The Atlanta rapper marks the release of his 20th album, 'Newjewbes' 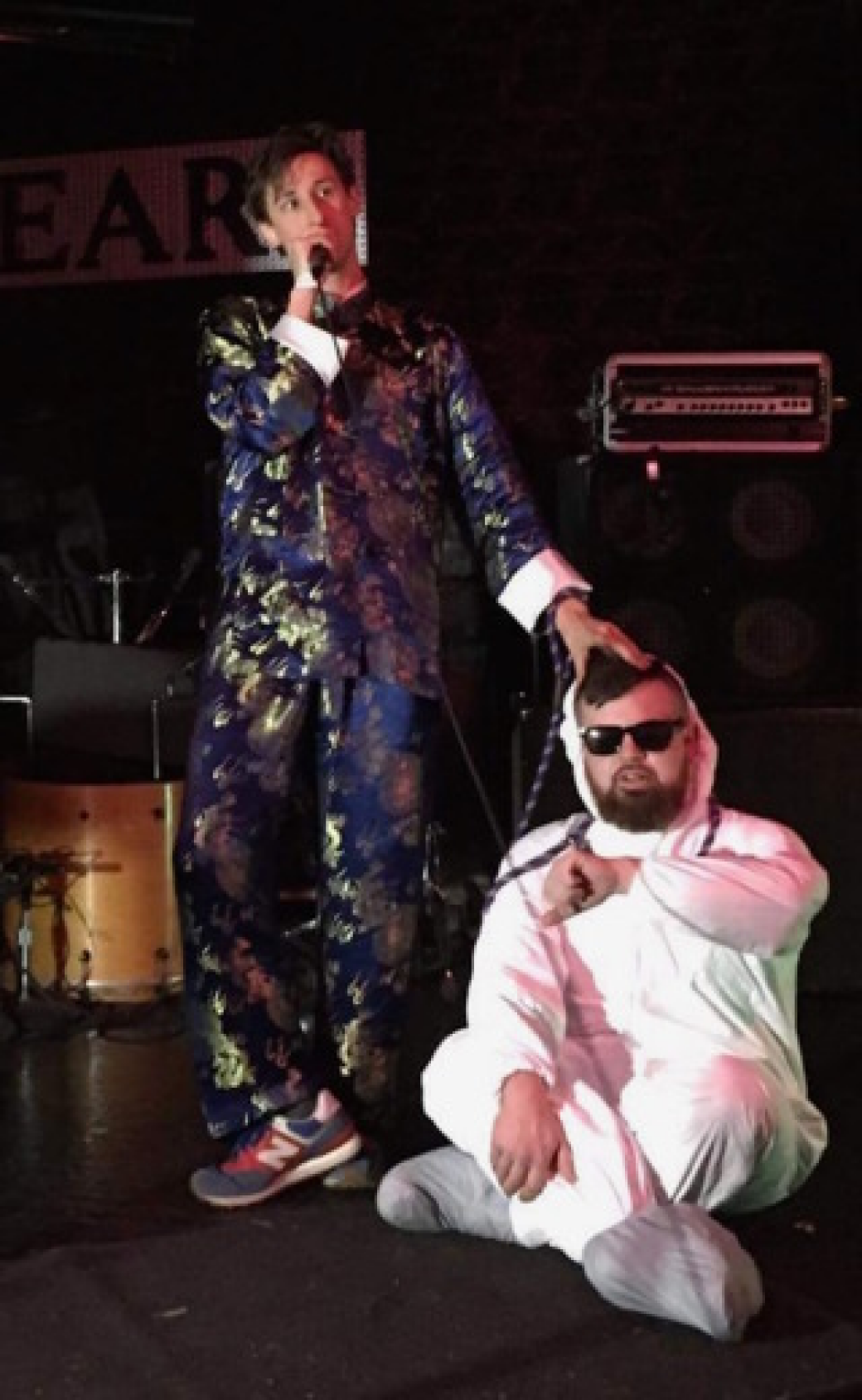 Much like the fictional horror film slasher that inspired his name, Atlanta rapper Michael Myerz just keeps coming back. Firing off a deluge of 20 albums in just six years, Myerz, born Michael Schwartz, has worked tirelessly to refine and re-invent his demented musical persona. Since 2011 his releases, which have dabbled in comedy rap, nerdcore and horror hip-hop, are all tinted by a nostalgic filter inspired by '90s pop culture. Now, in celebration of his 20th release, Myerz is breaking into an entirely new medium VHS tapes. On August 26, Atlanta's self-proclaimed Krust King will release his latest LP Nujewbes alongside a 30-minute VHS tape, aptly titled Booger Boys 3D: Revenge of the Plaque.

While 2017 may seem a strange time to be producing video cassettes, Myerz proclaims that "VHS culture is alive and well," thanks to resources like Goodwill and the internet."Tapes make you feel like a kid, and I'm a kid at heart," Myers says. "I love the medium, I know others who like VHS tapes will love it, because it plays into what my audience seems to like about my music."

Released through the cinema-obsessed magazine Lunchmeat VHS, Booger Boys is an oddball homage to the days when VCRs were king. Produced by Myerz' frequent visual collaborator Jake Kruse, the film is a visual mixtape that wildly weaves together music videos from the album between absurdist skits about hygiene and fake movie previews.

As for the album, the music of Nujewbes, a play on Myerz's Jewish heritage and the late Japanese DJ, composer and record producer, Nujabes, is as unabashed as its visual counterpart. Simultaneously longing for the past and enraged about the present, across the record, Myerz's rhymes oscillate between resentment and sentimentality. The dichotomy of Schwartz' alter-ego is most apparent on lead single "Dust Tone" as he denounces contrived activism, contemplates death, and fantasizes about anime girls in the same breath.

Compared to the overarching themes of previous records the cartoon-obsessed musings of Jewnami or the halloween themed Scary Stories to Smoke in the Dark on Newjewbes Myerz plays with a broader range of emotions by calling on the talents of multiple producers. Across the album's 16 tracks, collaborations with artists like sundrenched, mini luv, Handbook and Mr. Pia Classics, provide jazzy, old-school hip-hop backdrops to accompany Myerz's nostalgic tendencies. Elsewhere, the sample-heavy, J-Dilla styled grooves crafted by AyOh propel tracks like "Doobie Blasters," "Can't Stop," and "Oh, BB" to be among the record's highlights.

"Lyrically, the album was written as a conglomerate of all of my moods, and previous styles, but musically this was my attempt at classic, cut-and-paste hip-hop," Myerz says. "People have tried to put my music into a box, but I want to make clear that I will never be just one thing so don't expect the next one to be like this either."

Already looking toward his next project, Myerz plans to continue producing more video tapes. "We've already committed to making another VHS for my next album, and I'm hoping to pair every forthcoming release with a VHS tape," Myerz says. "If anything, making this album has taught me to fight for whatever I want in my music."

The sentiment is underscored in the song "Timeless," when he snarls: "There will never be a final installment in this franchise, this is a 24/7 carnival ride"

It's a smirking promise that the 25 year old will continue to change personas, medium, and genre without question. Currently pondering experimenting with genres ranging from thrash-metal to bubblegum pop, Myerz seems hell-bent on on expanding his already ridiculous output. And as the world eagerly awaits the inevitable Michael Myerz branded LaserDiscs and Betamax cassettes, for now the retro-tinged styles of Nujewbes provide plenty of nostalgia to keep his fans occupied.