Did Isakson say a sexual assailant would still be better than a Democrat? His office says no. 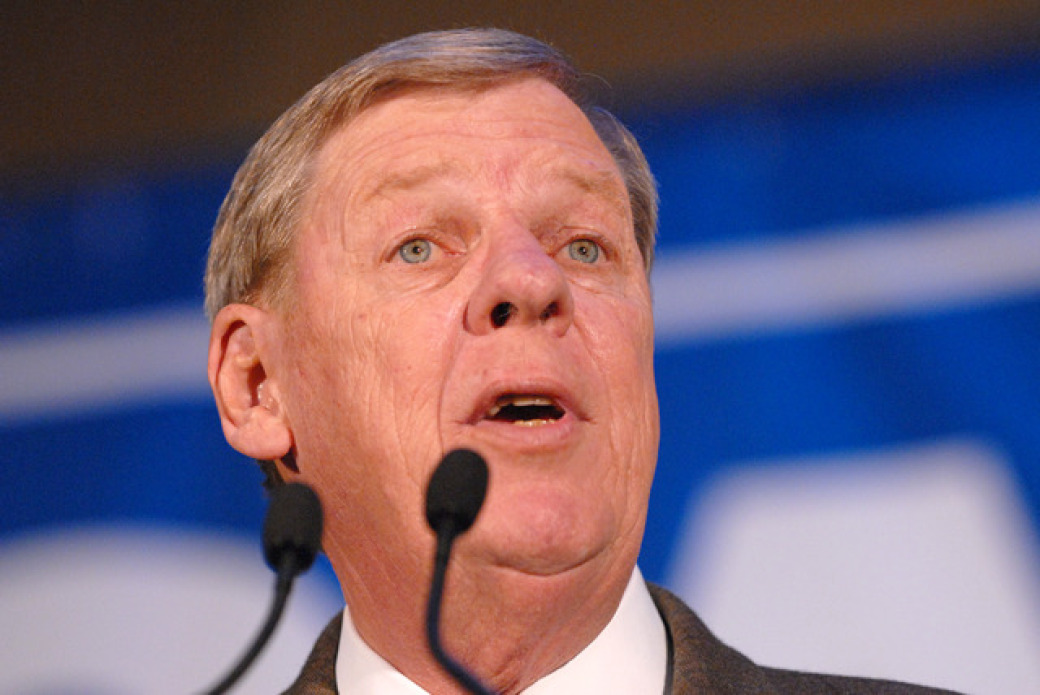 Perdue's Republican senate cohort, Johnny Isakson, however, said the five accusers' accounts of alleged sexual misconduct by Moore, a candidate for a U.S. Senate seat, hold more water than does his denial, according to the Atlanta Journal-Constitution. "The allegations seem a lot more credible than any defense he has put up," Isakson said, suggesting Moore should drop from the race. "Something like that is inexcusable and should be intolerable."

Still, Isakson seems to think an accused sex abuser might be better than a Democrat in office. "As a member of the Republican Party and an elected Republican, there's no circumstance under which having a Democrat would be better than having a Republican," he said, according to a Marietta Daily Journal report. "That said, anybody who violated the moral code of ethics and decency should not be serving in the United States Senate."

Perdue said he's waiting for more facts to surface before he sides with Senate Majority Leader Mitch McConnell, who called for Moore to retire his candidacy. "But these allegations are very serious, and if they're true, then in my opinion, he should step down and withdraw from the race," he said, according to another AJC article.

Updated Nov. 14 at 12:30 p.m.: Isakson's office reached out minutes after this post went live to insist the senator was not saying a sexual deviant would be better suited for office than a Democrat. Read the full emailed statement below:

The simple answer to your question, “Did Isakson say a sexual assailant would still be better than a Democrat?,” is no, he did not say that.

Senator Isakson stated in his remarks that as a Republican, he would prefer not to have a Democrat elected to take the seat. That said, someone “who has violated the moral code of ethics and decency in this way should not be serving in the United States Senate.”

He was making the point that, as the last person who would want to lose the seat to a Democrat, he does not want someone serving in the Senate who has violated the moral code of ethics and decency.