How the Westside was lost

20 years from now, the question will be, how did Atlanta lose its way? 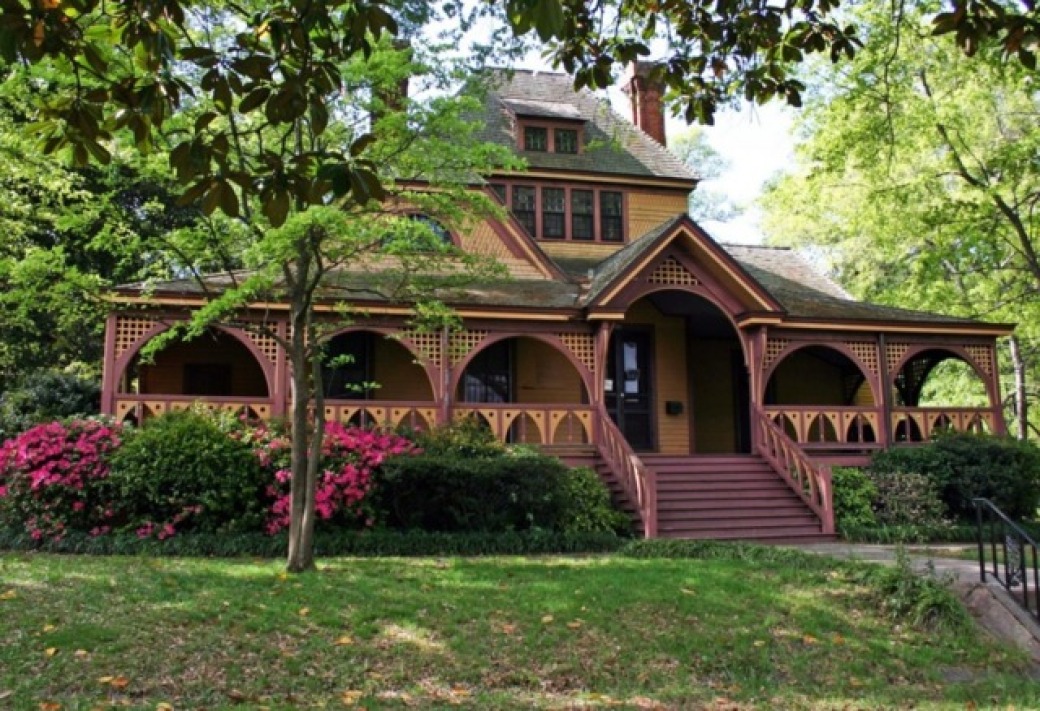 Twenty years from now, the question asked by people who lived in today’s Atlanta won’t be how did Mary Norwood lose to Keisha Lance-Bottoms in the December 2017 runoff? The question will be, how did Atlanta lose its way?

There’ll be plenty of theoretical answers, but most will be misinformed. It wasn’t when the Falcons lost the Super Bowl and everybody stopped giving a shit; or when Atlanta lost the Braves to Cobb County; or when the Hawks lost interest in even pretending they belonged in the playoffs. It won’t be when we lost Sandy Springs or Brookhaven, no more than it was when we lost Brett Favre.

It will be said that we lost Atlanta when Atlanta lost focus. We’ll say Atlanta forgot the Dream, and abandoned its diversified promise just to make what wealthier Atlantans considered “progress.” And those of us who saw it coming will say we lost our cool, and lost our soul, because we lost our got-damned minds.

It’ll be when we subsequently lost the entire Westside of Atlanta to the false claim of a trendy utopia, minus all the inconvenient black people. It’ll be because we all started accepting and believing the underlying message in that “Upper Westside” mural, which quite literally told us the writing was on the wall for anybody living west of West Peachtree but east of 285.

It’ll be because we ignored the signs. That includes those framed posters on the walls of east and westbound MARTA trains, promoting the Southwest BeltLine and its representation of a brave, new, non-black ATL. That also includes the big green exit signs hanging above 75/85, telling you where to turn for Mercedes-Benz Stadium, where even in 2037 you’ll still be able to visit a mini version of the Varsity, Atlanta’s most important restaurant, where middle-aged black men — perpetual Georgia Lottery losers in ketchup-red boat hats — flash forced smiles at your well-to-do Upper Westside family, knowing you’ll order four of the world’s shittiest chili dogs, and that you’ll still expect them to provide that needed taste of long-gone-with-the-wind nostalgia by asking your private-school-educated, Westview-raised children, “Whaddylyahave whaddylyahave whaddylyahave?”

We’ll say it didn’t help when we got rid of the mandate that at least one-third of the businesses in the airport — the Hartsfield-Jackson Atlanta International Airport — must have minority ownership. We’ll also say we could have supported political candidates that demanded proper public education in Atlanta and not just its suburbs. And we’ll feel silly that in a city overflowing with talent, we didn’t aggressively negotiate the hiring of local writers and creatives into all film industry contracts. Even after Donald Glover’s “Atlanta” stole the Emmys.

We’ll finally admit that winning the bid for Amazon HQ2 was ultimately a net loss for the city. We’ll realize we lost hella tax revenue by giving away so many incentives, not to mention the opportunity to turn the Gulch into the kind of open-to-the-public place people would still be happy to visit.

And when it all comes together, one day those of us with friends and family in the SWATS, which no one will even remember being an acronym for Southwest Atlanta Too Strong, will drive over to Lee Street and look at everything surrounding the West End MARTA station, and not know where the fuck we are.

We’ll ask pedestrians and commuters how to get to Soul Vegetarian, which way is the Wren’s Nest, and what happened to the campus of Morris Brown College. And what we’ll get as an answer will be a mixture of confusion and comic reaction from people who’ve no idea what we’re talking about, but can tell us which way to walk for the new Warby Parker.

We’ll realized we priced out our neighbors, who’d held onto historic homes for more than a century, only to allow themselves to be bought and sold out, on the relative cheap, and relocated to South Fulton. We’ll hear stories of people whose grandparents paid off 30-year mortgages and outright owned their properties, yet were hit with Eminent Domain or just lost grandma’s deed when she died, and shortly thereafter lost the land and house to legal trickery.

We’ll see older black men, who served decade-long prison sentences for possession of less than an ounce of what we used to call “weed,” roaming the streets with a stunned look of dejection at how much things have changed since the days of soul food meat-and-threes at Chanterelles. Of course, by then, medicinal cannabis will be sold in vending machines next to organic kettle-fried chard and bottles of Soylent Green Coca-Cola.

And so we’ll stumble up and down the Southwest Beltline, stunned and disoriented, asking anybody who’ll listen how to get back home. We’ll watch all the new Westsiders walking leashless robot puppies down the white-bricked road to their renovated Oakland City homes and realize that what we ultimately lost is a prized possession the city of Atlanta never realized it had, and so never realized it lost.

So today, as we look at the wackness of Downtown and all its tourists, who don’t even realize how stupid it is that a city as globally sonically influential as Atlanta would bend its fat, chicken-and-waffles-stuffed ass over for Hollywood and Amazon, yet never gave a post-brunch shit about the world-changing music that came from its forgotten neighborhoods — specifically the SWATS.

So when you find your way home tonight and take a proper bong rip of the decriminalized weed Vincent Fort fought for you to smoke without consequence, go look up Mays High School and Tri-Cities High School and the Atlanta University Center and Charles’ Disco and Simpson Road and Bankhead and everything else on the Westside that will be long-lost by the time we’re all too old to remember the lyrics to our favorite song from ATLiens. With a little honesty and sobriety, you might even hallucinate enough to see, from a futurist’s perspective, exactly how we lost Atlanta, and where we let the win slip right through our fingers.

This piece was originally read at Write Club Atlanta on Nov. 8, 2017.