More than 20 emerging female artists will paint murals along Moreland Avenue in an effort to spruce up the 'hood. 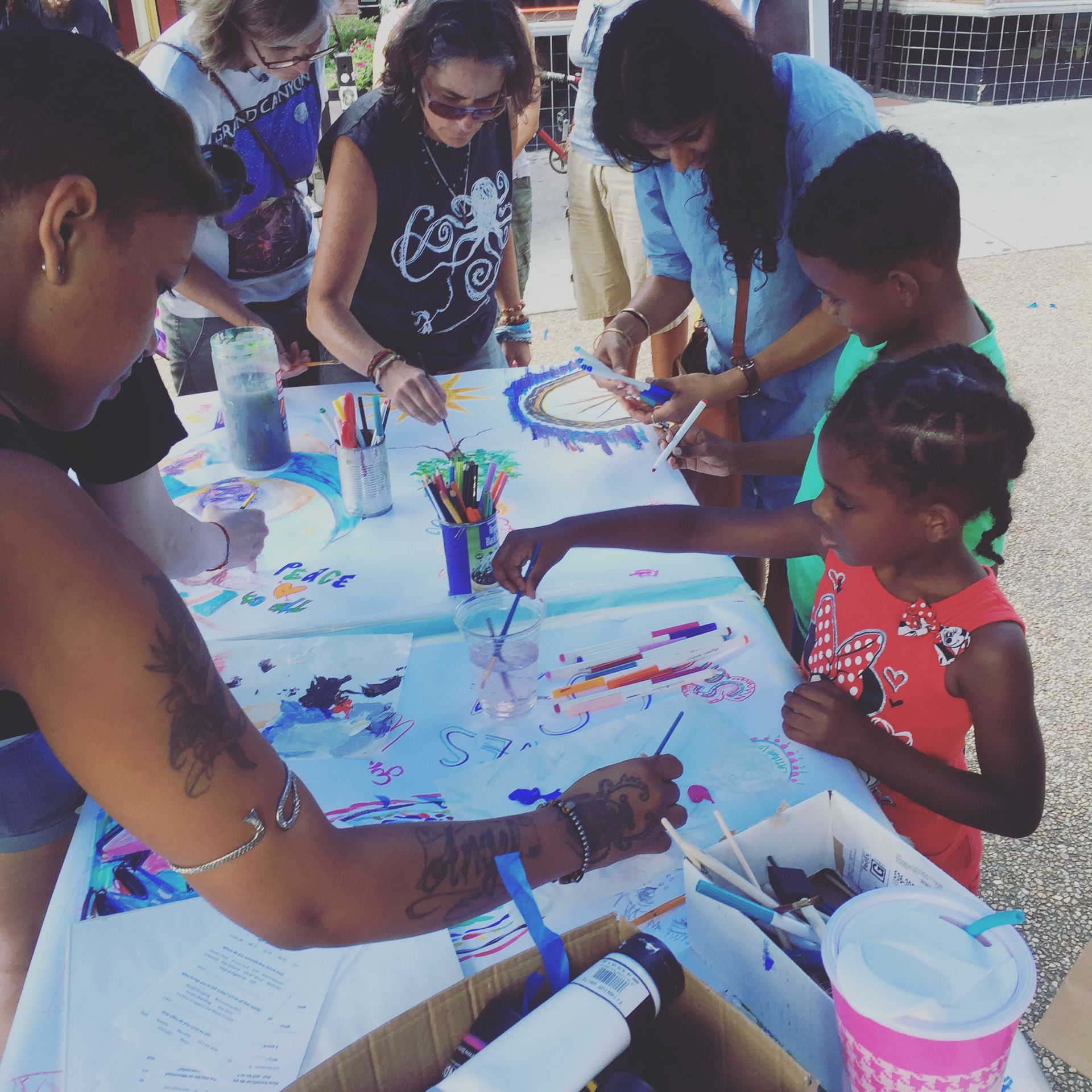 Photo credit:
Sometimes, all it takes is a chance meeting of two creative minds to spark the idea for something big. That was the case when freelance artist and designer Lauren Pallotta Stumberg met small-biz owner and Little Five Alive neighborhood association president Carly Berg at Little Five Arts Alive, where Stumberg was creating a sculpture from upcycled objects in Findley Plaza. “We spoke about the community’s enthusiasm for murals on Moreland Avenue in Little Five Points,” Stumberg says, “then looked at each other and said, ‘Yes! Let’s do it!’” Thus, the Moreland Mural Project was born.

The project, which officially launched in early July of this year, “is a neighborhood-driven initiative with the mission to cultivate community relationships by creating more vibrant public spaces,” explains Stumberg, who is also serving as the MMP’s curator. “The goal is to connect local stakeholders with local artists to establish a vision and ultimately create the Moreland Avenue murals.” (Berg, who also runs Above & Beyond Bookkeeping, serves as community liaison.) Twenty-two emerging female artists, including Tori Tinsley, Lela Brunet, Estela Semeco, and Iman Person, will create murals along Moreland Avenue on the concrete walls supporting the DeKalb overpass.

“A major aspect of this project’s mission is to pay the artists a fair wage for helping to beautify the city,” Stumberg says, “so we’re constantly seeking out opportunities to connect with the community to build awareness and raise money.” MMP will be at farmers markets and other local events around the city selling T-shirts and art prints to raise money and garner support for the artists. Local nonprofit C4 Atlanta is MMP’s fiscal sponsor managing the project’s online donations. Adds Stumberg, “This project is part of a larger effort to revitalize the Little Five Points neighborhood through the arts and reclaim its identity as a safe and eccentric arts destination for locals.”

Little Barn Apothecary will now have brick-and-mortar outposts on the Westside and at Serenbe | more...

The event will offer tools to help those experiencing illness, grief or personal challenges. | more...