Daikaiju, Insect Surfers, the Mystery Men?, and more bring the sounds of the beach to Avondale Estates 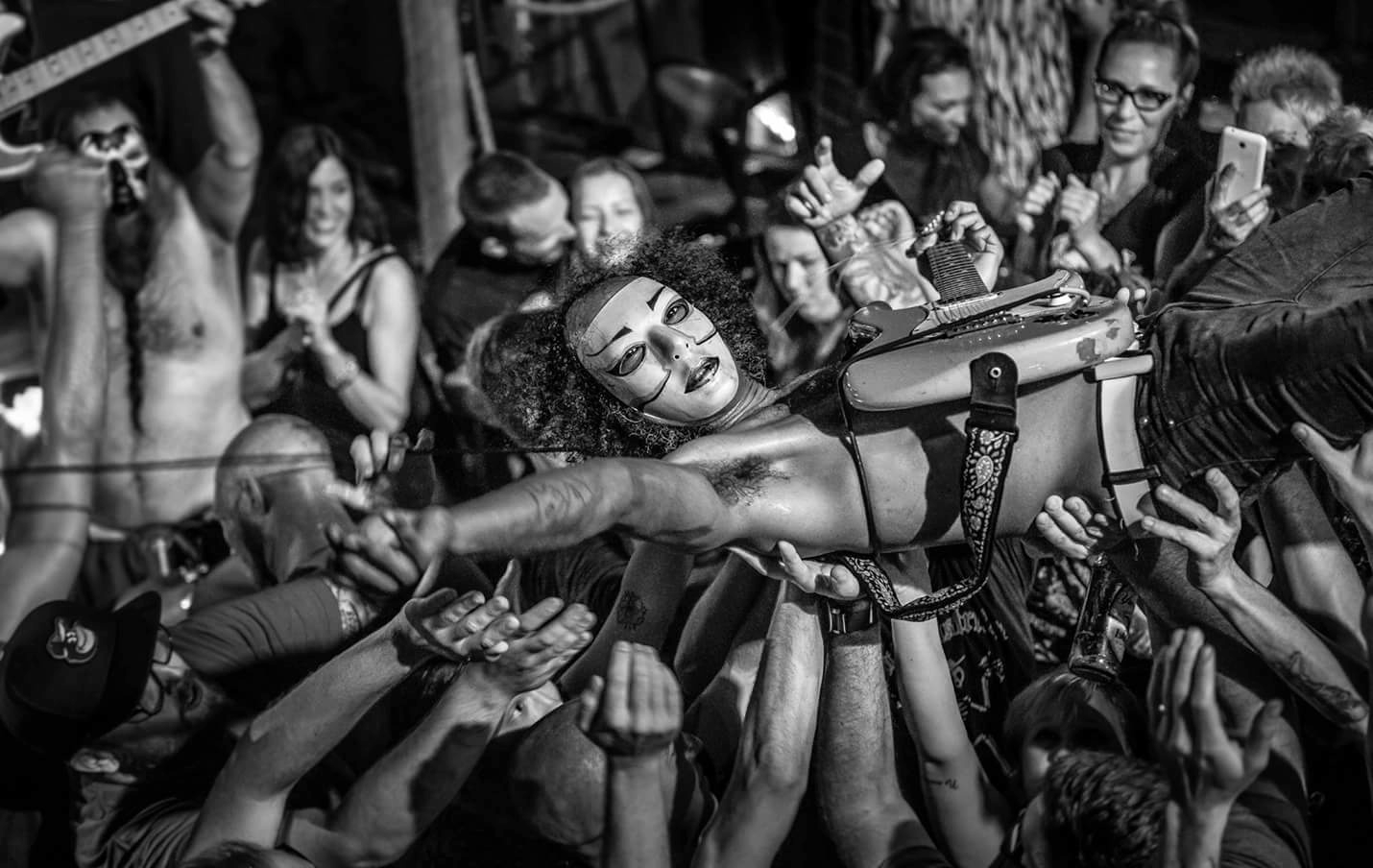 The Atlanta surf scene has probably never been stronger thanks to Chad Shivers and a tight-knit group of friends and fellow surf music aficionados. Through his monthly Southern Surf Stomps at Kavarna, his Southern Surf StompCast podcast, and his newly minted Southern Surf StompFest!, Shivers has focused, unified, and grown a once small and fragmented scene. This is an enterprise that few others are qualified to take on.

Since coming into its own from the mid-'90s to early aughts with bands such as the Penetrators, the Surge, and Man, Or Astro-man?, the Atlanta surf scene has ebbed and flowed in size and popularity. In recent years, the scene has been bolstered by the Clarkston Surf Fest (which later became the Douglasville Surf Fest) and the Drive-Invasion, which featured a side stage dedicated to surf music. But with the demise of the Clarkston/Douglasville Surf Fest, Shivers has picked up the torch to create the flagship Atlanta surf festival under his Southern Surf Stomp brand. In its second year, the festival is growing to not only represent the city’s surf bands, but the Southeast’s surf scene as a whole.

Shivers checked in to talk about how this year’s festival is shaping up, how it has grown since last year, and where he hopes to take it in the future.

This is the second year of Southern Surf StompFest!. What prompted the idea for the festival last year?

We wanted to continue the strong tradition of a free, day-long, all ages festival dedicated to surf music established by the Clarkston and Douglasville Surf Fests. Southern Surf StompFest is also inspired by some of the wonderful events around the country such as the Instro Summit in North Carolina and the Surf Guitar 101 convention in Southern California. With our monthly show growing and becoming more popular, 2015 seemed like the right time to host our own festival.

Other than it focusing on surf music exclusively, how else is the fest different than other fests?

I honestly feel there is a greater sense of community. Everyone involved with the event is a dear friend and has personal connections with each performer.

You’re doing the festival in Avondale. Why there?

Last year we were searching for a venue and someone had suggested Little Tree Art Studios, which is funny as I actually have a practice space there. It turned out to be the ideal place with an existing stage, lights, great feel, plenty of space, and room to grow.  Working with Bob from Little Tree and the people from the city of Avondale Estates has been an absolute pleasure and everyone has been so helpful and supportive of what we are trying to accomplish.

With big events like these, it always seems like there is a learning curve for the first year. Although the festival ran smoothly last year, are you approaching anything differently this year?

We were pretty thrilled with how things went in 2015 so there are no drastic changes. With a bigger budget this year we were able to get some internationally acclaimed acts such as Daikaiju and http://www.insectsurfers.com/" rel="external">Insect Surfers.  We also did away with an after party to include more bands on the festival stage. Many individuals have been kind enough to volunteer so we will have a greater staff on hand to help out where needed.

How does this compare to some of the national surf fests?

I'd say that ours is more inclusive being that it's free for all ages.

Tell me about the artists playing this year.

Daikaiju is insane.  More instrumental than surf, they're known throughout the world for their antics such as lighting their instruments on fire, playing literally on top of their audience, as well a climbing on to rooftops without missing a beat. With 200+ dates a year, they're definitely the hardest working act I know.

Having formed in 1979, the Insect Surfers are the world's longest running modern surf band. They play a mix of surf and psychedelic instrumentals. We're honored to have them all the way from Southern California!

With one foot deeply rooted in classic surf and the other stretching out as far as it can go, the Mystery Men? create a wall of sound utilizing three guitars to weave an intricate sonic tapestry.

The Intoxicators! are dressed to impress in custom suits and sound like tape that was sped up and recorded too hot. I'd say guitarist Gary Evans is one of the top players in the genre, especially here in the Southeast.

The Surge! play traditional surf the way it's meant to be played:  loud, fun, energetic, and heavy on the melodies with tons of style.

Phatlynx started out as an homage to the late, great Link Wray but has really grown into it's own thing.  The band is the brainchild of one of my heroes Crispy Bess, who founded the Instro Summit and played with acts such as Southern Culture on the Skids, Uncle Tupelo, even Tiny Tim!

Caroline & the Ramblers is, in my opinion, Atlanta's greatest roots/rockabilly/classic country combo. We like to mix it up a bit so they'll be our 'turf' portion of the day, giving listeners a break from all that surf and instrumental music.

The Monterreys are an aggressive power trio who mixes surf with flamenco.

All the way from Virginia, SEAWHORSE are a bunch of young guys playing sax-driven surf in horse masks. The quartet can PLAY and are a lot of fun, not to mention hilarious.

The Penetrators were the first surf band I ever saw and made a positively huge impression on me. Tragically, half of the members are no longer with us so members of the Southern surf scene will be filling in alongside the original rhythm section to pay tribute to this iconic band.

Using this festival as an opportunity to look backward, has the surf for Atlanta and the region changed at all in a year or since you started doing the Southern Surf Stomps a few years ago?

Definitely.  While we've always had a great surf scene, it's been somewhat disjointed. It seems like the Stomp has helped to focus the community and give it more drive. Atlanta has become a destination for surf bands to come play, and is starting to receive some international recognition.

The mid-'90s saw a resurgence of surf music after the heyday in the late '50s and early '60s. It seems to me that, while we might not ever see that kind of growth for any genre specific music again, the surf scene has grown since we last talked last year. Do you see that happening again?

I think surf music is bigger than ever with more bands, festivals, and connectivity through the likes of surfguitar101.com and Facebook. It's just a matter of media attention and/or having a push like that given by Pulp Fiction in the mid-'90's. So it's hard to say whether something like that will happen again but I'm optimistic.

I'd love to see the festival and our monthly shows become a bigger player on the global stage, attracting bands and fans from all over while bringing attention to the tremendous talent we have here in the Southeast. At home, to reach out to a younger audience and have surf taken more seriously among various media platforms. There is truly something wonderful here in the Southern surf scene just waiting to be discovered. But most of all, we just want keep pushing forward, putting on the best events we possibly can, hopefully making them bigger and better in the process.

... And don't forget about the kick-off party at Trader Vics with Kinky Waikiki and the Dangling Tassels tonight (Fri., Sept. 16). 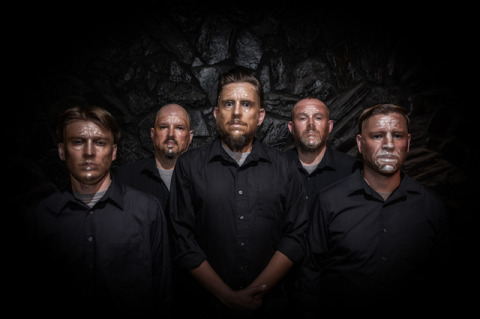