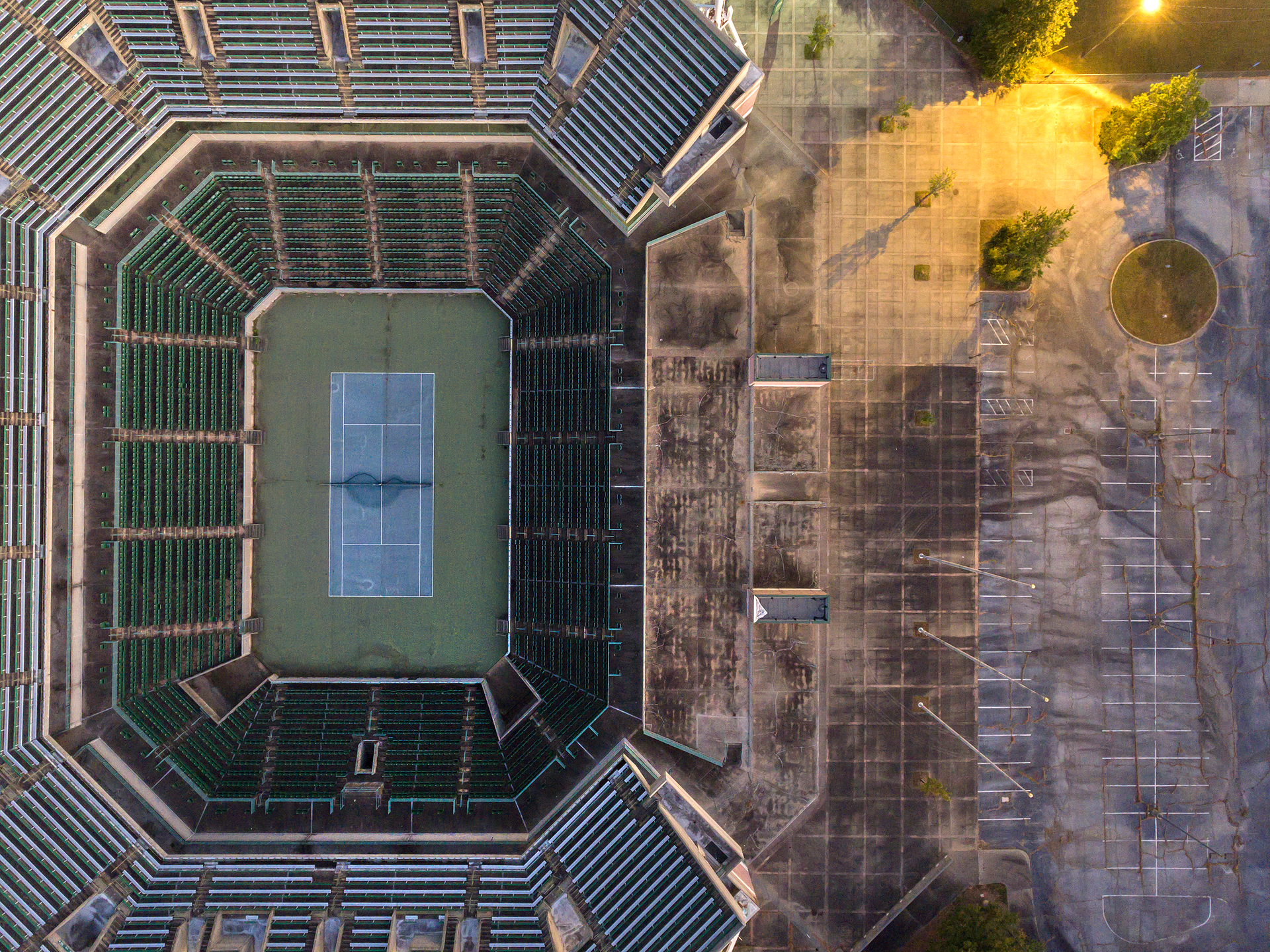 Photo credit:
A few weeks ago I passed a written test and became an F.A.A. Certified Commercial Drone Pilot. In the days since, I have been trying to fly my small DJI Phantom 4 drone as often as possible to increase my skills as a pilot and aerial photographer. As a working photojournalist, I have done many aerial photographs from helicopters and small airplanes. Now that drones have become easier to fly and affordable, it was only natural that I became very interested in the creative possibilities of drone photography.

I believe this photograph of the 1996 Olympic Tennis Stadium is a good example of how a drone can be used to make a storytelling photograph. I live near the stadium. When I drove by I often wondered why its gates were always locked and the facility was in a state of disrepair. After reading a recent news article saying that the stadium was going to be demolished to make way for a new housing development, I thought it  might make a compelling and newsworthy subject for a drone photograph.


I was trying to contrast the better-looking stadium and seats on the left with the parking and entry area on the left that showed the wear from a lack of maintenance. Before sunrise, the one security light casts an orange glow and creates an appropriate mood for the image. I believe that the image is beautiful, and that this beauty helps to convey the underlying message. There is, of course, a larger story to this photo about how facilities that cost millions of dollars to construct for the few days of the Olympic Games are utilized afterwards. In this instance, it seems like the facility was never used to its full potential.