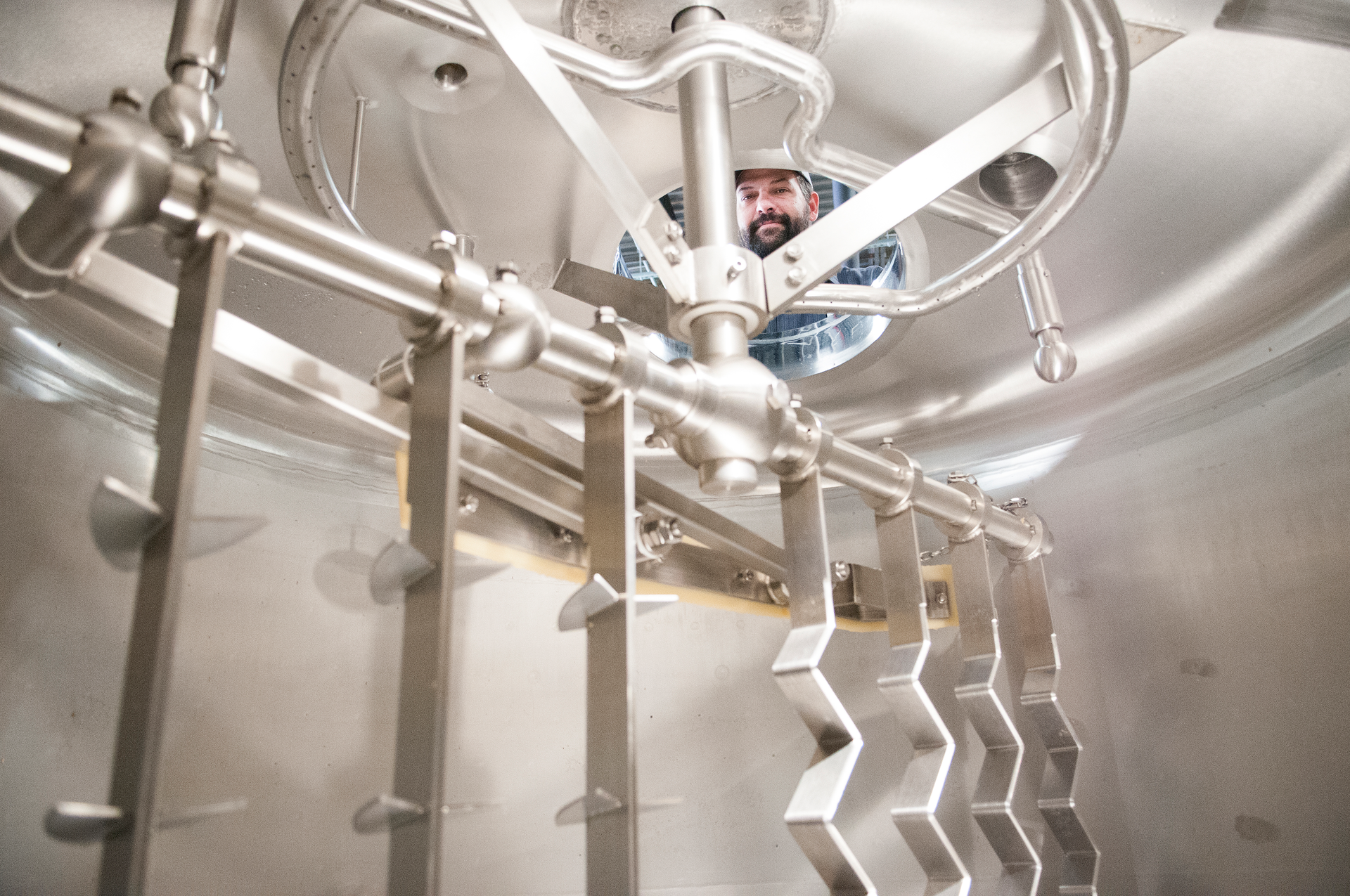 Photo credit:
Scofflaw Brewing Co. is an interesting brewery. First off, they don’t have a Twitter handle. Their brewmaster moved here from the beer mecca of California, and at the time of this writing, five of the six beers on tap at their Westside location — less than a 10-minute drive from Monday Night, Red Brick, and Second Self — are IPAs or double IPAs. And much like the impressive, built-to-scale space, the beers themselves are surprisingly great for a brewery that just launched at the end of July.

Travis Herman, 42, has a microbiology and chemistry degree. While maintaining a day job in the pharmaceuticals industry, he started homebrewing about 12 years ago and soon found himself working at some of the country’s finest breweries. After interning for the Lost Abbey, working at Russian River, and helping start Arizona Wilderness, he moved to Atlanta in late 2014 and now lives a quarter mile from Scofflaw in Adams Crossing.

As brewmaster, Herman leads a team that includes former Terrapin and Jekyll brewers. (“They keep us in tune with what’s going on, and I make sure that the science side of it makes sense,” he says.) And if their early creations are any indication, Scofflaw could be one of the state’s most-talked-about breweries in the years to come.

Creative Loafing caught up with Herman at the brewery, which was humming along on a weekday evening. While there’s a lot of space there now, barrels and additional fermentors will quickly fill it up in the months to come. Amidst a growing tour crowd, we talked about why he came to Georgia and what makes Scofflaw special.

I come from Oklahoma, where craft beer pretty much didn’t exist when I was growing up. But when I moved to California, I was just blown away that you could buy craft beer in grocery stores. I was really mesmerized by Sierra Nevada and New Belgium’s Fat Tire. We would drive to Oregon on a Saturday morning just to pick up some New Belgium before they distributed to California.

You’ve worked at the Lost Abbey and Russian River in California, one of the beer capitals of the world. Why move to Georgia?

I’d never been to the South, but I knew I wanted to open a brewery. I was looking for a market that wasn’t as completely saturated as the markets I was working in. We came out here, saw the South, and were pretty impressed with the whole thing. I liked how friendly everybody was and how green everything was. It was very nice. The beer laws aren’t as friendly here, but I think that’s gonna change soon with all the breweries opening up.

We’ve started our wild side of the brewery and captured a lot of native organisms wild yeasts carefully harvested from plants and used for spontaneous fermentation from around Georgia. We caught some in the graveyard behind the brewery, some in an apple orchard, one from one of our local front yards. We’ve probably captured a hundred different organisms, trying small fermentations with them. Out of those hundred, we got maybe 10 that were viable candidates, and then six of those that had all the things you look for in a wild organism. And those have been going for about a year and half now.

Price: Depends how many Vanilla Porters you drink

Meet the 2016 Vanilla Porter. Red Brick's original Oatmeal Chocolate Porter recipe has been beefed up with two types of vanilla beans and 8 percent ABV, and they’re throwing a party to celebrate.