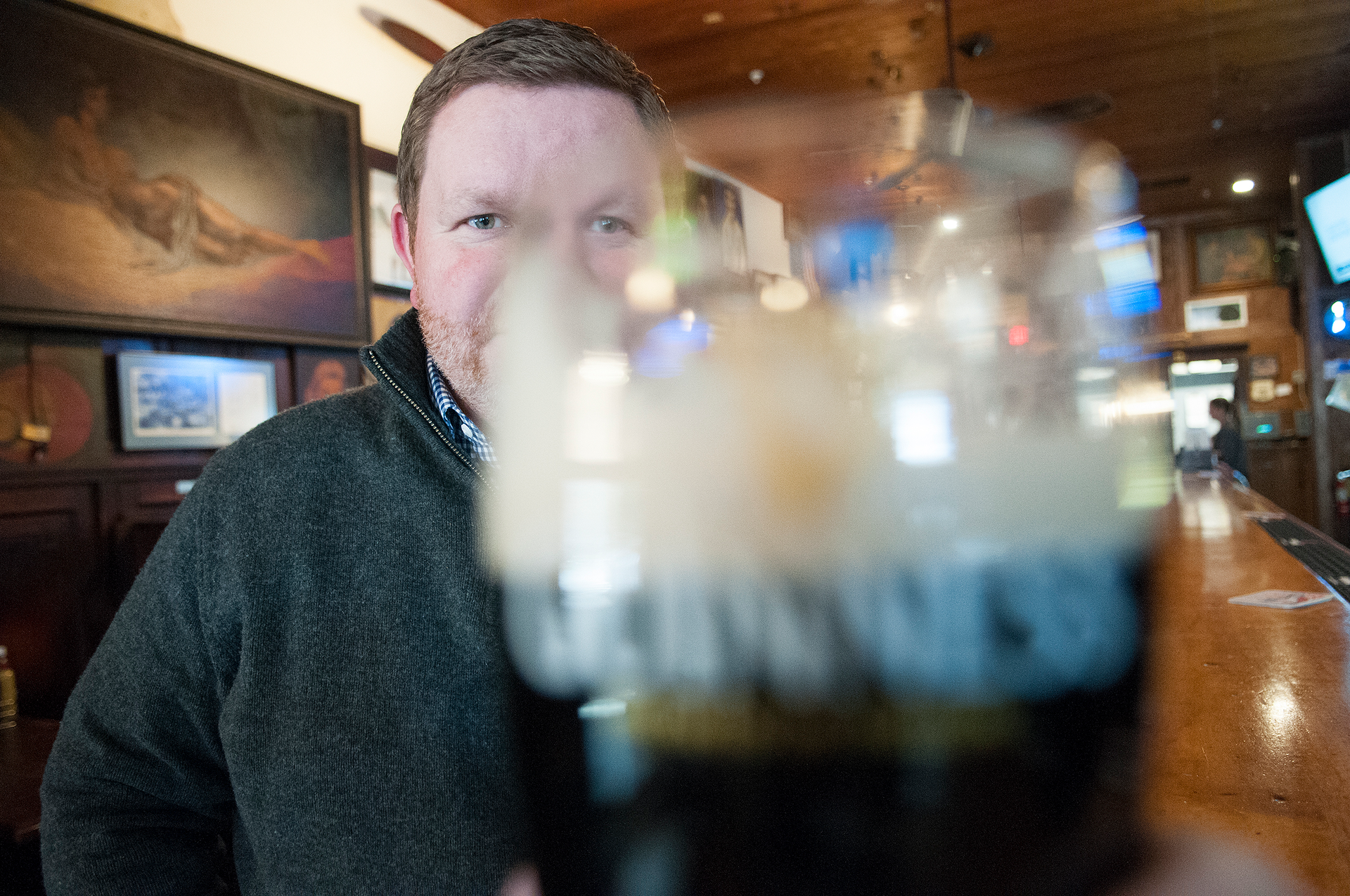 Photo credit:
Dan Fontaine was born in Alabama, but Atlanta is where he came of age. After playing baseball and earning a bachelors in business management from Auburn, he moved to Atlanta and started doing stand-up comedy. Here, he fell in love with SweetWater 420 and the woman who would one day become his wife.“I love this city,” he says. “It’s where I really started to learn about myself. It’s hard to imagine being anywhere else.”Fontaine has bounced around jobs over the years, including a stint as promotions coordinator for The Onion in New York City. But as he started giving brewery tours (he co-ran the company Atlanta Beer Tours with a friend for a time), and doing a beer podcast (“BeerPop!”, which is currently on hiatus), and just generally obsessing over all things beer, he realized that he should be doing this stuff for a living. As it turns out, it was simple as checking Facebook, where he saw a job posting for a Guinness Brewery Ambassador. Today, just nine months into the gig, Fontaine focuses mostly on training and education at bars, restaurants, and with local distributors, and holds tasting events throughout the Southeast. Creative Loafing caught up with him to see how it’s going and what he hopes for the future of beer — the kind made in Ireland and Georgia.Describe your first beer.I don’t remember exactly but I have a vague memory of being a kid, say eight or nine, and sneaking a sip of a Miller Lite. I remember how cold it was, the lively carbonation, and how strange it tasted. Like a really weird soda. I kinda liked it. I don’t drink a lot of American light lagers these days but I really appreciate it when I do because that taste always brings me back to that memory. That’s one of the amazing things about beer, how aromas and tastes can really spark memories of times and flavors from your past.The tours, the podcasts — they all seem like stepping stones to making beer your life.Yeah, I was always doing something else completely unrelated but definitely had an interest in brewing, pub culture, and exploring new styles and brewing regions of the world. With Atlanta Beer Tours, my partner Aaron and I really just wanted to share Atlanta’s growing beer scene with other people. I’m no longer involved, but he’s doing a great job continuing that mission. Our podcast, “BeerPop!”, which is returning soon, was just an extension of our interest in beer. But yes, there was always that far-off goal of “working in beer.”How did the Guinness gig come about?I saw a link to the Guinness Brewery Ambassador position on Facebook and it seemed like a great fit. Two of the main requirements were someone who was passionate and knowledgeable about beer, and being comfortable speaking to large audiences. My background in beer tours and stand-up were a perfect foundation for this job. I’ve talked to thousands of people who really only know about Guinness Draught and are excited when they realize that we’re experimenting with different styles, updating old recipes, and bringing those beers to market.What do you hope for the future of Georgia beer?I hope we continue to see a rise in bootstrapped, mom-and-pop businesses that don’t worry so much about expansions or exit strategies. I would love for every neighborhood in the city to have a small brewery making great beer, or a 30-seat, nano-brewpub pouring world class brew with five menu items that blow people away, or a market that’s focused on beer and food pairings that can really push that niche forward. Anything that can be an asset to the community, be great at what they do, and educate beer lovers, that’s what I want to be a part of.BEER EVENTSCinco de SiberiusWhen: Mon., Dec. 5, 7 p.m.Where: Wrecking Bar Brewpub, 292 Moreland Ave. N.E.On the fifth of every month, Wrecking Bar taps its delicious Mexican Siberius Maximus, a Russian imperial stout barrel-aged with peppers, cinnamon bark, cocoa nibs, and vanilla beans. The tastings have become the stuff of local beer legend.Cherry Street Brewing’s 4th AnniversaryWhen: Sat., Dec. 10Where: Cherry Street Brewing Cooperative, 5817 S. Vickery St., Cumming