Overdose reversal drug is coming to a Georgia pharmacy near you 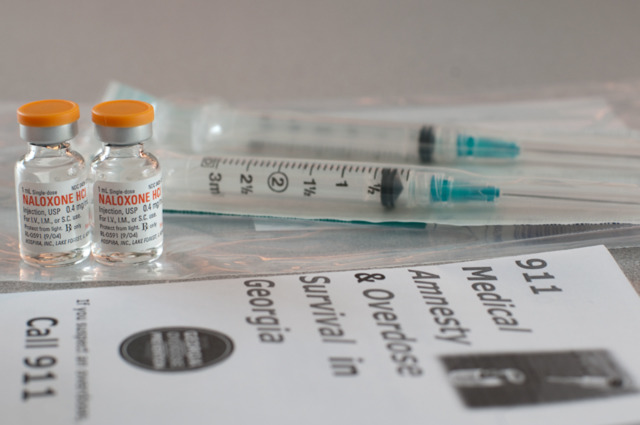 A drug that can prevent overdose deaths from opioids like heroin should soon be available from Georgia pharmacists without a personal prescription.

Georgia this week authorized wide sales of naloxone, often known by the trade name Narcan. Under a statewide rule change, people without a prescription will be able to walk up to a pharmacist and buy the overdose reversal drug as an injection or nasal spray.

“It will allow people greater access to this life-saving medicine,” says Mona Bennett, the co-founder of the nonprofit Atlanta Harm Reduction Coalition. Her organization has long been handing out naloxone kits and providing training to laymen.

About 30 states already allow such sales. An injected dose runs $45 and a nasal spray runs $110 at CVS in the states where the direct sales are allowed, says company spokeswoman Erin Shields Britt.

Britt says she expects CVS will explore sales in Georgia under the new state rule. In other states, she says, the company has taken some time to review rules and have a training period for staff before starting sales.

Greater access to the drug could mean fewer overdoses, which is good news. The downside: the drug is prohibitively expensive, says Bennett. She says she hopes there are congressional hearings about it, the same way Congress grilled Mylan, the manufacturer of EpiPen, over a huge price jump for the emergency allergy treatment.

“It’s that same kind of medicine where seconds count,” says Bennett, adding that AHRC will continue to hand out naloxone kits and training. “I’m hoping that the manufacturers will take a deep look at their consciences and not let the bottom line be the only line.”

Republican Gov. Nathan Deal announced the deal for sales earlier this week, which is being accomplished by tweaks to state rules and an order to pharmacists.

“The state of Georgia and the country as a whole are currently experiencing an opioid abuse epidemic. In the fight against this trend, naloxone has come to be considered an important and life-saving tool in treating opioid overdoses,” Deal said in a written statement.

Georgia already has a Good Samaritan law that gives some legal immunity to people on certain minor drug charges if they call 911 for help when someone overdoses. It’s meant to make sure people feel safe calling for help.

“Don’t run. Call 911 and get medical attention,” says Bennett.  An overdose can last longer than naloxone.

Under the new rule, naloxone is still regulated — buying naloxone won't be like buying aspirin. Georgia pharmacies will collect the name, address, and date of birth of all naloxone buyers, though nothing limits the amount they can purchase. The Georgia Department of Public Health is advising would-be buyers to get familiar with how to recognize signs of an overdose and to learn about how to administer the drug.

Georgia congressman tapped for Trump job could shake up Obamacare, Gold Dome politics | more...
Search for more by Maggie Lee
[Admin link: Overdose reversal drug is coming to a Georgia pharmacy near you]