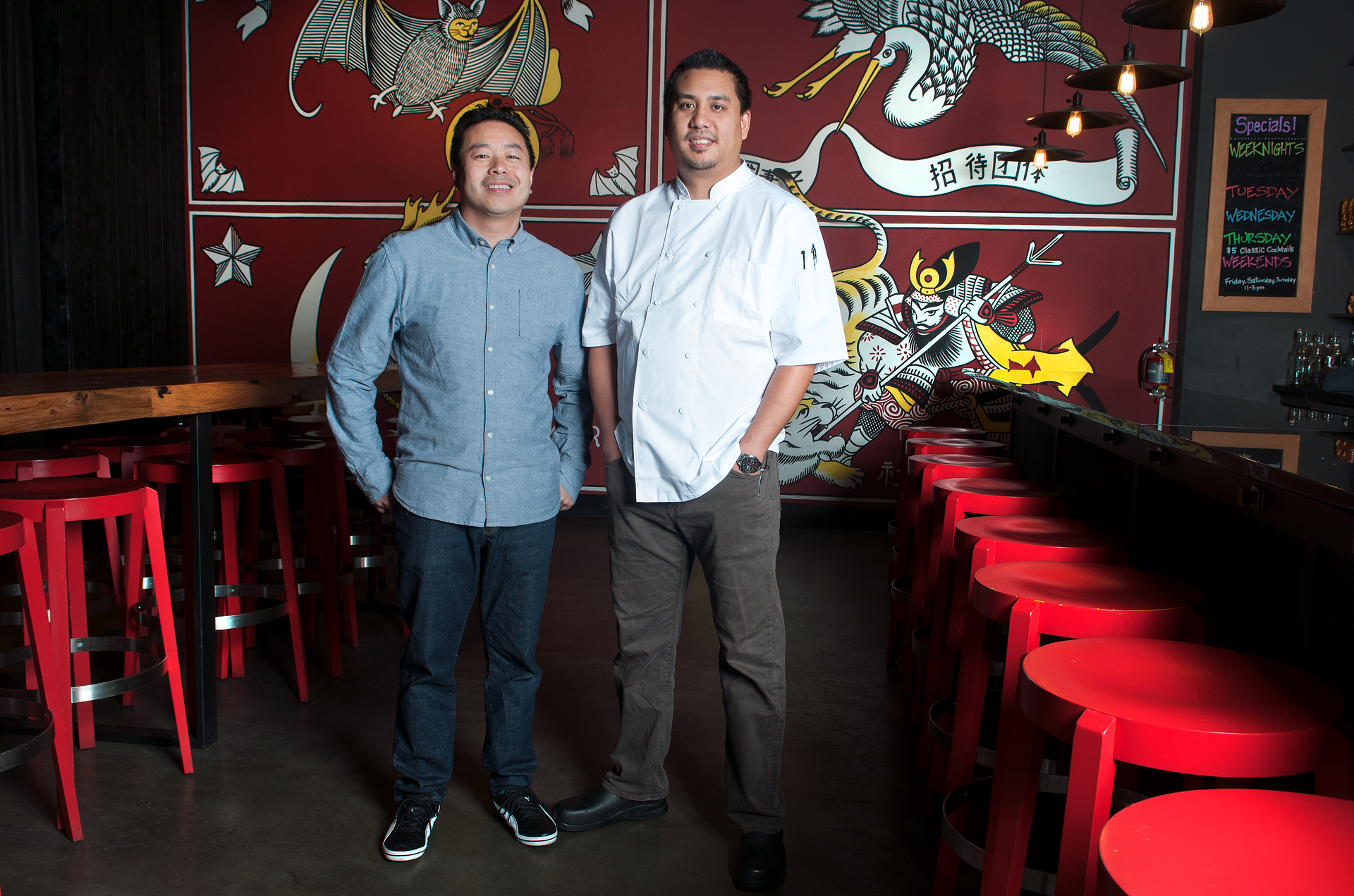 Photo credit:
According to restaurateurs Michael Lo and George Yu, Atlanta definitely has not reached “peak ramen.” In fact, they find the idea rather absurd.“Ramen is amazing,” Lo says. “It’s affordable, versatile, and such a great comfort food. So if you compared it to great burgers or pizza, we are nowhere close to having enough ramen in Atlanta.”Back in 2014, the duo’s Pan-Asian debut, Makan, was one of the first ITP restaurants to offer ramen. The same year, they started their annual Atlanta Ramen Fest, which has since raised more than $20,000 for the Giving Kitchen, a local charity that provides emergency assistance to restaurant workers in crisis.That was three years ago. Today, there are ramen shops in nearly every neighborhood, with some of the newest iterations coming from heavy-hitters like Guy Wong and Mihoko Obunai. But rather than backing away from what many are calling a trend, Lo and Yu are doubling down.Last January, the duo opened noodle shop Mama Tiger on Emory’s campus. In October, they rebranded Makan as Taiyo Ramen, paring down the menu and doubling their ramen offerings. In November, they opened Suzy Siu’s Baos in Krog Street Market, which focuses almost exclusively on Taiwanese-inspired steamed buns.This year, Lo and Yu are upping the ante with a new ramen concept called Ramen Station in Grant Park’s Larkin development and an upscale Korean steakhouse and raw bar called Noona in downtown Duluth. Both restaurants are scheduled to open by mid to late 2017. Yu, who will serve as executive chef for all five concepts, grew up near Duluth and says the city’s historic downtown is pushing for more community, walkability, and independent concepts. The Grant Park location was a pretty simple matter of supply and demand — “Our customers were like, you should open in Grant Park, and we’re like, OK!” Lo says.Lo and Yu take great care to listen to the will of their diners. A less-than-stellar 2014 Atlanta Journal-Constitution review criticizing Makan’s “Pan-Asian confusion” created serious conversations in the kitchen. The duo decided to focus on what people wanted: the ramen and the small plates. “A restaurant is definitely an organic, living thing,” Lo says. “You can’t just have this concept in mind and if it doesn’t work then you’re unresponsive.”At the same time, the duo hopes to continue educating diners on the intricacies of Asian cuisine. Both are first generation immigrants (Lo from China, Yu from Taiwan) who grew up working in their parents’ Chinese restaurants, where there was little room for creativity or quality ingredients. Since then, the typical American palate has broadened, but stereotypes remain.“The biggest hurdle for Asian chefs in Atlanta is the misconception that Asian food has to be cheap,” Lo says. Yu recalls the time he put frog legs on the menu. Diners complained about the price, saying they could get the same dish for half as much on Buford Highway. “And I’m like, ‘Yeah, but these are wild caught frogs from Georgia,’” he says. “If you got the same thing at some French restaurant, you’d be paying way more.”


Lo nods. “We want to elevate Asian cuisine so it doesn’t always have to be this hole-in-the-wall experience,” he says. “There’s a sense of pride in wanting to present this food we love in a better light.”

Chicken and dumplings is the ultimate cold weather comfort food, but in the hands of veteran chef Zeb Stevenson, what appears to be a simple, familiar dish becomes soulful with one bite. Stevenson braises whole pastured birds and slow simmers his stock for richness, adding strips of tender chicken, carrots, celery, parsley, and thyme to the thick broth. Dumplings are steamed to order so they... | more...
Search for more by Hilary Cadigan
[Admin link: Michael Lo and George Yu: The ramen advocates]

Spider for Michael Lo and George Yu: The ramen advocates