Local comedian uses his platform in Atlanta for good 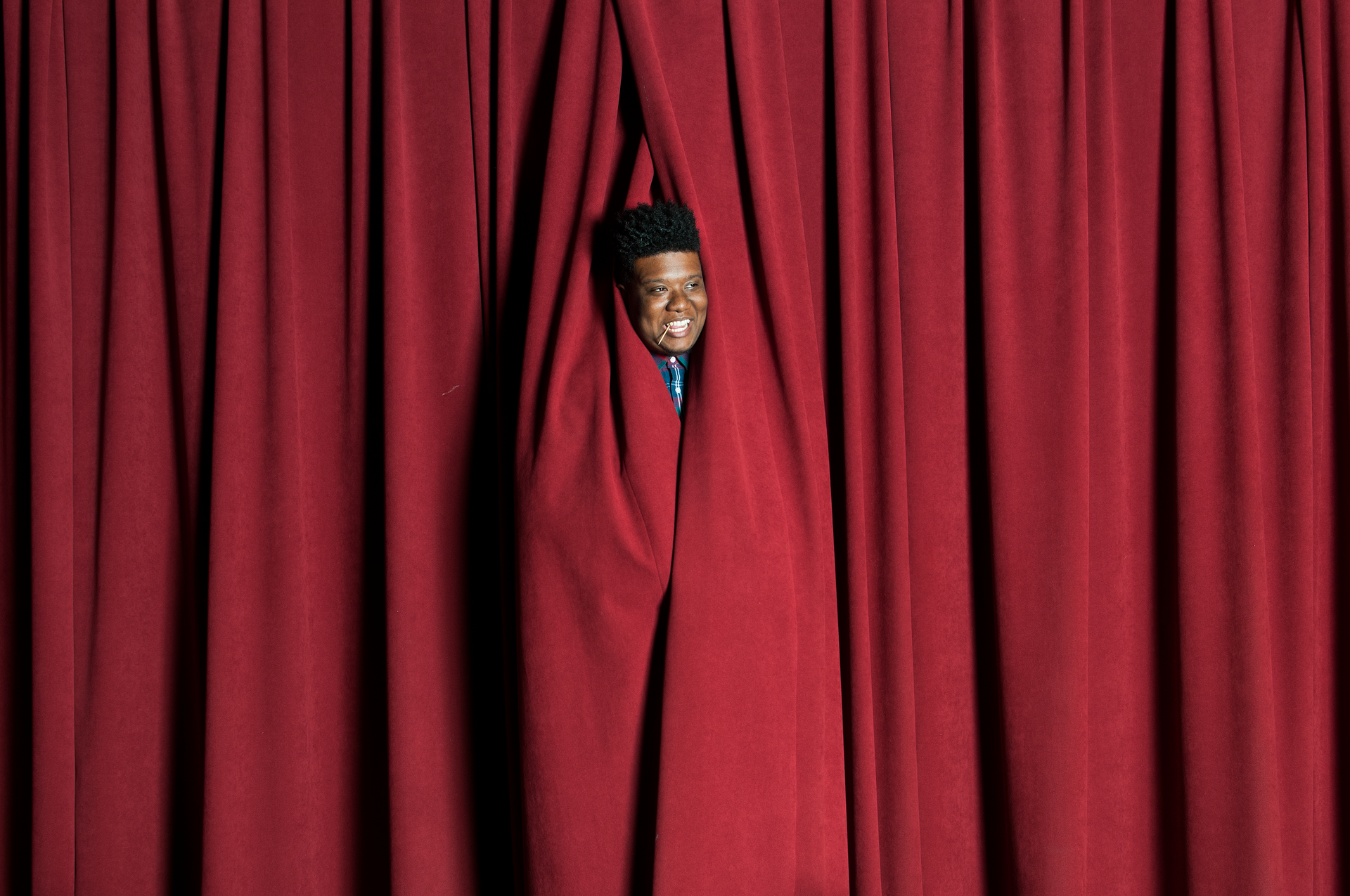 Photo credit:
Metro Atlanta native David Perdue has an immediate warmth about him. He gives firm handshakes and isn’t afraid of eye contact. Perdue’s unwavering grin and infectious laugh cancel out his intimidating height. Dimples and a face begging proof of ID in any drinking establishment only further endear the comic. But above all else, his candid delivery on and off stage, combined with unwavering optimism, makes Perdue a magnetic person.Perdue is also a busy man. Last year marked two major career milestones for him with appearances on new Comedy Central series “Kevin Hart Presents: Hart of the City” and Fuse TV’s comedy competition “Uproarious.” He also hosts and books CL’s Best of Atlanta-winning 1AM Secret Show at Smith’s Olde Bar, records the sports-and-comedy podcast “Forth and Ten,” performs regularly at Star Bar’s Monday night showcase, and totals around five live appearances per week — all while still commuting back home to Jonesboro.The average person could consider such a schedule exhausting, but Perdue finds energy in the chaos to propel his mission through comedy and life. Notorious for going in on topics like cat-calling and Kanye West alike, the Morehouse College alum is increasingly using humor as a vehicle to talk about social justice. As a black comedian who appears on bills across the city, Perdue has a unique position to approach potentially tough subjects.“I think there is a different laugh,” he says, touching on the dichotomy of primarily black audiences vs. primarily white. “When a black comment comes up in black rooms, there’s a laugh of understanding. Like, ‘I understand that experience, I understand that experience.’ ... Sometimes if you do white rooms — or mainstream rooms — a lot of times a laugh can feel like it’s a novelty laugh. They don’t get it. They’re just laughing because they feel like they’re supposed to.”Perdue, like many others, says the presidential election results — including the frustration and disappointment inherent within that — have only fueled his fire to use his platform within comedy to dissect larger political concerns. For example, when it comes to calling folks’ need for validation, he doesn’t hold back.“Me and other comics talk about it all the time,” Perdue says. At white or “mainstream” rooms, he’s often the only black man in the entire venue, let alone the bill. And when another comedian cracks a questionable pun regarding race, audience heads naturally turn in his direction. “They’re like, ‘Wait, can we laugh?’” he says. “I’ll just look at them … Even if it’s funny. I’m like, ‘You judge. If you think it’s racist, don’t laugh.’ I’m not here to call you out on being a racist. I’m here to be funny. … Stand confidently in what’s right if you think something’s right, but don’t look to me to give you a pass to laugh at something about being black.”He says he plans to approach 2017 with intent, using his platform in the comedy scene as well as the city in general to raise awareness and money for social justice organizations. “We all gotta step up and be better than the bad out there,” he says. Naturally, he retains a sense of humor about the year ahead and his goals moving forward. “I want to somehow end up on the next season of ‘Atlanta.’ That’s one of the best and most important shows I’ve ever seen, and I want in!”


Hopefully, both Donalds are listening.