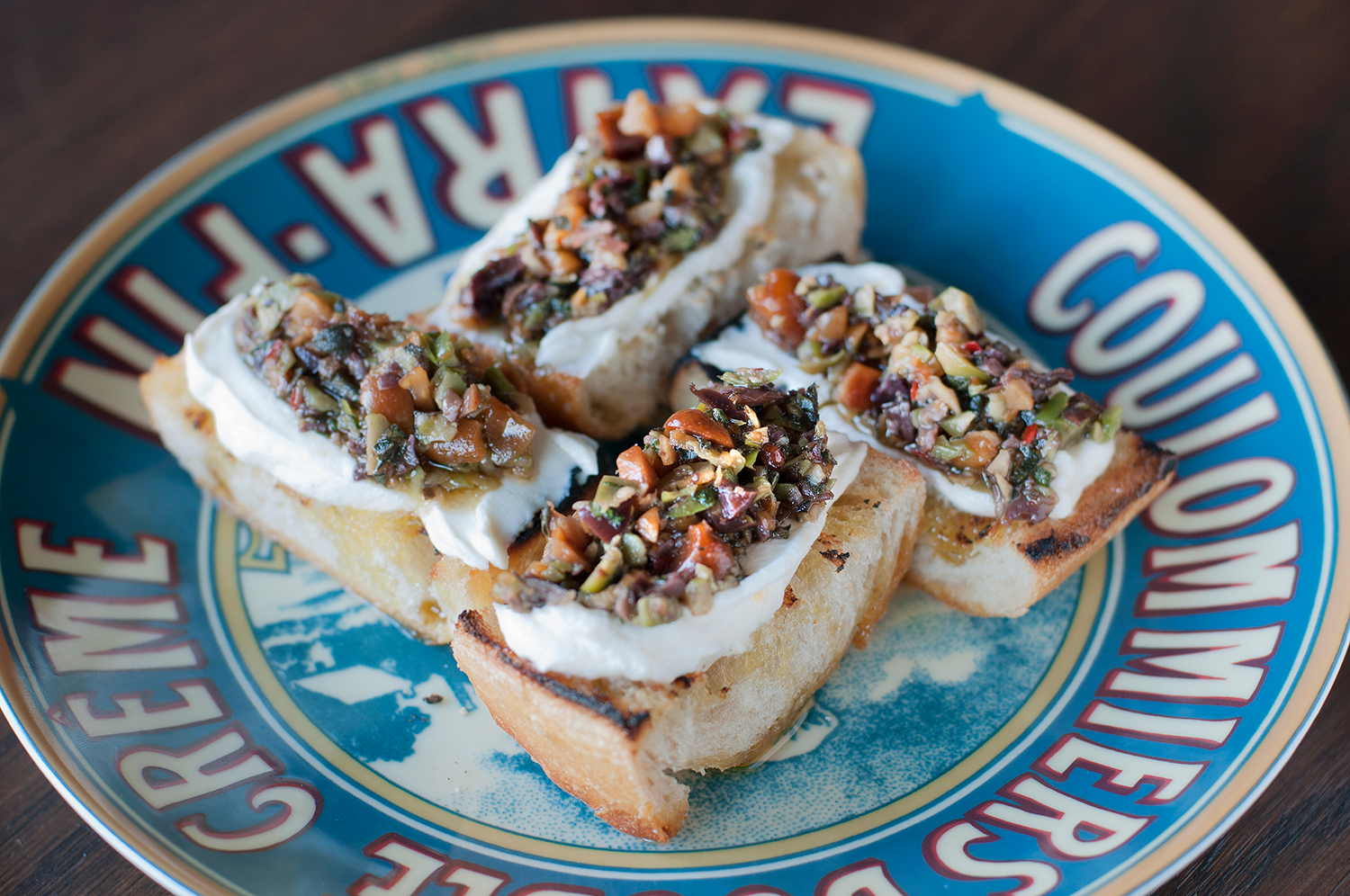 Photo credit:
It’s Friday night at Poor Hendrix, the latest addition to East Lake’s new Hosea + 2nd development. The small, narrow dining room with its woody interior reminds me of a Paris bistro, where everyone sits knee to knee. After a wait of 20 minutes, my six friends and I manage to score two round tables in the front, opposite the floor-to-ceiling wine rack. While we sample a few first tastes, executive chef and co-owner Aaron Russell is taking a break from the kitchen to visit tables.

“Is everything okay?” he asks.

“I worry,” he says, virtually mumbling. “I’m very confident about my pastries, but I’m not so used to preparing savory dishes.”

Poor Hendrix’s name derives from the Russells’ rescue dog, Hendrix, a pit bull whose many now-resolved health problems often prompted friends to coo, “poor Hendrix.” If the crowds during my two visits are representative, there’s not going to be much that’s literally poor about the restaurant.

No value assignedFittingly and humorously, the Russells have called Poor Hendrix a “restaurant or bar.” That’s because the bar area, as large as the dining room, has a separate menu of small plates. If you sit in the bar, you cannot order from the dining room menu and vice versa. It’s irritating, but it makes sense. You don’t want customers sitting at the very long bar eating dinner and holding up booze sales.

Of course, you can order booze anywhere. Classic cocktails ($9-$12) find space alongside “Hendrix’s Punch of the Moment,” an extensive selection of local beers, and a nice list of old world wines.

Now, about Russell’s mention of his inexperience with savories. I saw little consequence of that except in some amateurish plating that’s easily overlooked, considering the great flavors. Appetizers range from $5-$8 and entrées from $14-$18.

We tried two apps. First was warm uncured salami with cornichons. Far from merely warm, the sausage was a bit crispy. A second starter of narrow rectangles of bread loaded with ricotta and tapenade was a messy combination of two great flavors.

Onto the entrées. My favorite was a steak with herbal butter. Perfectly grilled medium-rare, it came sliced with root vegetables over a rutabaga puree. I loved the earthy flavors and play of textures — from the buttery meat to the al dente vegetables.

No value assignedHalf a roasted Springer Mountain chicken came topped with some terrifically contrasting bitter mustard greens and collards, its juiciness ramped up by pan drippings. A particularly inventive entrée featured pale dumplings that resembled gnocchi, tossed with orange cubes of sweet potato, glossy dark brown mushrooms, and hot honey. The sweetness was somehow restrained enough to avoid being cloying. The most disappointing entrée on the menu was a bowl of steamed mussels topped with fries, due to the mussels being rather small and chewy (you might want to inquire about the state of the evening’s mussels to avoid the super tiny ones). But do get a spoon to soak up every last drop of the highly slurpable bacon-bourbon-chili broth.

Then came dessert and, predictably, everything changed. My coffee crème brulée was gorgeously layered with a perfectly glazed top sufficiently strong to break and maintain some crunch in the potent coffee crème. A griddled carrot cake was shaped like a small log over which angostura cream flowed like white lava. It was all there — the play of texture, sweetness, slight bitterness, and the best carrot cake I’ve eaten in memory. A milk chocolate mousse with roasted peanuts and bourbon caramel was flawless, the sweetness turning into a slight burn in the back of the mouth.

Understand that the dinner menu is small and changes often. We tried all but one of the three apps, four entrées, and three deserts. Meanwhile, the bar menu is comparatively huge, with 19 small plates ranging in price from $2-$8 each. My favorite was a trio of small sweet potato biscuits, each topped with a hunk of country ham. A sorghum butter made things completely decadent. Ground lamb on two skewers was highly seasoned but not so much that the flavor of the meat was eclipsed, even after a dunk in a fiery-red but relatively subtle paprika vinaigrette. The least interesting thing I ordered was five boiled quail eggs marinated in soy sauce and rolled in sesame seeds.

No value assignedAnd then, once again, paradise arrived — a stack of super-thin ginger snaps with sides of chocolate and vanilla cream. I have loved ginger snaps since I was a kid, and these had enough ginger in them to create a slight sting. I could have eaten a mountain of the crispy crack.

Despite the gigantic crowd, the servers didn’t look on the verge of a nervous breakdown. I have little doubt things will get smoother and artsier in the kitchen. Even if they don’t, Poor Hendrix will remain a great neighborhood gastro-pub worth a drive from anywhere in town.