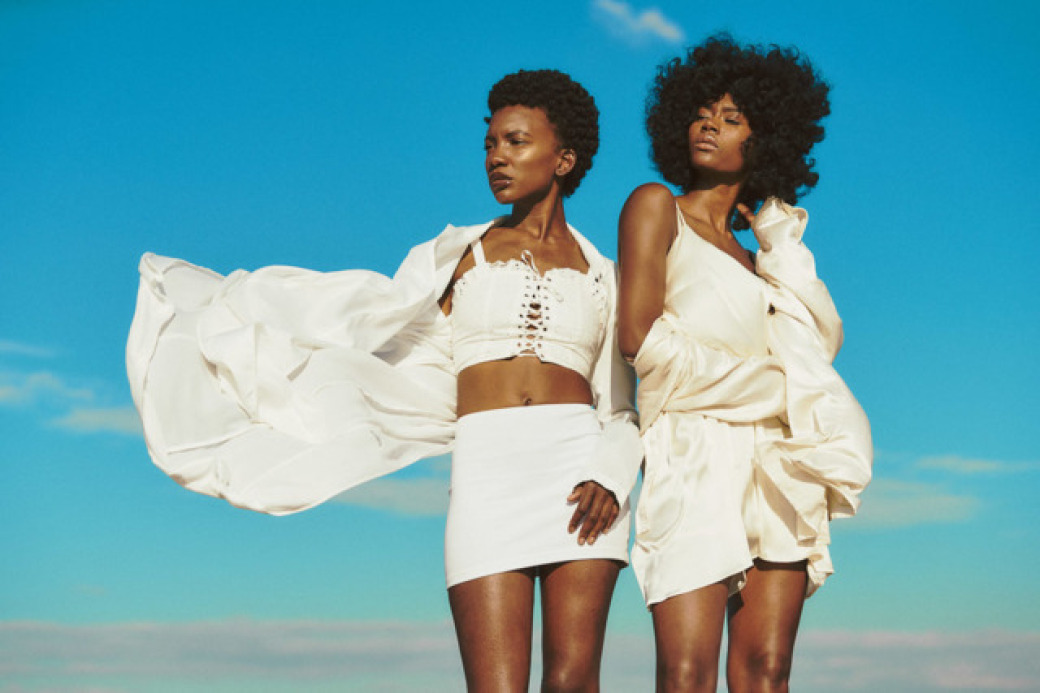 Janelle Monáe hasn’t released a solo project since 2013’s The Electric Lady, but she’s still behind some of the most noteworthy R&B coming out of Atlanta. Monáe’s label, Wondaland Records, a joint venture with Epic Records, features a lineup that’s bursting with talent just waiting to be discovered by mainstream audiences.

Of course, there’s Jidenna, the artist behind the anthemic “Classic Man,” but there’s also the funky duo Deep Cotton; the guitar-playing, soulful Roman GianArthur; and the buzzed about alt-R&B duo St. Beauty.

The Atlanta-bred duo, featuring Alex Belle and Monae’s former backup singer Isis Valentino, released its debut album on Jan. 19. It’s the latest offering to prove that Atlanta has just as much to offer the R&B and alternative genres as it does to rap. Of course, St. Beauty’s music is influenced by Atlanta’s hip-hop roots. Fluttering hi-hats and booming 808s ensure that even if fans are crying to St. Beauty’s lyrics, they are at least dancing through their pain.

Two years after releasing the solemn breakup single “Borders,” St. Beauty’s Running to the Sun, which also features songs such as “Stone Mountain,” named after Atlanta’s infamous granite landmark, and the uplifting kiss-off track “Caught.” In between the duo’s lush soundscapes, throughout the album, are interludes that perfectly embody the millennial audience the duo seeks to represent. On “Poor Little Rich Girl,” a line of shoppers grows impatient as St. Beauty attempts to get their grocery bill down to a price they can afford.

On the seductive standout “Tides,” fellow Atlanta native Deante’ Hitchcock introduces himself to a new fan base and reminds old fans that he’s an artist to watch. Hitchcock has been generating buzz for about two years. In 2016, he released the project titled GOOD, featuring songs such as “Good Intentions” and “4 You and Yours.”

“The way your waves ride, You make me feel alive. The way I surf your tides, I know you can’t deny,” St. Beauty sings on the hook. Later, Hitchcock steals the spotlight with a smooth flow that matches the song’s aquatic theme. “Time and time again, I’ve been diving in, searching around for you. Floating off the ground, trying not to drown. Trying to swim for two,” he raps.

Many people first encountered St. Beauty, affectionately referred to as Dem Beauties, as a result of HBO’s comedy-drama series, “Insecure,” known as much for its music placements as for plots that explore the highs and lows of millennial friendships and dating. The duo’s “Borders” appeared in the credits of one of the show’s most pivotal episodes, which also starred fellow Wondaland artist Jidenna. Most notably, the episode features the main character Issa Dee (portrayed by Issa Rae) cheating on her boyfriend with an ex in a graphic sex scene that eventually caused fans on social media to split into two camps firmly for or against Issa. Log onto Twitter on a Sunday night during “Insecure” and you’re likely to see a timeline divided into “Team Lawrence” — the man Issa cheated on — and “Team Issa.”

Roman GianArthur’s “Real Love No Shade” plays during the credits of a second season episode, on the heels of yet another buzzed-about explicit sexual moment for Issa Dee.

For St. Beauty, being selected for an “Insecure” soundtrack alongside songs such as Issa Rae’s hilarious diss track, “Broken Pussy,” SZA’s “Supermodel,” and Goldlink’s Grammy-nominated hit, “Crew,” certainly means high praise for the Atlanta artists. But with Running to the Sun, St. Beauty steps out of the shadows and proves they can command the spotlight on their own.

Soulection co-founder Andre Power will party with DJs Sasha Marie, Hourglass, and Thrice Groove for “A Night with Andre Power” 10 p.m. on Jan. 31 at The Basement. Tickets are $12.

Atlanta producer and DJ Sonny Digital is known for producing hit songs such as YC’s “Racks” and Future’s “Same Damn Time.” He’ll be joined by former Two-9 member Reese LaFlare, Black Boe, and DJ Fresco for a show at Vinyl on Feb. 2. The show begins at 8 p.m. Tickets are $20-$25.