ATLANTA UNTRAPPED: Nothing is off limits at Fantastic Fest 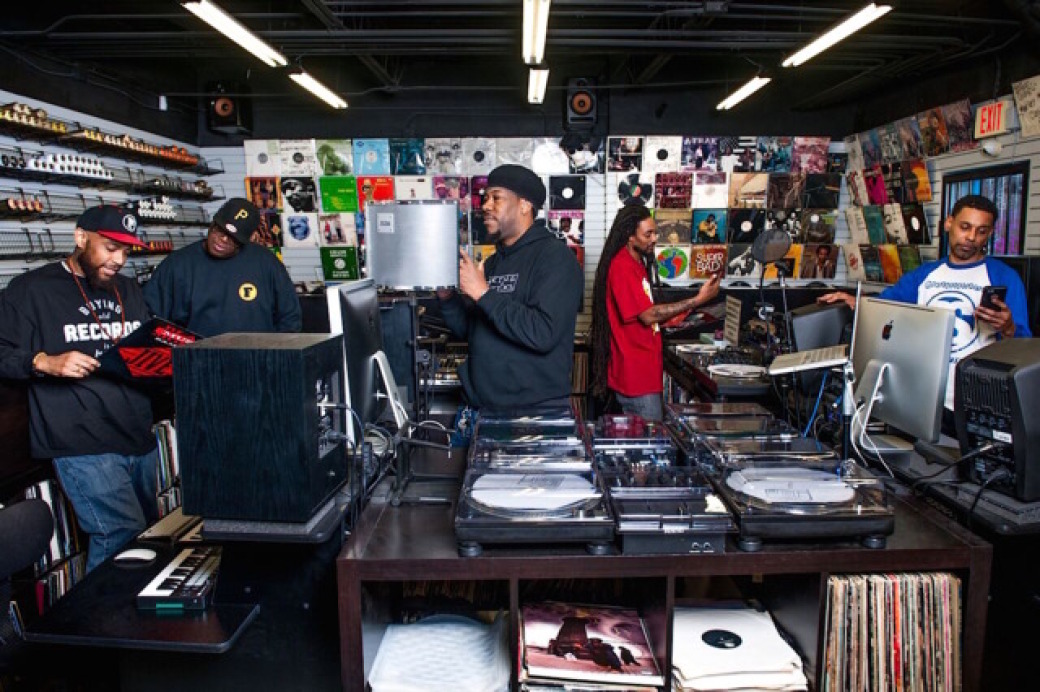 Atlanta is a town of VIPs and people who, even if not of actual importance, dress the part. Whether they’re attending a concert, walking through the mall, or running to catch a flight at Hartsfield-Jackson International Airport, ATLiens always dress like reality TV cameras are rolling nearby because, well, they usually are.

But underneath the glitz and glamour of Atlanta’s urban culture has always been a thriving underground scene where credibility and authenticity matter just as much as being seen. At the heart of this nightlife underworld is MJQ Concourse, a party destination tucked away in a former parking garage on Ponce de Leon Ave. Since 1994, this nightclub has been one of Atlanta’s worst kept secrets, a place where mainstream and countercultures merge.

This Friday, Jan. 19, MJQ Concourse will host Fantastic Fest 2018, a concert and party paying homage to the DJs who have bolstered Fantastic Fridays at the club for more than a decade. Known collectively as the PartySuperHeroes, DJs Fudge (Stacey Childs), Lord (Lord Aswood of Public Enemy), Majestik (Kenneth Hickman), and Dres tha Beatnik (Andre Lett) have been spinning an eclectic mix of mainstream and underground favorites on the first, third, and final Fridays of each month for more than a decade. Recognizing the power of the budding collective they’d unintentionally created, MJQ management dubbed the regular events “Fantastic Fridays.” Atlanta is known for the hits of Migos and Gucci Mane, but that’s not the prominent soundtrack of these parties. Each one of the DJs points out that their only rule is that nothing is off limits during their sets. “You’re not going to hear what you heard when you got out of your car,” MJQ fixture Shannon “Hollywood Kid” Crawford says about Fantastic Fridays typical set lists.

“Everything doesn’t have to be commercialized,” Dres the Beatnik says about the night’s underground reputation.

Since its inception, Fantastic Fridays, originally known as Friday Night Mix, has amassed a cult following, with celebrities, locals, and out-of-towners kicking off their weekend with grooves that are at least a decade old but have withstood the test of time.

Questlove, Spinderella, Keith Murray, Slum Village, Ludacris, Da Brat, and others have attended Fantastic Fridays and delivered impromptu performances, but for the most part Fantastic Fridays “harken back to the days when the DJ was the tastemaker instead of the jukebox,” according to Dres the Beatnik.

Artists hoping to hop on stage will probably leave disappointed.

A performance from New York rapper Chubb Rock Friday night marks the first time that the group of DJs is planning a concert alongside their sets. Rock, known for dance-friendly ’90s rap hits including “Just the Two of Us” and “Treat ‘Em Right,” has most recently been a radio personality on Atlanta’s Majic 107.5 FM, and host of the popular Caribbean parties here in the city. In an era where mainstream sensations Bruno Mars and Cardi B paid homage to the ‘90s as a golden era for entertainment with the "In Living Color"-themed video for “Finesse,” a song with New Jack Swing influences, Rock’s appearance at Fantastic Fest 2018 is authentic and timely.

DJ Majestik, who tapped the rapper for the event, says Rock’s participation was simply “friends coming together to help friends.”

The event was originally supposed to take place in December around the time of DJ Majestik’s birthday. Unfortunately, it snowed that Friday and the show was postponed. Although it snowed again this week, the weather should warm up by Friday’s rescheduled date.

Last week, Atlanta Untrapped highlighted a DJ who has been spinning at parties that have become must attend events for local millennials and creating music with WERC Crew. The PartySuperHeroes, who have been around far longer than the younger WERC collective, showcases the diversity of sounds and styles within the DJ community in Atlanta.

The PartySuperHeroes have no rules but they do have one major suggestion: Leave the red bottom heels at home and enjoy a great night sans the VIP experience.