ATLANTA UNTRAPPED: Does hip-hop yoga defeat the purpose of exercise? 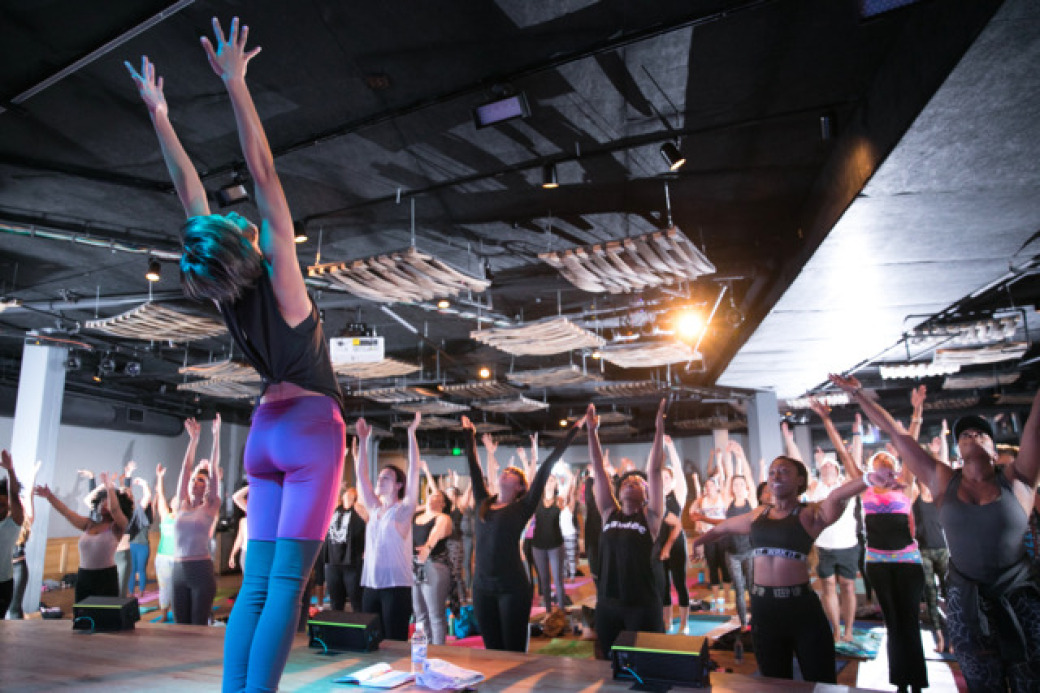 I love yoga and I love rap, but I'm not sure the two should go together.

There are apparently plenty of people who disagree, though. Hip-hop yoga classes are trendy, especially in Atlanta. To get a better understanding of what the classes are like, I reached out to Jaimee Ratliff, a black woman who noticed that she was commonly the only person of color in her yoga classes. Taking matters into her own hands, she figured out a clever way to increase diversity using music.

"It was an uncomfortable experience always being a token black girl in the class," Ratliff says. "After I got through with teacher training I wanted to find a way to introduce the classes to people of color and to share what I was experiencing mentally, physically, and emotionally. Most of my classes are where people of color are now the majority."

Ratliff took up yoga after being robbed at gunpoint in Columbia in 2015 as a means of coping with her PTSD and anxiety, so in many ways our stories are similar. I first started taking yoga for the same reasons after being involved in a traumatic car accident, but it wasn't until I found the right instructor that the practice became beneficial for me.

Still, like Ratliff, I find that there are few people of color in my yoga classes.

"There's a stigma that we don't really deal with mental illness," she said, noting that the wellness industry tends to feature imagery of white people, instead of people of color. "You would think we don't take care of ourselves based on stereotypes."

I loved the idea of this but I still wasn't sold on getting into Downward Dog as Future yells, "My little brother keep a stick on the seat, he gone brrt brrt brrt 'till your heart stop beating." It knocks in my car, but I'm not sure a yoga mat is the place for that type of turn up.

Search "Trap Yoga Atlanta" on Eventbrite and you'll see that Ratliff is far from alone in her efforts to bring yoga to a more diverse group. California-based Yoga Bae has hosted a few Trap Yoga classes here in Atlanta, and the classes deliver exactly what the title suggests: a blend of turn up and relaxation. Ratliff wants to distinguish her class from yoga classes that play trap music, though.

The soundtrack for Hip-Hop Yoga features hip-hop music, yes, but Ratliff fills the playlist with rap songs that are uplifting and inspiring. You're more likely to hear T.I.'s "Live Your Life" than Crime Mob's "Knuck If You Buck" in one of her classes.

"I try not to play the most ratchet music out there," she said. "I try to keep in mind that this is a yoga class. Even if it's the most popular songs, there are some songs that I won't play because of the lyrics."

This year alone Ratliff has hosted a series of pop-up classes throughout metro Atlanta, in addition to classes at City Winery and Top Golf. She hasn't released the schedule for 2018 yet but if you're interested, I'd suggest signing up for her email list at Jaimeeratliff.com/schedule. Classes tend to sell out soon after she announces them.

Rahbi brings his eclectic soul to Aisle 5 on Sat., Dec. 16. The Atlanta artist will be joined by Hero the Brand, Jaye Newton, and more.

B.o.B. is a much better rapper than he is historian (or scientist). Check him out at Smith's Olde Bar on Dec. 24.