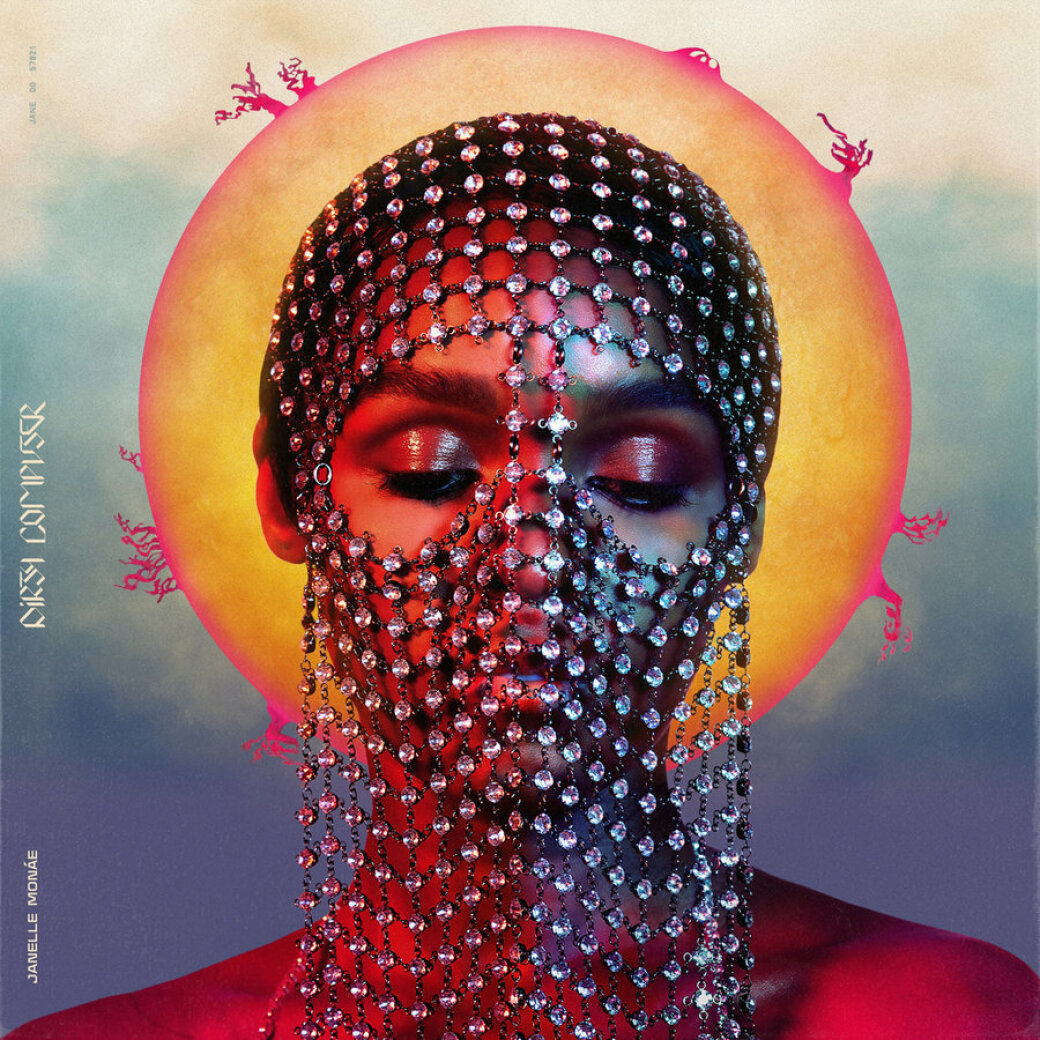 In the video for Janelle Monáe’s “Make Me Feel,” the new single from her forthcoming album Dirty Computer (due out April 27 via Bad Boy Records), the Atlanta-based singer sucks on a lollipop held by actress Tessa Thompson. Elsewhere in the video, she sticks her hands in the back pockets of a pair of sheer black pants with red roses on them, swaying her hips in front of the camera. In the video for “Django Jane,” released the same day, Monáe raps, “We gone start a motherfucking pussy riot or we gone have to put them on a pussy diet?”

None of this sounds out of the ordinary for mainstream music in 2018. For better or worse, pop music is highly sexualized. But for Monáe it’s uncharted territory. For much of her career, Monáe has projected a somewhat wholesome image, including her strict uniform of black and white conservative and androgynous clothing. When she rapped, “You cannot police me so get off my areola” in her 2015 song “Yoga,” it was, at the time, an unusually vulgar lyric for the singer.

But, in the age of women’s marches and the #TimesUp movement, Monáe is front and center, demanding that the experiences of all women be elevated and respected. During a speech at the 60th Grammy Awards regarding the #TimesUp movement, sexual assault in the entertainment industry and equal pay, Monáe said, “We come in peace, but we mean business.”

Weeks later, she released new music that piggybacks off that sentiment.

As the first offerings from Dirty Computer, Monáe’s first album since 2013’s <>The Electric Lady, “Make Me Feel” and “Django Jane” both showcase different sides of the singer’s personality.

Co-written by a group of songwriters, including Grammy-nominated “Issues” singer Julia Michaels, “Make Me Feel” is a clear nod to Monáe’s musical mentor and friend, the late Prince. Before his untimely death,Monáe collaborated with Prince on “Givin’ Em What They Love” for The Electric Lady, and she says Prince was helping here work on the new album before he died. Featuring warbling synths and snaps, and a syncopated guitar, the song is a feel-good offering with crossover appeal, and clearly pays homage to the fallen musical icon

The song’s appeal is heightened by the video, which was released simultaneously. Co-starring Tessa Thompson, the colorful video features Monáe dancing with backup dancers in a club setting. While rumors surrounding Monáe’s sexuality have circulated for years, the singer has never been one to discuss her private life, publicly. But many are pointing to her scenes with Thompson, along with a scene in which she dances back and forth between and man and a woman, as a nod to the singer’s secuality. Monáe likely won’t discuss the speculations directly. In an interview with The Guardian, she referred to herself as “sexually liberated” when asked about the scenes.

Later on, she discusses her clothing choices.

“There are people who have used my image to slut-shame other women: ‘Janelle, we really appreciate that you don’t show your body.’ That’s something I’m not cool with,” she said. “I have worn a tuxedo, but I have never covered up for respectability politics or to shame other women.

“I’m guilty feeling like I can’t just be,” she continued. “Like either it’s this or it’s that, it’s black or it’s white. But there’s so much grey. And I think I’m kind of discovering the grey and realizing it’s OK not to have all the answers, or to supply them.”

Where “Make Me Feel” comes across as liberating, “Django Jane” feels like an all-out rebellion. “Hit the mute button, let the vagina talk,” Monáe raps over a bass-heavy trap beat. Directly after the line, a clip of a naked Monáe holding a strategically placed mirror over her, yes, vagina, is shown. The song’s production would’ve fit right in on fellow Wondaland artist Jidenna’s debut album, but Monáe sounds completely comfortable spitting the clever bars. Fans of the singer won’t be totally surprised by this, though. Monae proved she could rap with her verse at the end of 2013’s “Q.U.E.E.N.”

With “Make Me Feel” and “Django Jane,” Monáe uses sex and explicit language in a way that might feel jarring to some of her fans. But, it’s clear that she’s attempting to boldly make a point about equality and women’s rights with this new material. And, in the end, that sense of rebellion and defiance isn’t much different than the Metropolis series that the singer conjured up early in her career.

Cindi Mayweather, the android protagonist from several of Monáe’s albums, has been described as the “mediator” between the oppressed and the oppressor. Singing songs such as “Violet Stars Happy Hunting!” (“I’m a slave girl without a race. On a run because they’re here to erase and chase out my kind”) and “Q.U.E.E.N” (“Even if it makes others uncomfortable, I will love who I am) from the perspective of her alter ego, Monae has always strung together narratives about the fight for equality for all.

With the first two offerings from Dirty Computer, Monáe continues to use her voice. But now she’s signing her own name to her declarations. Monáe isn’t obligated to share her personal life or beliefs with anyone. But her decision to share more of herself through her music is a political statement. It’s Monae’s way of expressing women’s rights to freely dictate their own experiences.