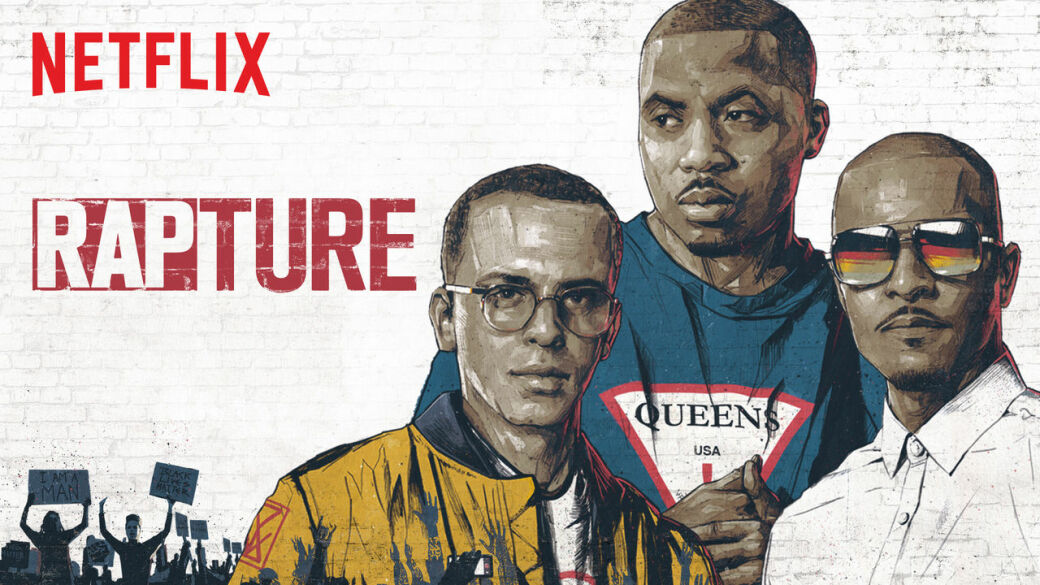 The Netflix series shows T.I. contemplating his responsibility as a rapper and social activist and 2 Chainz spending time with his family, and his French bulldog, Trappy, before going on tour. Produced by Mass Appeal and co-created by Sacha Jenkins, the series also features eight one-hour episodes on rappers Logic, Nas & Dave East, G-Eazy, Rapsody, and hip-hop producer Just Blaze.

“How is this man so many things at one time,” T.I. asks, referring to himself in the first few minutes of “Taking a Stand,” the show’s first episode. “I don’t know. I just am. I’m flawed. I’m imperfect, as we all are.”

Many fans know T.I. as a pioneer of trap music. In the early 2000s, the Bankhead rapper was known for releasing hit songs that chronicled his life as a young man using drug dealing as a means of survival in Atlanta. Songs such as “Rubber Band Man” and “What You Know “ became hits, but the rapper punctuated his successful moments with prison stints and controversies. By the time VH1 began airing “T.I. and Tiny: The Family Hustle,” shortly after the rapper’s 12-month prison sentence in 2011, it was clear that T.I. was on a mission to be a different person, and to transform his image. In 2016, following a series of police officer-involved killings of black men, T.I. released “Us or Else: Letter to the System.”

“Rapture” follows the rapper as he holds conversations with Harry Belafonte, Andrew Young, and other activists about how he can best help advance the Black Lives Matter movement. T.I. seems more aware now than ever that he has a responsibility to his children and his community to use his voice to fight against injustices within the black community. The documentary is enlightening and, in many ways, it paints T.I. in a light in which many people haven’t seen him before.

But, the series also highlights the rapper’s many contradictions. “Throughout my career, we’ve always had to explain things.,” T.I. says. “How is this person be a family man and somewhat of a womanizer? How can he represent Dope Boyz and then be the forefather of trap music and still have this conscious Black Lives Matter, us or else, community-driven passion? How can he be so smart yet do such dumb shit sometimes?”’

Later in the episode, Belafonte tells T.I. that, as an activist, he has to be conscious of the flashiness his lifestyle and the criticism that might bring. “There’s a contradiction somewhere in there,” Belafonte says.

“Although this is gold and diamonds, it’s also a picture of my family,” T.I. replies. “It’s a contradiction, but it also has a little glimmer of hope and care in there.”

This is one of the most powerful scenes in the episode because it shows the importance of understanding black culture and knowing that neither a person’s past nor their appearance can define them. Black people deserve the opportunity to be accepted as flawed humans without receiving harsher consequences than other groups.

Still, as a black woman, I’d be lying if I said I didn’t roll my eyes at some of T.I.’s statements, specifically his comments about being both a family man and a womanizer. As a woman who listens to rap, I am constantly having to ignore misogyny in order to remain a fan. The idea that female listeners should be able to routinely engage with content that tells them they are inferior is something that we’d never ask of men. Living at the intersection of being black and a woman means having a crush on and being an avid fan of T.I. since age 12, but becoming nauseous as an adult when watching him threaten to sabotage his wife’s career because he believes she has a responsibility to stay home and take care of their children.

T.I. overcoming his past as a drug dealer could, in many ways, make him a better activist for people who also grew up in poverty, and are fighting to improve housing, wages, and other socioeconomic factors so that others don’t feel compelled to “trap” for survival. His criminal record and his ability to turn his life around and use it to help others is proof that felons aren’t irredeemable. But, there’s no rationalizing some of his behavior toward women. Hopefully as he grows as an activist, we’ll see changes in that regard, too.

The episode is helpful in understanding why T.I. has become the person he is today.

2 Chainz isn’t contemplating social justice in his episode, titled “Sleep When U Die.” In the opening scene, he sits in a car, smoking and contemplating whether or not he should wear his Alexander McQueen or Gucci shoes with his jogging suit. “I’m totally, totally, totally confused at the moment,” he says in a faux British accent.

“I’m an educated street nigga,” he goes on to say. “That’s everybody’s enemy.”

2 Chainz, who I have long argued has one of the best live shows of his current rap peers, goes on tour to promote his most recent album Pretty Girls Like Trap Music after breaking his leg. Viewers get to see the rapper spending time at home with his wife and children before seeing scenes of him performing to sold out crowds in a pink wheelchair. The scenes of 2 Chainz with his family, and his French bulldog Trappy, are certainly something new for fans who only know him for songs such as “Watch Out” and “I Luv Dem Strippers,” but the best scenes are a sit down interview that takes place in a studio.

The rapper looks back on his youth growing up in College Park, Georgia. Switching between the rapper and his mother, the series provides an unfiltered look at the life of a young man who grew up selling drugs alongside his mom. But, where many rap critics say songs often glorify drug culture, there is no doubt that 2 Chainz isn’t glorifying his upbringing. He reminisces on run-ins with Atlanta’s infamous Red Dog drug unit and explains how his upbringing motivated him to dominate the rap game by outworking his peers.

“Rapture” was released the same week as 2 Chainz’s “Proud” video. The rapper’s mom, Jeanette Epps, along with Y.G. and Offset’s mothers, lip sync the words to their sons verses in the hilariously sentimental video.

Where T.I.’s episode is weighed down by the heavy realities of black life, 2 Chainz’s episode is full of triumph and perseverance. “Rapture” is a welcomed reminder that these stories are the backbone of hip-hop.

Both episodes, and the rest of the series, are worth a watch.