A look at the shape of massive music gatherings to come 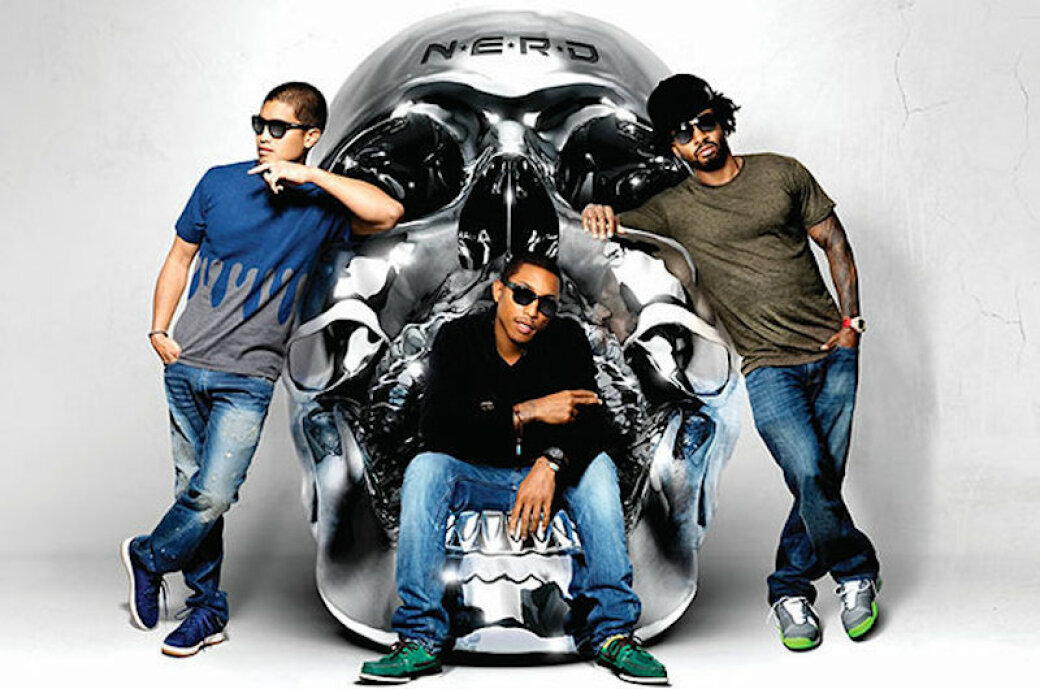 Atlanta’s summer schedule is packed with musical events, but with so much going on it’s easy to find yourself with an overwhelming case of analysis paralysis. Don’t worry, CL has you covered. This comprehensive festival guide serves as your tool for deciding which Atlanta music fest is right for you. Below is a long distance look at the highest calibur musical blowouts Atlanta has to offer over the coming year. There’s something for rockers, metalheads, ravers, and festival junkies alike. Pick your favorite, or check ’em all out.

Atlanta’s summer festival season kicks off with two of the most celebrated gatherings in the Southeast. Shaky Knees and Shaky Beats each offer three days of music stacked with lineups that hit all the right notes. Renowned acts Jack White, Queens of the Stone Age, and the National headline Shaky Knees, joined by Fleet Foxes, Courtney Barnett, Cake, and more artists that cover an array of genres. Shaky Beats comes out of the gate strong with a lineup featuring scores of cutting-edge hip-hop and electronic music acts, featuring headliners Marshmello, Zedd, and Kygo, along with Ludacris, Playboy Carti, and Seven Lions. Both festivals set up shop in Central Park: Shaky Knees is set for May 4-6 and Shaky Beats May 11-14. Single-day tickets for Shaky Knees are $99+ fees. Three-day passes are $189 + Fees. But don’t forget, if you get that Shaky Knees logo tattooed on your body the festival is free for you. Single-day tickets for Shaky Beats are $95 + fees, and three-day passes are $179 + fees. www.shakykneesfestival.com and www.shakybeatsfestival.com.

TUNES FROM THE TOMBS

Historic Oakland Cemetery opens its gates once again, welcoming festival goers to one of the city’s classiest day gatherings. For eight years the famous cemetery has offered musical performances, as well as local eats, arts, and brews. Tunes From the Tombs features three stages of music and a lineup of local talent headlined by Southern rockers Drivin’ N Cryin.’ Tunes from the Tombs also boasts performances by Heather Gillis Band, the Bitterroots, and nine other artists from all over the Peach State. $10-$20. 12 p.m. June 9 www.oaklandcemetery.com/?event=tunes-from-the-tombs-2.

Irrelevant Music Fest continues to gain traction in its third year. What started as an effort to give a spotlight to overlooked local and touring artists has turned into a five-day, full-fledged music festival. With headliners including Microwave, Negative Gemini, Dasher, and Pylon Reenactment Society, as well as dozens of local and national acts and DJ sets, this festival is not to be missed. 529 shows are $15 (adv)-$17 (door). The Bakery show is $20. Schedule coming soon. July 18-22. www.irrelevantmusic.net.

The Big Thing has been a staple of the Atlanta D.I.Y. music and visual arts scene for three years, and it’s only growing larger with each return. While the only detail currently confirmed about this local festival is the date, one thing to be certain of is it will host many rising and prominent, forward-thinking artists and musicians. 6 p.m.-midnight July 27. www.facebook.com/events/820323458176201.

The infamous Vans Warped Tour embarks on one final cross-country odyssey, giving pop-punk fans more reason to celebrate than mourn. The mobile festival’s last lineup serves as a greatest-hits list featuring well-known acts that previously embarked on the tour. Acts such as 3OH!3, Reel Big Fish, Less Than Jake, and Simple Plan are just some of the bands who will be playing Cellairis Amphitheatre at Lakewood.$45-$55. 11 a.m. July 31. www.vanswarpedtour.com/dates/atlanta.

ONE Musicfest receives an upgrade this year. Due to the festival’s popularity and high demand another day has been added. This means double the music, double the food, and double the fun. ONE Musicfest is happening September 8-9. As of press time, the lineup and venue are unconfirmed. Expect it to be large. www.onemusicfest.com.

Located in the heart of Piedmont Park, any list of Atlanta festivals would be incomplete without Music Midtown. As of press time, no details are available regarding one of Atlanta’s largest music events. www.musicmidtown.com.

The A3C festival returns to the Georgia Freight Depot the weekend of Oct. 6-7. It’s the festival and conference’s 14th annual installment, and the 2018 festival lineup ain’t nothin’ to eff with. Literally! This year, A3C brings the Wu-Tang Clan — the RZA, the GZA, Method Man, Raekwon, Ghostface Killah, Inspectah Deck, U-God, Masta Killa, and Cappadonna — for a weekend of Shaolin madness. BONG BONG!

Performances will be spread across three stages. The outdoor stage will host performances by a stellar cast that includes Lil Wayne, the Diplomats, Curren$y, PRhyme, Mannie Fresh, and Westside Gunn + Conway, as well as lauded locals J.I.D., Childish Major, and Deante Hitchcock… and, of course, the Wu-Tang swarm! This year marks the 25th anniversary of the Enter the Wu-Tang: 36 Chambers, so keep your ears peeled for the classics, and pour a little out, raise your hands to the sky, and sing the name of the fallen god, Ol’ Dirty Bastard. May he rest in peace.

The indoor stage will host a marathon of Atlanta’s most prominent up-and-coming hip-hop acts, and the DJ stage will be manned by the WERC Crew and Controllerise. More lineup announcements will be coming soon, along with details regarding the A3C conference which returns to the Loudermilk Center Oct. 3-5. Tickets available at www.a3cfestival.com.

AFROPUNK is more than just a music festival. It’s a celebration of culture that juxtaposes African spirit and heritage with a punk attitude, creating an unrivaled festival experience. This ‘Carnival of Consciousness,’ which celebrates global multiculturalism via music, art, culture, food, and style, is all about championing diversity, something that’s reflected in the lineup. N.E.R.D headlines, joined by a host of emerging and established acts including the Internet, Benjamin Booker, and Wicked Wisdom. More guests will be announced soon. $40-$85. October 13-14. 787 Windsor St. (Mechanicsville). www.afropunkfest.com/atlanta.

West Peachtree Street will flow red with the blood of non believers come Nov. 2-3, when the Mass Destruction Metal Fest returns to the Loft. So far, the headliners for this year include Terrorizer and Nasty Savage, with rumors of more heavy hitters in the works. The almighty Hellgoat kicks things off opening the fest. Other acts slated to perform include Perdition Temple, FIN, Kommandant, Abysmal Lord, the Accused AD, and the Chasm. $45-$55 (single day tickets). $75-$85 (two-day tickets). Stay tuned for more details, and more acts to be announced soon. www.massdestructionmetalfest.com.