We have to stop holding artists to impossible standards 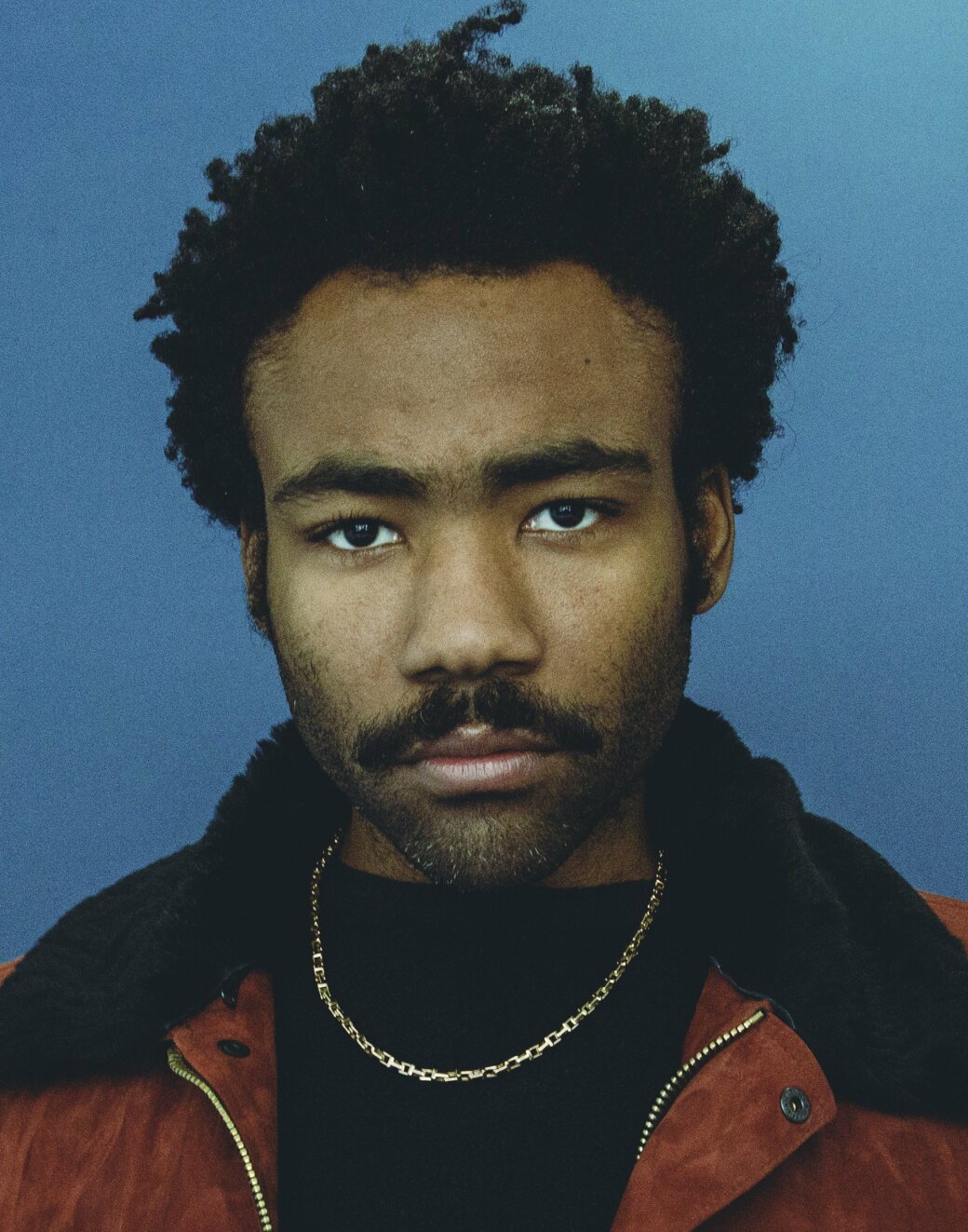 Photo credit: Courtesy RCA Records
AMERICAN MADE: All eyes are on Donald Glover a.k.a. Childish Gambino following the release of his “This is America” video.
By Jewel Wicker Wednesday May 9, 2018 01:32 PM EDT

In 2014, I was disappointed when Childish Gambino was announced as the opening act for OutKast’s ATLast three-day run of final shows in Centennial Olympic Park. As an Atlanta native, I’d been waiting for OutKast to announce a hometown show during that year’s festival run. When they did, I expected to see a lineup of epic proportions.

In the end, they delivered just that. Anyone who attended day 3 of the fest got to see a Southern rap odyssey featuring B.o.B, Killer Mike, 8Ball and MJG, Bun B, K Camp, Devin the Dude, Kilo, Gipp, and DJ Unk. Those who attended the on first night got to see the ATL home team featuring Janelle Monáe, Future, and 2 Chainz. In the middle, however, second-day attendees who’d bought tickets before ATLast evolved into a three-day event, got the worst lineup: Kid Cudi, Childish Gambino, and Raury.

To be fair, I was a huge fan of Kid Cudi and I liked newcomer Raury. It wasn’t that I didn’t want to see both artists, but the other lineups fell more in line with the blowout Atlanta festival I’d envisioned. Kid Cudi obviously noticed the crowd wasn’t thrilled by his set because he threw a fit before leaving the stage early. Just like Raury, rapper Donald Glover, a.k.a. Childish Gambino, is from Stone Mountain. But at the time, I didn’t consider him an artist who represented Atlanta culture.

I thought he was weird. He had some catchy songs, but I didn’t get his appeal. In 2016, I started understanding Glover’s appeal, when the first season of “Atlanta” premiered on FX.

As someone who has covered the TV show for two seasons, I’ve grown to appreciate Glover’s perspective on both blackness and Atlanta. I’m fascinated that someone who at one point didn’t seem to represent Atlanta culture at all has carved out a lane in television based on black life in this city. Even when you take into account critiques that Glover’s “Atlanta” caters to a white audience, or doesn’t have enough female representation, it’s still one of the most compelling shows currently on TV.

Glover pulls this off while juggling a music career, under the moniker Childish Gambino, which earned him a Grammy earlier this year.

West recently commented to TMZ, "When you hear about slavery for 400 years ... For 400 years? That sounds like a choice."

In light of West’s recent antics, I was hoping people would learn a lesson about the pitfalls of placing celebrities on a pedestal. Even genius artists are capable of making awful decisions that disappoint their fans. No one is perfect.

Unfortunately, Glover’s hosting of “SNL” and the subsequent release of the video for his new song “This is America” seems to prove that we as a society still haven’t quite learned this lesson.

Following the video’s release, my social media feed was filled with tweets calling “This Is America” one of the best visuals of our generation, and referring to Glover as a genius. These statements aren’t problematic within themselves. But it is clear that people hold Glover to a standard that will be impossible for him — or anyone — to sustain.

In a recent essay for The Atlantic, Ta-Nehisi Coates wrote about the unfair burden we often place on black artists, including iconic figures such as Michael Jackson and West.

“The gift can never wholly belong to a singular artist, free of expectation and scrutiny, because the gift is no more solely theirs than the suffering that produced it. Michael Jackson did not invent the moonwalk,” Coates writes. “When West raps, “And I basically know now, we get racially profiled/Cuffed up and hosed down, pimped up and ho’d down,” the we is instructive.”

In perhaps one of the most poignant portions of the essay, he continues:

“What Kanye West seeks is what Michael Jackson sought — liberation from the dictates of that we. In his visit with West, the rapper T.I. was stunned to find that West, despite his endorsement of Trump, had never heard of the travel ban. ‘He don’t know the things that we know because he’s removed himself from society to a point where it don’t reach him,’ T.I. said. West calls his struggle the right to be a ‘free thinker,’ and he is, indeed, championing a kind of freedom — a white freedom, freedom without consequence, freedom without criticism, freedom to be proud and ignorant; freedom to profit off a people in one moment and abandon them in the next; a Stand Your Ground freedom, freedom without responsibility, without hard memory; a Monticello without slavery, a Confederate freedom, the freedom of John C. Calhoun, not the freedom of Harriet Tubman, which calls you to risk your own; not the freedom of Nat Turner, which calls you to give even more, but a conqueror’s freedom, freedom of the strong built on antipathy or indifference to the weak, the freedom of rape buttons, pussy grabbers, and fuck you anyway, bitch; freedom of oil and invisible wars, the freedom of suburbs drawn with red lines, the white freedom of Calabasas.”


The burden of the black artist is not one that can be minimized, and it is one that we as consumers must consider more often.

Former CL Culture Writer Rodney Carmichael recently talked about Glover’s “This is America” and his identity as a black artist on NPR’s “All Things Considered.”

"We're really kind of grappling with what our entertainers at that level do with the spotlight they have on them; what kind of message are they projecting out into the world," Carmichael said. "I think with Glover, he wants to be putting out the concerns of black folk, of folks who are voiceless in this world. And I think he wants to present it in a way where it's as challenging to his audience as it is to those outside on a mass scale."

The video is challenging to watch. Glover switches between performing traditional African dances and viral moves before picking up guns and committing violent murders. In one scene, an apparent nod to the Charleston church massacre, Glover shoots and kills several members a church choir. He then gently places the rifle he used on a red cloth before resuming his dancing. The video suggests that society gawks at the violence inflicted upon black bodies with the same level of interest and intrigue that they do viral dance videos that exude black joy. No matter the effects on the individual or the community as a whole, black bodies are often used as a source of entertainment.

This is an important point to make, and one might argue that it must be done in a shocking and controversial way to be effective. As many people have pointed out, it’s unfair and even harmful to expect black people to bear witness to this type of violence all over again.

I’ve never appreciated Glover more than I do today. That appreciation is heightened by my original skepticism of him. I’m happy to have him painting the image of blackness for the masses, even if it’s one that could be more holistic. Still, I recognize that Glover is human and, though he is extremely talented, that means he won’t always get it right. He is one black man who pulls from his own experiences, and from the experiences of those around him. Based on this year’s New Yorker profile, brilliantly titled “Donald Glover Can’t Save You”, he lives a life of isolation that is indicative of many people who have achieved his level of success.

Putting Glover on a pedestal and expecting him to be a perfect representation, as we tend to do with black artists, doesn’t help anyone.