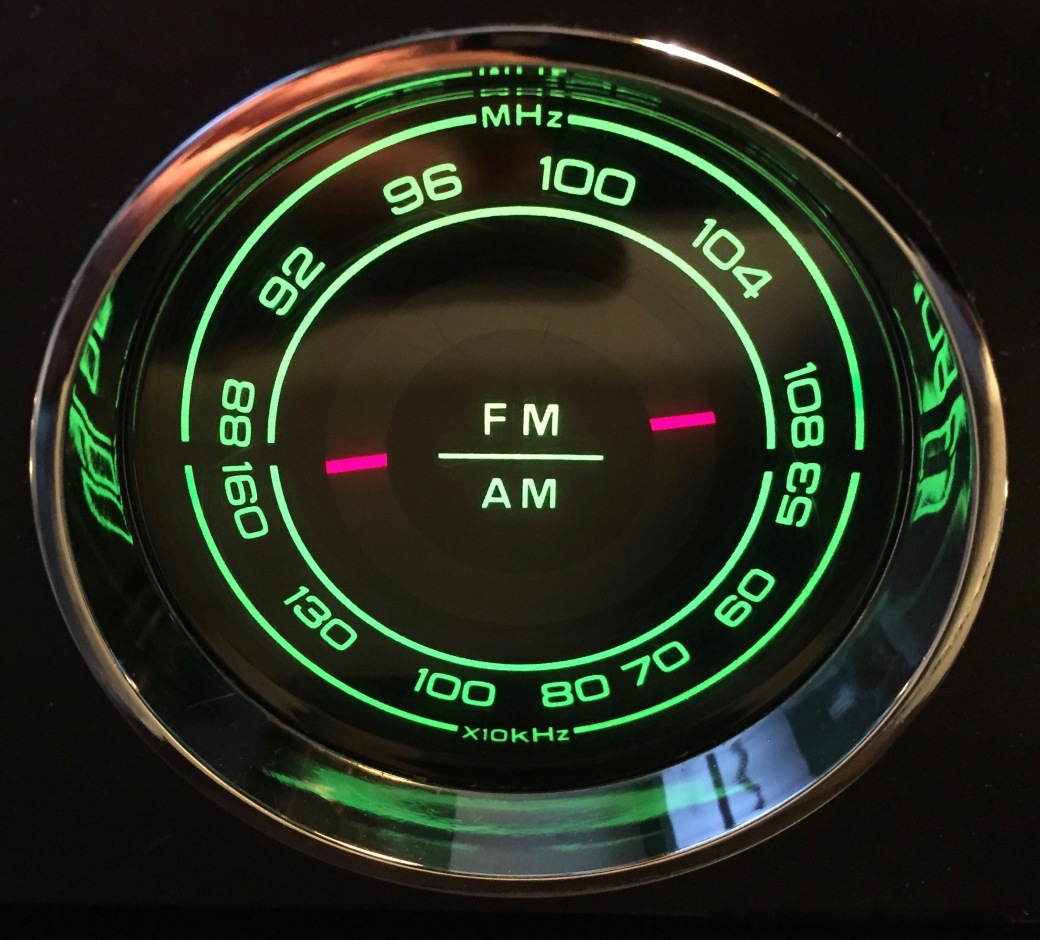 WMLB-AM goes silent this weekend. Atlanta’s self-proclaimed “Voice of the Arts” radio station is signing off after 21 years. While you couldn’t always tune in to the the station — reception could be spotty depending on where you were in Atlanta — when you did, you heard music that reflected the personality of the disc jockey rather than a playlist of hits mandated by consultants and focus groups.

Two of the voices to be missed are those of Michael Holbrook and Rex Patton, who hosted “Radio Free Radio” and “The Eclectic Ballroom,” respectively. Long-time Atlanta musicians, the songs they played reflected their musical stylings, and unique takes on the music so much a part of their lives.That’s what made WMLB such a draw, you not only heard good music, but you were able to hear fascinating, first-hand war stories of being a part of Atlanta’s early music scene.

Holbrook, a bassist, is probably best known for his work in the Hampton Grease Band, though his on air recollections covered more territory than just his days with them. Patton, also a bass player (he was in Cruis-O-Matic among other groups), came from a different school of thought, one steeped in recreating the past, rather than deconstructing it.

Holbrook fell into the deejay seat quite by accident. As he remembers, About five years ago, Jon Waterhouse (another WMLB on-air personality), “had an idea for Bruce Hampton to have a radio show from time to time.” Hampton accepted, but wanted Holbrook on the air with him. “Bruce asked me to join him; I had all the music. We did a couple of programs here and there and ended up doing every other Thursday. When the show went to every week it got harder and harder for Bruce to make it work, because he was on the road so much.” Holbrook, enjoying the freedom to play whatever he wanted, decided to keep the show going after Hampton bowed out, inviting other musicians and local personalities to share music on the air with him.

“It was a good idea on paper but the time and editing involved became more than I wanted to deal with. After spending a couple of weeks trying to set up an interview with Billy Joe Shaver, I realized that path was gonna be way too much work. The hour with him went good but I decided to just stick to music."

Holbrook says he had much more fun playing music he thought was important, “music that Atlanta had maybe never heard,” he emphasizes, recalling his criteria for selecting songs each week. “Playing music as it related to current events was particularly fun: the NRA , the war on drugs, big tobacco. I especially liked to give it to country music radio,” he says of the eclectic verging on esoteric selection of songs he featured. “Trump was an easy target, but not every day — overkill. Mass shootings were not fun, but the music spoke for itself. I did remind people every program, “It’s not normal out there.”

Patton, who has a history in Atlanta radio, got his show when was asked by morning jock Larry Larson to join WMLB.

“He emailed me and said a slot was opening up at the station and that he had recommended me for it,” Patton says. “I met with the GM at a Starbucks and after a 15 minute chat, he gave me the gig. I started off doing the Wednesday Long Drive Home shift. It was soon expanded to two days a week and then four, including a Saturday, hence the name change (to The Eclectic Ballroom).”

The name, a play on the Electric Ballroom, a club owned by the late concert promoter Alex Cooley, with whom Patton co-hosted a program on WKLS-FM, implied a broader sense of programming, and Patton gave it to his listeners. “My idea was to play music I dug that didn’t get airplay anymore. I also welcomed the chance to expand my scope from the AOR confines of what I did at 96Rock. Although I loved that gig because I could play whatever I wanted (and snuck some soul, funk, and pop in, in the process), at 1690 I could add jazz, standards, country, novelty — there were no boundaries.

“What I didn’t want to do, because others were doing it and it wasn’t up my alley,” he continues, "was play what 1190 was known for at the time, i.e., deejays playing Bob Dylan, then Margaret Whiting, then a poetry piece, then some obscure bluegrass song, then Mozart, then Bing Crosby — you know what I mean. I knew some people dug that, but I wasn’t one of them. It was a noble effort, but I couldn’t listen to it. I wanted to play more accessible music, and present them in a coherent manner with tonal and thematic elements that lent some balance and structure to the show. You never knew what you were going to hear, but it wouldn’t be jarring. If you thought about it, it would makes sense — or, at least, feel right. And, if I could impart some stories along the way that informed and entertained the audience, that was cool, too."

Neither Holbrook nor Patton currently have plans to find another radio gig. Both have been spoiled by the freedom afforded them at WMLB to play whatever they wanted.

Holbrook acknowledges that it would be hard to find a station, even on satellite radio, “that would understand the mix of music in my program. One thing I can say about 1690, they never edited or told me what to play or not to play on my program.”

Patton echoes the same feelings. “I doubt I’ll get another radio gig. The ones I had, I didn’t pursue — they just kinda showed up and I took advantage of the opportunity. If another one presented itself, I’d look into it. But, I’m probably one of the few people in the medium that never got told what to say or play. Didn’t happen at WIIN, WKLS, or at WMLB.”

And, the chances that there’s another station out there willing to hire Patton on those terms, the only way he would do it, are few and far between.

It’s too bad. The attitude reflected in their programming, and by all of those inspired by station owner Joe Webber’s “hands-off” approach, will be missed. Radio has taken a hit with the station closing, thats for sure.