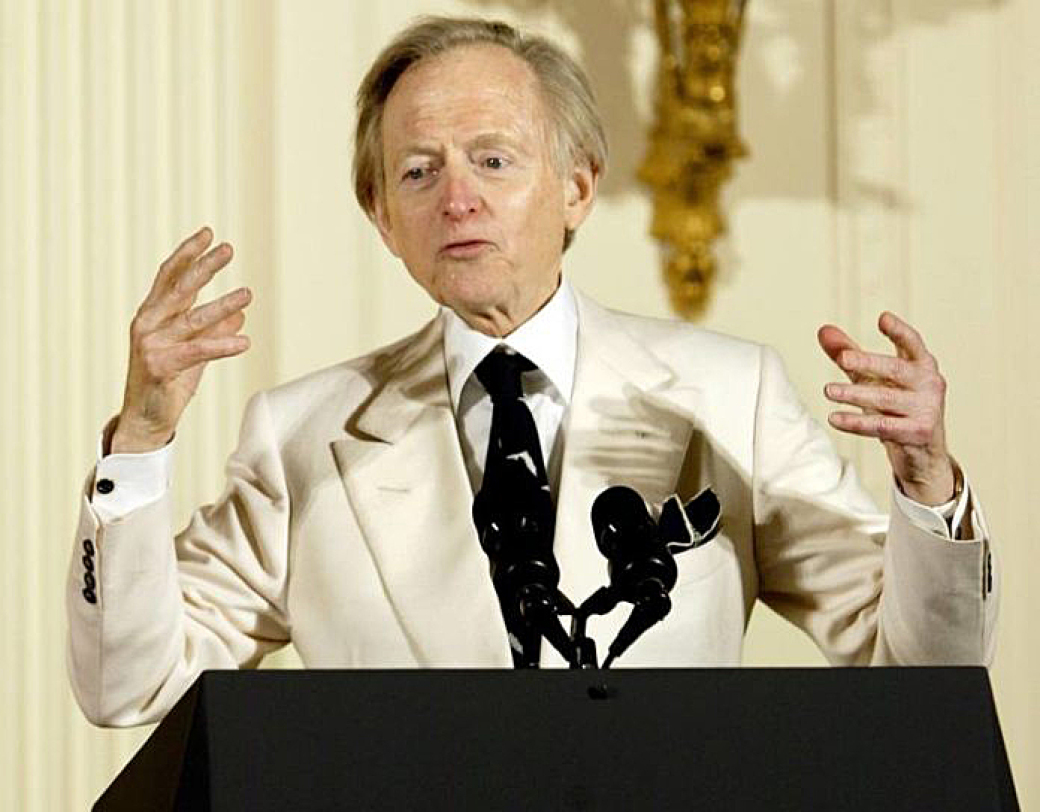 Tom Wolfe, a pioneer in the immensely influential movement of New Journalism revered for A Man in Full, his satirical novel on racial politics in Atlanta, and The Right Stuff, a book documenting the trials of the first Project Mercury astronauts, dies at 88.

Beginning his career at the Springfield Union newspaper in 1956, Wolfe would soon go on to write for The Washington Post, The New York Herald Tribune, Esquire, and several other publications alongside an extensive literary career. His work frequently addressed toxic masculinity, racial division, and class disparity. Wolfe was a progenitor of saturation reporting, a technique used to observe subjects for an extended period of time, and brought a more personal tone to his reporting.

Wolfe’s editor at Esquire told The Independent in 1998, “He has this unique gift of language that sets him apart as Tom Wolfe. It is full of hyperbole; it is brilliant; it is funny, and he has a wonderful ear for how people look and feel.”

Wolfe’s up-close perspective on Atlanta’s racial tensions often upset white citizens, yet he unapologetically refused to sacrifice his humor for politeness. He kept his readers laughing while always writing things that mattered — most notably in A Man in Full’s celebration of Freaknik, a pilgrimage of African American college students to Atlanta from across the nation, wreaking havoc on the city.

“Oh, these black boys and girls came to Atlanta from colleges all over the place for Freaknik every April, at spring break, thousands of them, and here they were on Piedmont Avenue, in the heart of the northern third of Atlanta, the white third, flooding the streets, the parks, the malls, taking over Midtown and Downtown and the commercial strips of Buckhead, tying up traffic, even on Highways 75 and 85, baying at the moon, which turns chocolate during Freaknik, freaking out White Atlanta, scaring them indoors, where they cower for three days, giving them a snootful of the future.”