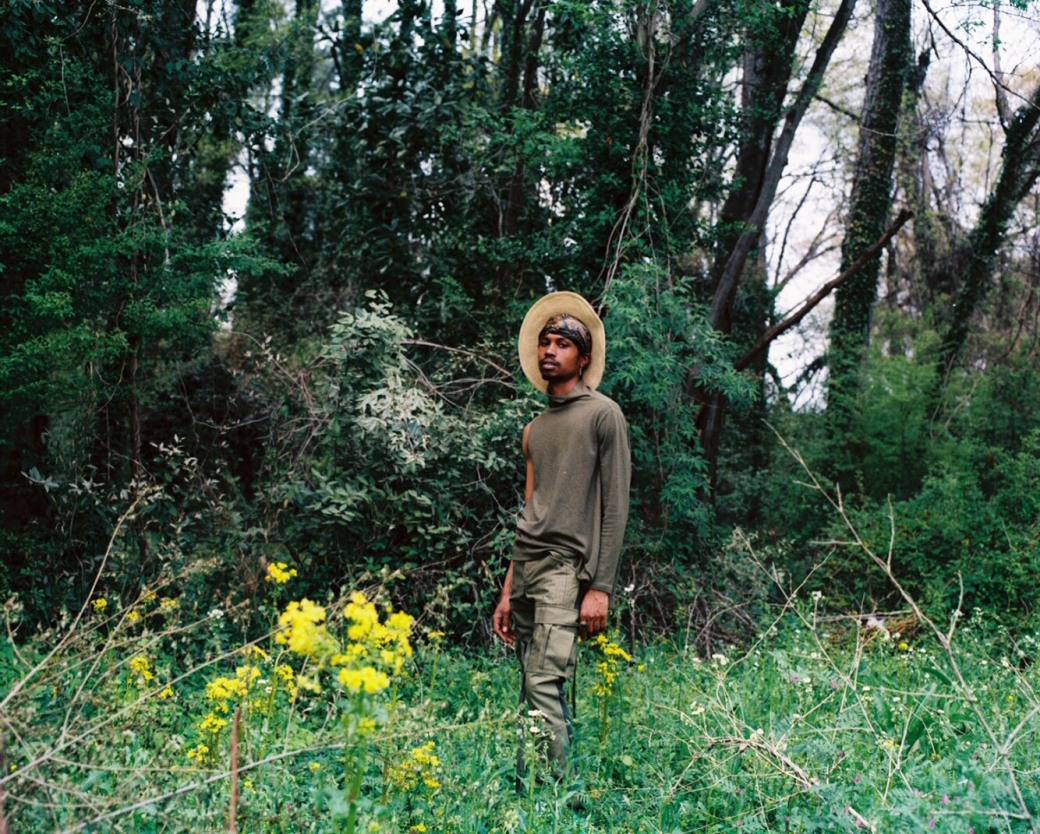 Photo credit: Josiah Rundles
BACK TO THE BASICS: Raury is back where he started, leaking songs to generate buzz.
By Jewel Wicker Wednesday May 16, 2018 07:59 AM EDT

Stone Mountain wonderkid Raury was on a path to stardom just four years ago. Now, the artist has all but disappeared from the scene.

Following a series of business changes, Raury is back where he started, leaking songs, hoping to generate buzz. In April, the 21-year-old songwriter, born Raury Deshawn Tullis, released 22 new songs via Soundcloud. Collectively known as The Woods, the atmospheric project features guest appearances by artists such as Jaixx and Corinne Bailey Rae. Sonically and lyrically, the collection recalls Raury’s early acoustic songs such as “Bloom” and “Sunshine.” In the standout number, “In Due Time,” Raury offers what might be a clue to the recent break when he sings, “Didn’t mean to lose control.”

Raury rose to prominence alongside LVRN, the creative agency and management team based in West Midtown. Back then, the collective was just a group of former party promoters from Georgia State University hoping to break into music. The popularity of their first artist, then 18-year-old Raury, seemed organic, beginning with a series of songs leaked in conjunction with the teen’s senior prom. Co-signs from Andre 3000 of OutKast and Erykah Badu garnered even more attention for the burgeoning artist. Rumors on social media suggested Rauray was backed by a label early on, but his team has always maintained that the popularity of his Indigo Child mixtape, and songs such as “God’s Whisper,” were the impetus for his record deal.

Regardless, by the time Raury released his debut album, All We Are, much of the hype had died. The album underperformed, and eventually Raury parted ways with LVRN and Columbia.

Earlier this year, he tweeted at his former management team, saying, in part:

Thanks for getting me to where u got me @LVRN Justice Junia Carlon Sean Jimmy Gotti Trevon Sean P. Michael Holt Kipper Hilson. 4evrfamily. Truth is we just were never the same from day one and I was always destined for something else, and so are y'all…But yeah ... truth is spirit didn't align y'all to be the one that manage raury you could never an would never get my purpose.

Raury is still finding his voice while fighting to be heard within the industry. What remains as clear as it was the first time I heard Raury is that he is passionate about creating music that expresses the freedom he is seeking in his own life.

In an interview with DJBooth earlier this year, Raury said he’d rather “die than be controlled,” when asked about parting ways with Columbia. “I would rather take my career on a path where I can play with my friends, stay with family, and remain physically, psychologically, and spiritually well.”

As an independent artist, he’s hosted a series of free shows in hopes of creating a sense of intimacy with fans, but it’s still unclear how he plans to make this sustainable long-term.