LeCrae and Zaytoven bring religion to the trap 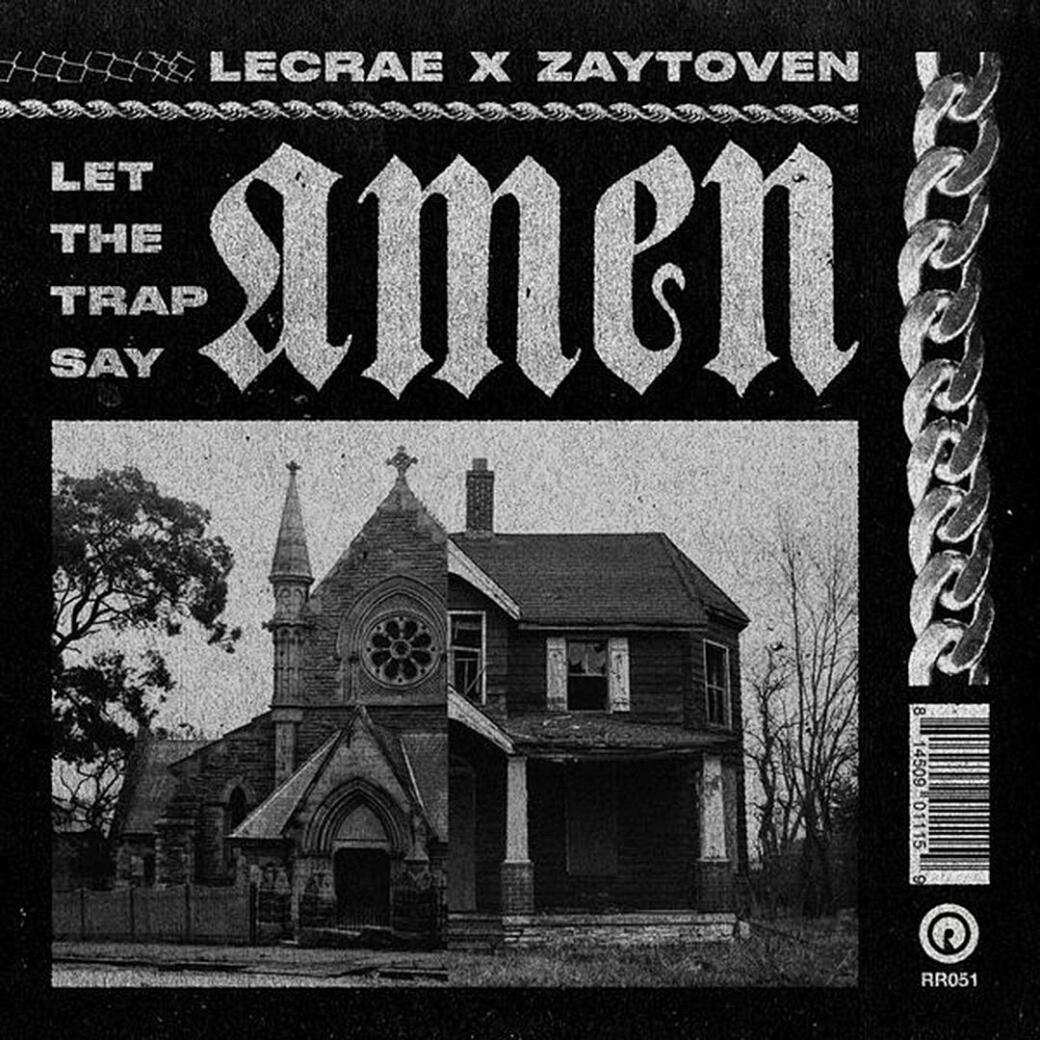 I’ve long credited my love for music to growing up in a Southern Baptist mega church. I grew up enraptured by the melodies, harmonies, and melismas. Even today my favorite singers are a reflection on the gospel influences with which I grew up.

My story isn’t unique. This is the story of many black people’s relationship with music. When Zaytoven was known globally for creating beats for artists like Gucci Mane, Young Dolph, and Future, he was also serving as an organist for a church in Conyers. Just two years ago Hot New Hip-Hop, interviewed the popular trap producer, known for incorporating keys into his beats (hence his name, a play on Beethoven), who was still playing for the church three days a week.

“When I play the keys, I’m playing ‘em almost like I’m at church,” he said. “It’s no structure to it. I’m just freestyling. I’m playing by ear. What I learned in this music is there’s no rules to it or there’s no way that it has to go. So I might play and hit a wrong note and leave it in there. If we’re talking about street music or trap music, everything can’t be perfect and all mixed and all well put together — it takes the edge off the music.”

It’s no surprise, then, that the prolific producer has teamed up with another Atlanta rapper for another project about the trap, although this one is different than his work with Gucci Mane and Migos. LeCrae and Zaytoven’s Let the Trap Say Amen flips trap music's tropes and with tales of redemption.

The album's opening number, “Get Back Right,” features a cadence and background adlibs that would’ve fit right in on Migos’ Culture albums. But where the Atlanta trio has a song called “Get Right Witcha” with the lyrics that read, “Bad bitches, fuck them then dismiss them,” Lecrae delivers a religious version of beef. “You and your squad versus me and my God, look bruh you ain’t finna win that,” he raps.

Zaytoven’s signature keys appear early on in the project on standout production “Preach.” “I got the Jesus PEACE. I got the God in me. Don’t need the ice or the chain,” Lecrae raps on the hook.

The rapper enlists Waka Flocka Flame and KSO James for “2 Sides to the Game,” a song about dope boys who make the fast life and money look enticing without showcasing the downfall that often follows. “You get rich off of dope, if you let them tell it,” he raps. “There’s two sides to the game and they ain’t gone tell it.” It’s a peculiar feature considering the subject matter of Waka’s hits, but it shows that no one is above rewriting their story.

“Plugged In” is a standout example of the greatness that Zaytoven and Lecrae are capable of together. “My plug come through every time and I ain’t never seen a drought,” the rapper says over melodic keys and hi-hats.

Ultimately, Let the Trap Say Amen suffers many of the same pitfalls as most similarly thematic albums: The production is repetitive. LeCrae’s raps, which often serve the theme more than anything else, come off as trite and labored. On “Holy Water” he raps, “116 and we been in the kitchen cooking up a chicken you can listen to.”

Still, the Atlanta rapper continues to show that he’s willing to step outside of conventional gospel narratives in order to spread his message, even if it invites criticism from trap music purists.

Let the Trap Say Amen is further proof that the rapper is more than just a gospel act.