Lonnie Holley, Nikki and the Phantom Callers, New Bedlam, and Moonshield set the tone for the week 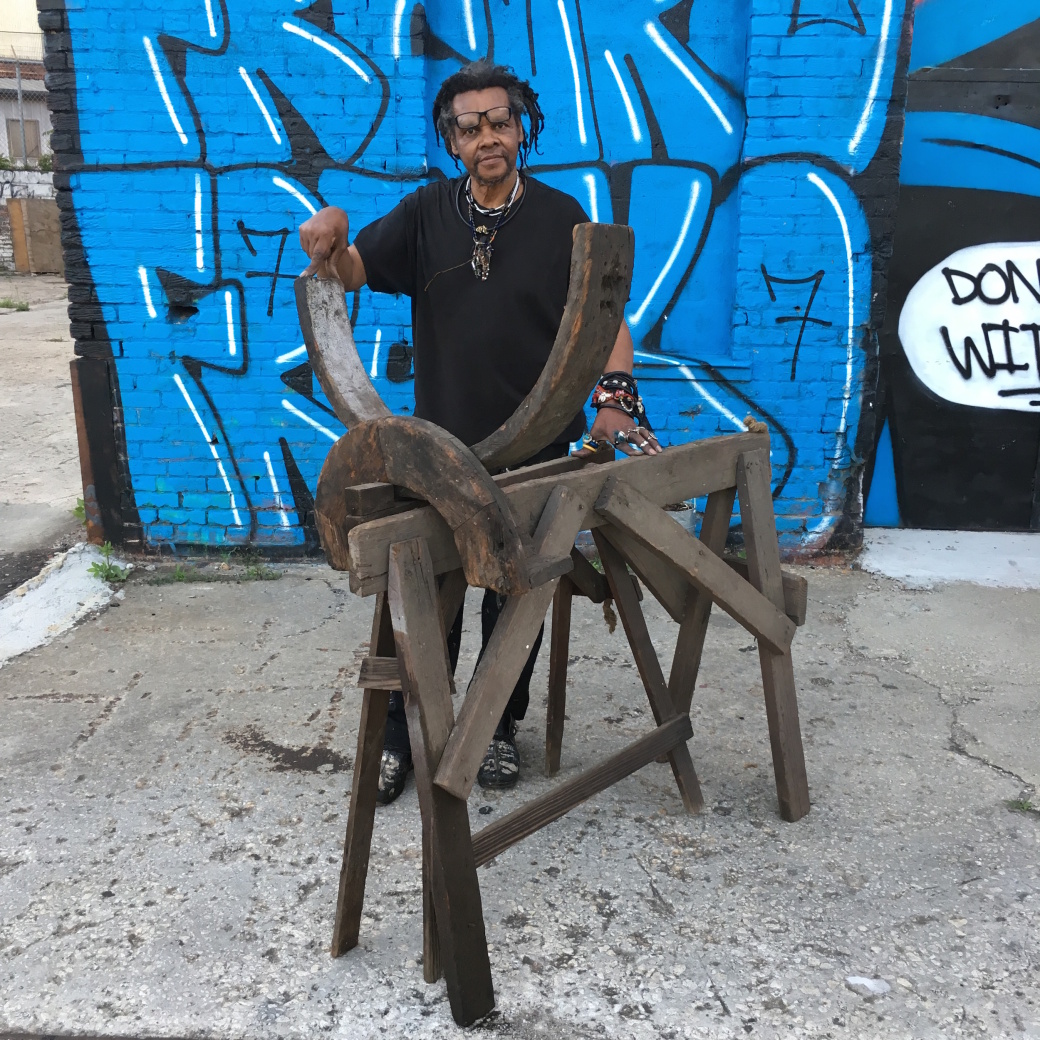 “I Woke Up In A Fucked-Up America” is the first single from MITH, Lonnie Holley’s forthcoming third LP. On the heels of this first single, the new album already shows hints of a real-time affirmation of everything that’s gone awry with modern America. Be it environmental destruction, race relations, politics, et al., everything easily falls under the category of one simple, powerful phrase: “I Woke Up In A Fucked-Up America.”

With his previous albums, 2012’s Just Before Music and 2013’s Keeping a Record of It, both released via Dust-to-Digital, Holley thrived on a balance of chance, improvisation, and the aesthetics of Southern folk art. When it comes to music, the rule is simple: play the song once and move on. Along the way, stringing together a chain of short, evocative words and impressionistic phrases that remain open to interpretation has been among Holley’s strong suits. The open-ended verbal cues amid his legacy of visual art and music made from debris and other bits of ephemera left in humanity’s wake culminate with jagged unease. “I Woke Up In A Fucked-Up America” pushes these elements to the most expansive regions of Holley’s mind, only to return with grave surrealism and more gravity than any of Holley’s previous musical offerings. The production is sharp, the imagery is surreal, and the feelings of nightmarish dread are underscored by Dave Nelson’s ominous trombone, percussionist Marlon Patton’s tumbling rhythms, and Shahzad Ismaily’s synth swells.

The 10 songs that make up MITH were recorded over the last five years in various locations around the world — Atlanta, New York City, Porto, Portugal, and more — and the album features contributions from an impressive cast of cosmic other travelers, including Laraaji, the late Richard Swift, and saxophone player Sam Gendel. The album is out Sept. 21 via Jagjaguwar Records. In the meantime, feast your eyes on the gorgeous and horrifying video for “I Woke Up In A Fucked Up America,” directed by Matt Arnett and Ethan Payne.

The Genetically Awkward EP was recorded over two days in May at Maze Studios with producer/engineer Ben Etter (Deerhunter, Biters, Cut Copy). The group has an EP release party on the books for Sat., Aug. 11 at the Star Bar in Little Five Points. Spray Tan, A.T.I.W., and Ten Hit Combo also perform. $10. 9 p.m.


Let the adventure begin! On Aug. 3, the fantasy-metal headbangers in Moonshield will summon forth a debut album, titled The Warbrand, drawing inspiration from a lifetime immersed in comic books and conquering far away lands in the various permutations of video games such as “Final Fantasy,” “The Legend of Zelda,” and “Super Mario Bros.”

Since 2016, singer Richard Philip (ex Fox Wound), bass player Mike Michalski (Ecryptus), drummer Jeff Claxton (New Junk City), and guitarists Steve Johnson (Seagulls) and Nathan Streeper  have fleshed out their shared passion for history and heavy metal. “The Death Cleric” is the first blast of warlock riffage and hardcore vocals bringing the group’s vision to life with lyrics such as, “Stealth of the Wolf, Rage of the Bear / Sight of the one eyed raven flying through the air / And when the soldiers who've been carved to the bone / They return to the fight / Death Cleric has arrived.”

The band's latest 7-inch, titled What the Daughter Does, the Mother Did, is out July 27 via Tiny Tornado). “Prodigal Daughter” is a duet with Anna Kramer that's stacked with dueling alto and soprano harmonies. The song, recorded by Randy Michael of InCrowd, billows with chirping back-up vocals, a honeycomb guitar melody, and drums that will make you want to join in with a tambourine or some toe-tapping.​​​​​ The band is live on air on WABE on Fri. Aug. 3 from 12 p.m. to 2 p.m. to promote the release and perform a few songs. Later that night, the quartet will grace the stage at 529 for a record release party. With Rod Hamdallah, the Invisible Teardrops, and Roadkill Debutante. $8. 9 p.m.

With additional reporting by Lily Guthrie.