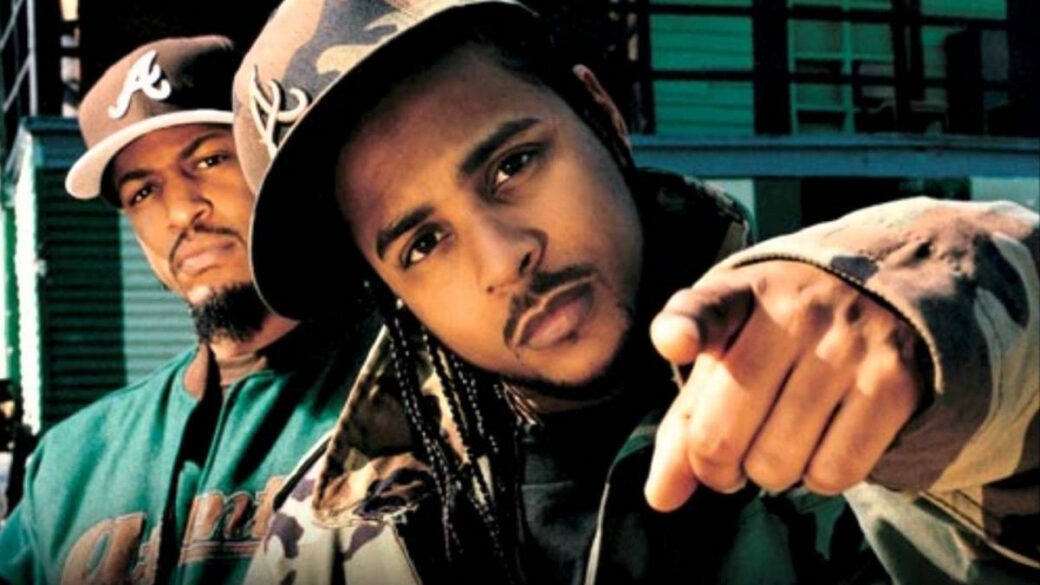 The inspiration behind the ATL crunk set at this year’s One Musicfest came from an unlikely source: The Tom Joyner Foundation Fantastic Voyage Cruise.

“At first I was like, ‘Ain’t no way in hell there’s a crunk set [on that cruise],” says One Musicfest founder Jason Carter, recalling the moment he overheard an acquaintance singing the praises of what sounded like the highlight of the “Tom Joyner Morning Show” host’s Miami-based ocean liner party cruise.

For Carter, the tales of crunk on the high seas sparked memories of Atlanta artists who were determined to break into the mainstream, even if they had to throw a few elbows and bust a few heads to get there. He started thinking deeply about that rich mid-’90s to mid-aughts legacy of booming 808 beats and pep rally chants immortalized by the likes of mainstream hits such as Lil Jon & the East Side Boyz’ “Get Low,” Trillville’s “Neva Eva,” and Ying Yang Twins’ “Salt Shaker.”

“You forget all the music that era and time had,” Carter says.

To create a set that honored the crunk era, Carter enlisted long-standing Atlanta hip-hop fixture DJ Nabs. With decades of experience, including working with Kris Kross, Ciara, and Ludacris and hosting Hot 97.5 FM’s “In The Lab With DJ Nabs” — one of Atlanta’s most popular urban radio shows in history, according to Carter — Nabs wrangled the most influential crunk artists for the set in a “couple of hours.” As a result, One Musicfest’s crunk showcase features performances by the YoungBloodZ, Ying Yang Twins, Trillville, Kilo Ali, and the Eastside Boyz. It’s a show honoring an important part of Atlanta’s musical legacy, though. There’s no telling who else might show up, and surprises are inevitable. During a press conference in August, Nabs said he’s worked to make it the “most amazing Southern hip-hop show you’ve ever seen.”

Carter and Nabs are both well-versed in the many iterations of Atlanta’s ever-evolving rap music scene, from the 1995 Source Awards when André 3000 declared, “The South got something to say,” amid an escalating beef between East Coast and West Coast rappers, to DJs refusing to play Lil Jon and the Eastside Boyz for fear it would incite a riot. Carter says both eras encompass the same underdog spirit. “It was our voice trying to talk over everybody else,” he says. “We were young, and we just had this energy. It felt rebellious.”

The One MusicFest founder went on to say that he believes it’s important to honor the “collective spirit” that helps Atlanta continue to thrive and continually reinvent itself. This has made previous One MusicFest lineups, headlined by the likes of Janelle Monáe’s Wondaland collective in 2015, and the 2016 Dungeon Family reunion so powerful. It’s impressive to think that Carter has just scratched the surface when it comes to honoring Atlanta music. With So So Def heading out on the label’s 25th anniversary Cultural Curren$y reunion tour this year, perhaps the festival will host an encore set for the Atlanta collective in 2019? Carter says there’s a list of artists he’s looking to have on stage, but he’s honest about some of the obstacles he faces when trying to create the perfect lineup. “Some of them just want entirely too much money,” he says. “Maybe we can come to a happy middle ground.”

Below the surface, the Tom Joyner Foundation Fantastic Voyage Cruise and One MusicFest have more in common than one might realize — they both strive to create a stage for a wide range of urban acts. During this year’s two-day One MusicFest, other performers touch on a wide range of styles, from George Clinton and Parliament’s revolutionary R&B to Big Sean’s hook-driven hip-hop anthems. 2 Chainz is also on the lineup, replacing rapper Cardi B, who is still at home adjusting to motherhood. “I could never find a festival that embraced all breadths of urban talent and artistry,” Carter says of his vision for One Musicfest, which boasts the tagline “Unity Through Music.”

According to Carter, attendees range in age from teenagers to 40-year-olds. As the crowd headbangs to Trillville’s “Some Cut,” some spectators may include those whose first introduction to hip-hop happened during this underappreciated era, as well as anyone who was moshing in the pit back in the crunk heyday. Just like 2 Chainz boasts a diverse audience, so do the Eastside Boyz and George Clinton.

Carter sees the festival as an unlikely bridge between these audiences and the other artists on his lineup. “Prejudices slowly start going away, and folks connect with brand-new people and new energies at festivals like One MusicFest,” Carter says.

This year also sees One Musicfest expanding to two days and moving to Central Park in the Fourth Ward West neighborhood. Carter says the festival moved to Lakewood Amphitheater after it outgrew various locations, including King Plow Arts Center, Park Tavern, and Historic Fourth Ward Park. Now, the festival has outgrown Lakewood. In addition to having seats at the main stage, which Carter notes doesn’t have the traditional festival feel, he adds, “You lose a bit of the energy when you put it in a controlled amphitheater space.” .

In addition, the seats alone, Carter says, made expanding to a two-day festival too expensive: People who paid $130 for a seat during the day-long festival would’ve seen their price double to $260 if the festival added an additional day.

Moving to Central Park also plants the festival in the heart of the city. “I think it has a lot of things that will make sense to the consumer financially and geographically,” Carter says. “Hopefully we can make it our home for the next few years.”

Where better for the kings of crunk to reclaim their throne?