Anthony David’s latest album, ‘Hello Like Before’ covers the songs of Bill Withers 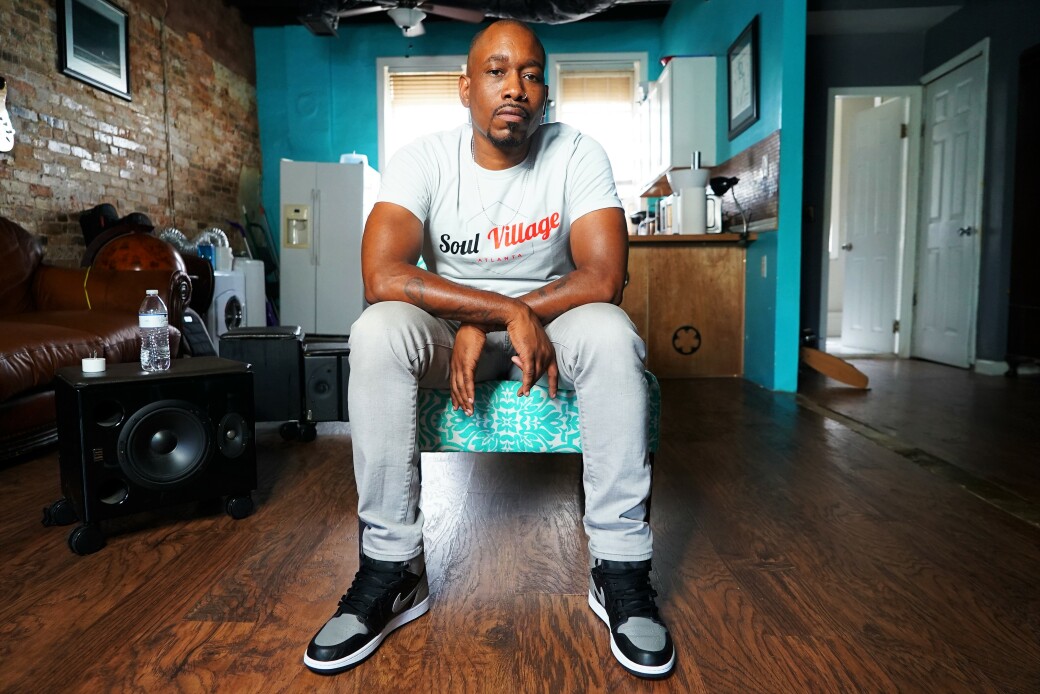 The first time I met Anthony David was several years ago at Noni’s with a group of mutual friends over garlic and parmesan fries and unfiltered commentary on various industry happenings.

Last week I returned to Edgewood to meet David for an interview at Edgewood Pizza. The Savannah-born singer lives nearby and says it’s one of his go-to spots to grab a drink and a bite to eat. He’s there so much, he’s been in talks with the chef about possibly opening a restaurant together. Although It’s unclear if that will come to fruition, for now, David is preparing for the release of his latest album, Hello Like Before: The Songs Of Bill Withers.

David will perform about three songs from the new project, as well as other songs from throughout his catalog at Mable House on Sept. 22, with Gregory Porter and Avery*Sunshine. He has back-to-back solo shows on the calendar at City Winery Dec. 29-30.

After having his own songs compared to Bill Withers throughout the years, David is tackling some of the legendary singer’s greatest hits and a few deep cuts on Hello Like Before. The album arrived Sept. 21 via Shanachie Records, and is named after one of David’s favorite Withers songs. “He’s just saying some cold shit,” David says.

Hello Like Before was inspired by David’s live covers of Withers’ songs, and by live shows by groups such as ATL Collective who played a tribute to Withers in January. David compared recording the album to acting, saying the beauty in recording music created by someone else is that he didn’t have to dig into his own emotional wounds to create the content.

David met Withers when he was touring with India.Arie early in his career. He doesn’t have a personal relationship with the singer but he says he recently received a note of approval from Wither’s daughter saying she loved Hello Like Before. For David, one of the most rewarding parts of releasing this project now is having the chance to give the 80-year-old Withers props while he’s still alive. As the R&B community continues to grieve the loss of Aretha Franklin, who died in August, the sentiment is especially poignant.

In August, David introduced the album with a cover of “Lovely Day.” While his version of the song features more prominent strings, stylistically, it doesn’t stray too far from the original R&B staple. On “Use Me,” the familiar riff is still in place but David adds a few rap-like adlibs (“aye”) into the mix for good measure. The singer most effectively blends modern and traditional influences on songs such as the opening number “Grandma’s Hands.” The song retains its acoustic feel before percussion and organs kick in. David says he tried to “modernize” his covers without jeopardizing the integrity of the music itself. “I love innovation and I love tradition,” he says.

David and his band recorded the music for album in two days, and it took about two weeks to lay down the vocals for the songs at 800 East Studios. David credits the ease of the project to his relationship with his team, including Eddie “Gypsy” Stokes who has worked with David since working on his first demo. “It felt like the peak of our powers,” David said.

David also went on to say he doesn’t know what he’ll do next once promotion of Hello Like Before is over, although he’s gotten back into acting, appearing on shows like “Greenleaf,” and doing theater in recent years. He’s consulting on his cousin’s charity AWOL, an arts and tech program that teaches life skills to at-risk youth at Wheat Street Baptist Church. David has had a long career as a touring artist and that will likely continue. He’s always working on his own music so, perhaps, fans will get to hear some of that, too.

Whatever it is he works on next, it’s safe to say David won’t stray too far from his Edgewood neighborhood and his favorite hangouts for too long.