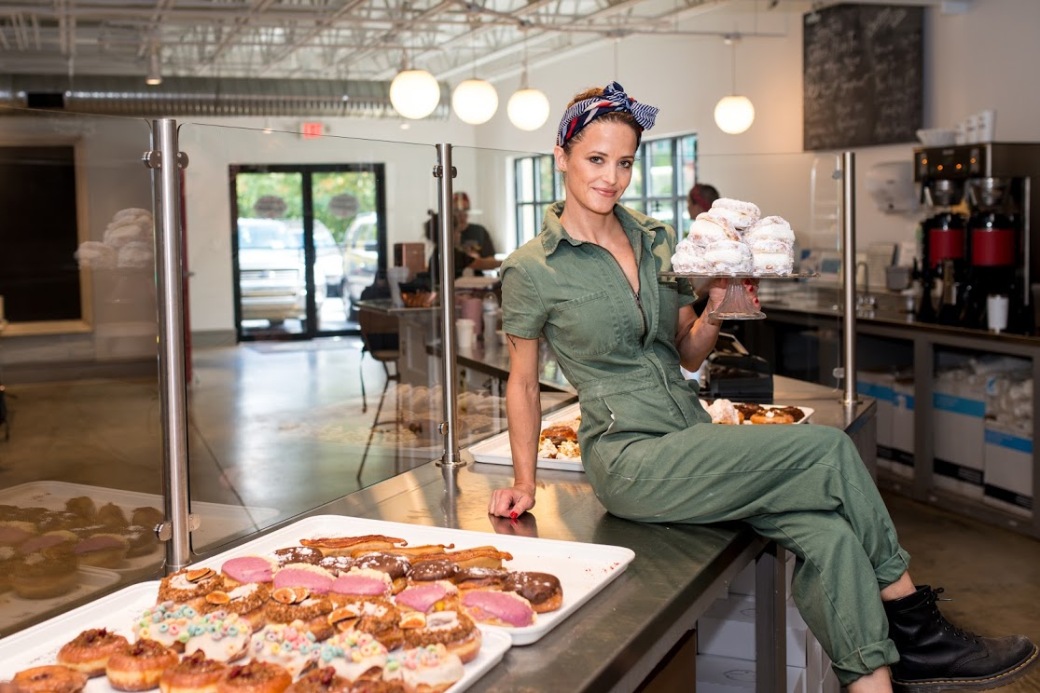 Java Monkey, a refuge for writers and poets, was severely damaged by fire on Sunday (11/11) evening. A Decatur staple since 2001, the coffeehouse announced via its Facebook page that design and reconstruction would likely take four months to complete.

Mark your calendars for one of the largest and most celebrated annual food and drink event in Atlanta, Team Hidi 7. The fundraising function, benefitting the organization The Giving Kitchen, is scheduled for Feb. 24, 2019. Last year’s event raised $725,000 in funding grants dedicated to members of the restaurant industry experiencing unexpected hardships.

Doughnut Dollie’s, Marietta’s much-loved craft doughnut bakery, is opening a second location in West Midtown (1963 Howell Mill Rd.). Chef and co-owner Anna Gatti’s made-from-scratch treats will be served Sunday- Saturday from 7 a.m. until the doughnuts run out. The store is projected to open in mid-January. DD’s will serve Athens’ Jittery Joe draft coffee and is set to include gluten free options in the bakery case.

Much-anticipated pizzeria Ammazza opened Tues. (11/13) in its new Decatur digs (314 E. Howard Ave.) next to Doggy Dogg and across from Kimball House. The menu loaded with pizza, pasta, and antipasto for dinner, but Amazza is BYOB until a liquor license is secured. Lunch launches later in 2019. The original Amazza location on Edgewood is also scheduled to reopen this winter.

Another spot is going full on festive this season. Marietta’s Red Sky Tapas & Bar (1255 Johnson Ferry Rd.) pops up sporting “A Christmas Story” theme beginning Tues., Nov. 20 and lasting through the end of the year. A menu of tapas, entrees and cocktails will be inspired by the film. Bunny suits are encouraged, but stay away from the flagpole.

Ever wanted to get bottle service in a private igloo. Beginning Fri., Nov. 23, The Roof at Ponce City Market transforms into Skate the Sky, complete with a 3,500 square foot ice rink. Skate atop the Atlanta skyline, snuggle with faux fur blankets, and get cozy with warm beverages. Up to eight guests can snuggle in a private igloo with bottle service. Get that fur-lined hooded jacket ready; we’ll await the selfies. Skate the Sky runs until Sunday, Jan. 13.