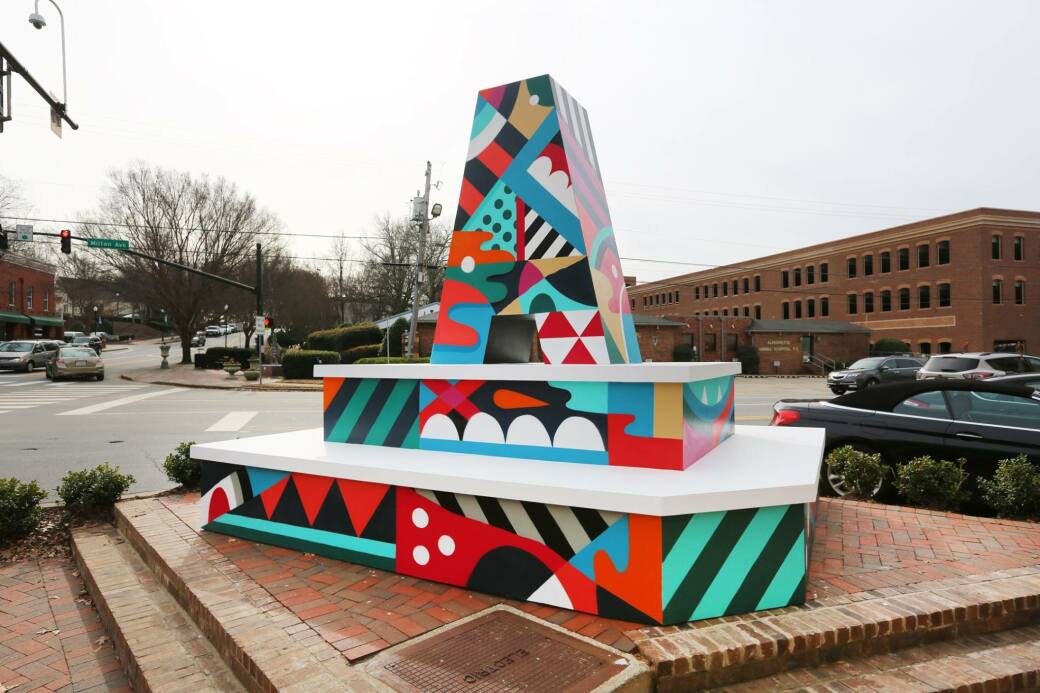 Photo credit: Courtesy of Courtesy Green Olive Media
A+: The new "A" for Alpharetta near Coalition Food and Beverage by Greg Mike.
By Angela Hansberger Thursday December 27, 2018 05:51 pm EST

Check out Alpharetta’s new street art, yes we said Alpharetta. Restaurateur Ryan Pernice and Teasley Place’s George Jackson IV commissioned artist Greg Mike in the creation of a 2-tiered seating platform and 12 foot tall “A” for Alpharetta. The structure can be seen near Coalition Food and Beverage at the corner of Milton and Canton St.

Illegal Food pop-up is back at Dish Dive, 2233 College Ave., for two nights: Fri. Jan. 4 and Sat. Jan. 5, from 5 to 10 p.m. For reservations, which are limited, contact info at illegalfoodatlanta.com.

Grass fed burgers and local produce are coming to a brand new Whole Foods. Farm Burger will find a home inside the market at 22 14th St. come Spring 2019.

Kids, take your parents to brunch. The Pinewood in Decatur has a new kids menu for Sundays in January, replete with kid cocktails and entertainment each week. On Jan. 6 brunch begins with a magician from 11:30 a.m. to 2 p.m. Trigger warning: Jan 20 will feature a carnival clown.

If you pulled up to a Pollo Tropical to get chicken and fried plantains this week, you were probably greeted with a closed sign. The Miami-based chain, now a subsidiary of Fiesta Restaurant Group, closed all nine Atlanta locations on Dec. 20.

We wondered what would happen to the kooky space that has held Better Half for five years. Adjacent restaurant Wagaya will take over 349 14th St., which has been vacant since October, and open Chirori. Wagaya also has an Emory location.

Neato statistic of the week: City Winery at Ponce City Market processed 52.2 tons of grapes during winemaking in 2018. Cheers! 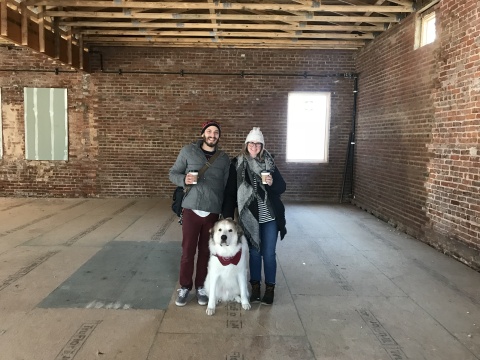