Documentary traces the evolution of African-Americans in horror cinema, from ‘Blacula”’ to ‘Get Out’ 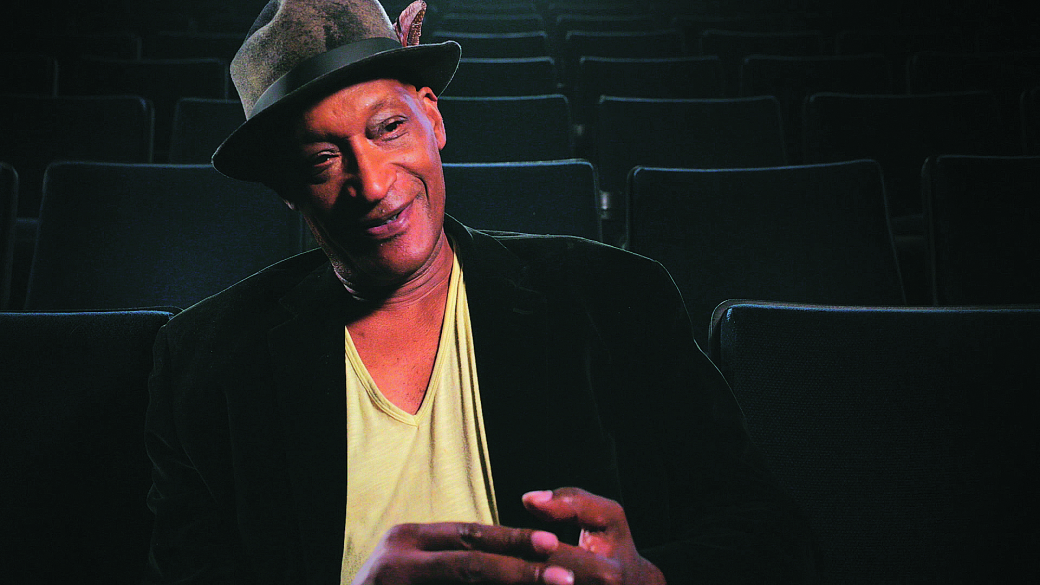 One of my favorite sites of the evolving landscape for African-Americans on film and television can be found in an Atlanta neighborhood. The same stately local mansion that served as the title character’s retirement home in 1989’s Driving Miss Daisy provided the crumbling home for the instant classic, “Teddy Perkins,” an episode of Donald Glover’s Atlanta.

With Atlanta’s” second season recently added to Hulu, revisiting the gothic suspense of “Teddy Perkins” serves as an Emmy-winning reminder that the horror genre has entered a more complex, creatively rewarding relationship with race. The commercial and critical success of Get Out in 2017 signaled this new phase, with writer-director Jordan Peele crafting ingenious metaphors for African-American anxiety at being in “white spaces.”

With Peele’s new career as a master of suspense entering another chapter this month, the new documentary Horror Noire: The History of Black Horror offers a timely lesson in how far the genre and black filmmakers have come. Recently debuting on Shudder, the horror streaming service, Horror Noire interviews African-American actors, directors, and film historians about their treatment in scary cinema. “We’ve always loved horror,” comments one interview subject. “It’s just that horror, unfortunately, hasn’t always loved us.”

Adapting the book Horror Noire: Black in American Horror Films from 1890s to Present (Robin R. Means Coleman), director Xavier Burgin depicts the stereotyping of the early decades of horror, with “voodoo” threatening white protagonists while African-American actors play fearful comic relief. In the late 1960s, Night of the Living Dead achieved a landmark of casting with its black leading man and resonated with the contemporary civil rights movement: The film’s completion was almost simultaneous with the assassination of Martin Luther King Jr.

Horror emerges as a subset of 1970s blaxploitation, and Blacula’s scene of a black vampire unable to see himself in a mirror reflects, in the documentary, black audiences’ inability to see themselves on screen. Progress advances with two steps forward, one back: In the 1980s slasher films, black actors got killed off so quickly that “first to die” became a familiar trope. Only in the 1990s did black horror come into its own with the likes of Candyman and Tales from the Hood. The new wave of black horror has even spawned a direct-to-DVD sequel to the 1995 horror anthology.

A few details help Horror Noire transcend the low-budget, clips-and-talking-heads format. Burgin pairs up many of the interviewees in a movie theater, providing an easy camaraderie that’s less formal than similar documentaries. As they comment on film through their shared experience of racism and inequalities in Hollywood and America at large, Horror Noire has higher stakes than just industry insiders talking about films they like. Peele comments on his creative decision to have no “good” white people in Get Out and his surprised relief when white audiences embraced the film anyway.

Since Get Out, Peele has become something of a horror impresario. March 22 sees the release of his follow-up film Us, in which a family (including Black Panther’s Winston Duke and Lupita Nyong’o) is confronted by terrifying doppelgängers. Peele also serves as host and executive producer of The Twilight Zone, CBS All Access’ reboot of Rod Serling’s classic anthology series, debuting April 1.

But Peele hasn’t cornered the market on black horror. In Ma, opening May 31, Octavia Spencer re-teams with her The Help director Tate Taylor for a role that promises a terrifying change of pace as a middle-aged woman who allows teens to drink in her basement — and is not at all what she seems. Black horror has become a genre to watch, as it can hold a mirror up to America and, finally, reflect everyone.

Look Who’s Stalking: In Greta, director Neil Jordan helms a suspense thriller that may be too white for its own good. Atlanta native Chloë Grace Moretz plays Frances, a New York waitress still grieving over her mother’s death the previous year, who strikes up a fateful friendship. She returns a lost handbag to lonely widow Greta (Isabelle Huppert), who welcomes Frances’ companionship but begins crossing too many boundaries.

Greta turns into a familiar stalker narrative, in which the authorities and victim’s workplaces prove surprisingly unhelpful, and social media can be a stalker’s best friend. Jordan’s career highlights have shown a command over suspense and psychological insights in the likes of The Company of Wolves, The Butcher Boy, and his biggest hit, The Crying Game.

Here he effectively stokes Frances’ paranoia with Hitchcockian set pieces in New York streets, clubs, and subways. Greta is a pianist (a nod to Huppert’s role in The Piano Teacher), and the music design showcases increasing sinister arrangements of Liszt’s “Liebesträum.”

Huppert and Moretz both give compelling performances, but ultimately can’t elevate such a thin script, which is surprisingly weak on psychological insight or smart twists. Jordan wants to offer the audience a good time, but unfortunately has nothing in particular to say, which ultimately feels like a misuse of some good actors.