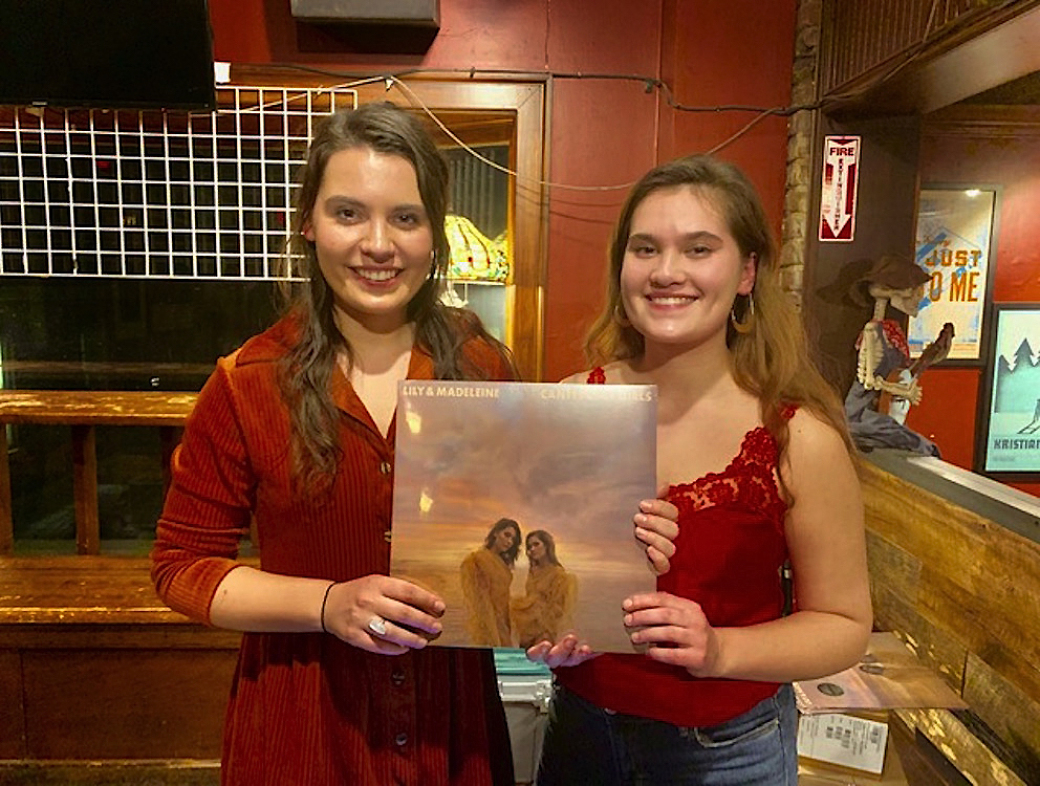 Sisters and song-writing duo Lily & Madeleine Jurkiewicz graced the stage at Eddie’s Attic on Tuesday, February 26, on the Canterbury Girls tour. The Indianapolis natives filled seats and warmed the atmosphere of the acclaimed Decatur listening room as they performed songs from throughout their folk-pop discography. The cozy interior of the venue complemented the duo’s balladry. The New West Records signees wowed the nearly-packed house as their voices harmonized together. Accompanied by cellist Shannon Hayden and drummer Kate Siefker, Lily and Mads showcased their simplistic folk charm.

Opening act Brother Bird, aka Nashville-based singer and guitarist Caroline Swon, took the stage with her raw, melancholy songs that charmed the room. A few passersby even remarked that the singer’s voice gave them goosebumps.

The crowd welcomed Lily & Madeleine to the stage with an exuberant roar. The sisters treated the audience with a set featuring newer and older offerings, punctuated by witty banter and childhood anecdotes. Playing their most popular singles, such as “Hourglass,” “Self Care,” and “Just Do It,” in between comical tour stories, kept listeners on the edge of their seats. Lily & Madeleine ended with the title track of their current album, Canterbury Girls, which was directly followed by a well-earned standing ovation.