‘Father of 4’ marks a refreshing departure for the Migos rapper 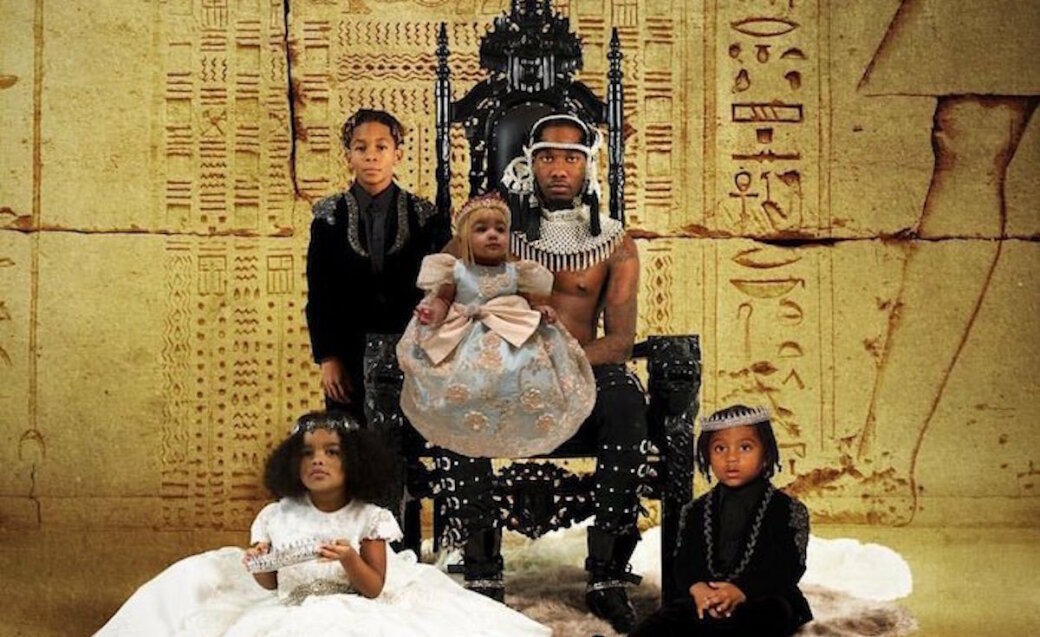 Migos, the Atlanta trap outfit that’s best known for turning out hits such as “Bad and Boujee” and “Motorsport,” took a breather after releasing 2018’s Culture II to focus on solo albums from each of the group’s members — Quavo, Takeoff, and Offset. After a two-month onslaught of mediocre material from Quavo and Takeoff, the mere thought of another solo effort was exhausting to say the least. But Offset’s Father of 4 marks a refreshing departure for the Lawrenceville, Georgia-based rapper born Kiari Cephus. Flourishing from a four month-delay and separation from the group's clunky output, Father of 4 bears a heavy Atlanta influence: Dungeon Family’s Big Rube starts the project with one of his famous spoken-word performances. Later, CeeLo Green jumps in for a featured appearance in “North Star.”
The album’s title track and opening number strips Offset of his typical superstar musings, and makes for a vulnerable tale about his children, and how his decisions affect them. Similar glimpses of sincerity persist throughout “North Star” and “Don’t Lose Me,” but Offset shies away from being too exposed. Instead of diving deeper, he retreats behind mundane rap clichés, muddling Father of 4 with unnecessary clutter. However, his monstrous performances and his extensive adlib reserve redeem any of these frustrating shortcomings. Offset flows with conviction, be it the stark staccato in the chorus of “After Dark” or the lyrical acrobatics in his second verse on “Legacy.” He has an effective formula, and when coupled with Metro Boomin and Southside’s distinct production it yields standout cuts such as “Wild Wild West” and “Clout.” Father of 4’s lack of focus is characteristic of a debut album, but Offset’s ravenous performance, and his dips into introspection, illustrate his potential as a solo artist. ★★★☆☆ — Joshua Robinson