ATL UNTRAPPED: The games we play 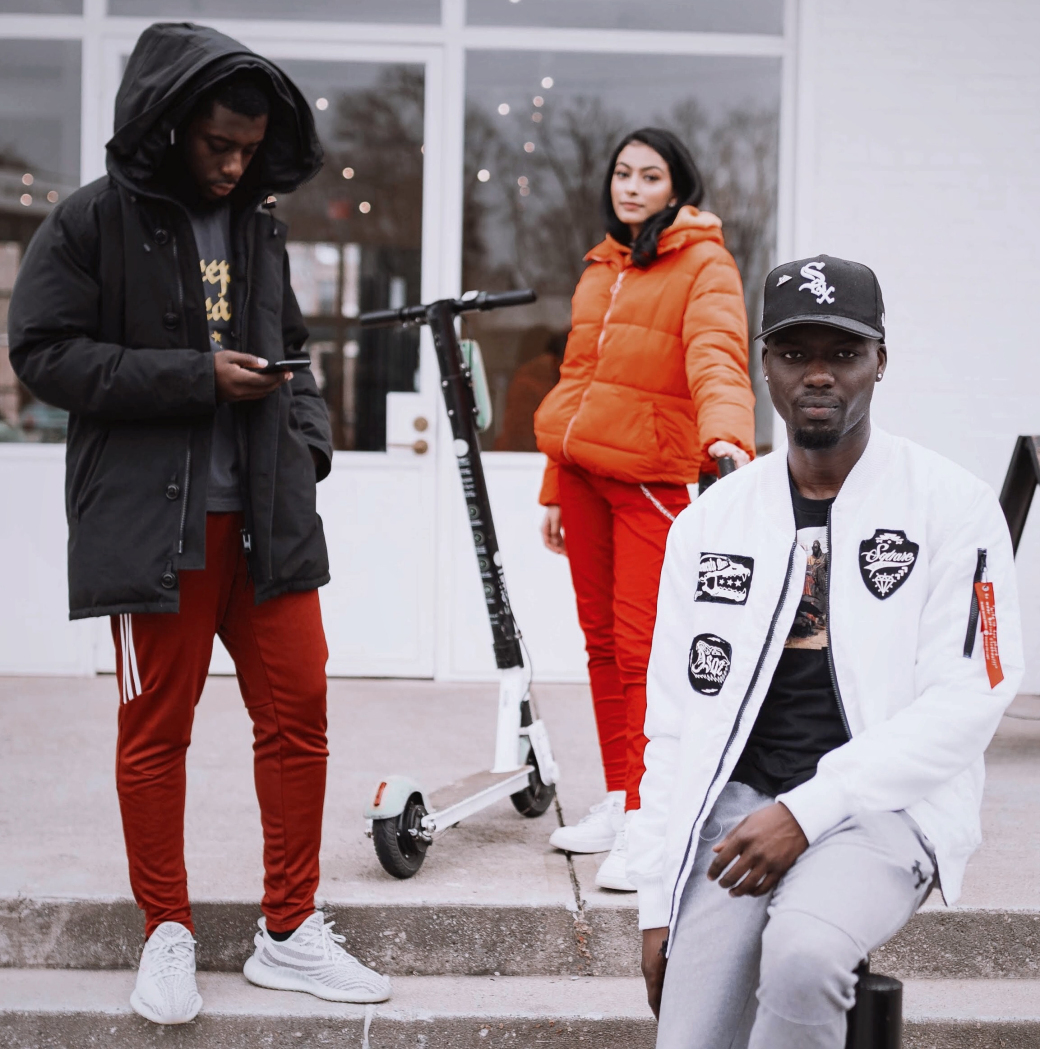 Photo credit: Lloyd Mack
THE OTHER SIDE: Auden Mor (from left), AK, and Yanó prepare for Dear Montrėal later this month.
By Joshua Robinson Monday August 12, 2019 11:37 am EDT

Disruption looms over the music industry as it grows complacent, relishing the profits from streaming records and banking on homogenized festivals. Akin to how Napster helped usher in digital music consumption at the height of CD sales, streaming and touring have become the industry’s bread and butter, and at some point creators and consumers will grow tired of following the rules laid out for them. What comes next is anyone’s guess, but independent trailblazers like the creative house De L’autre Côté, also known as Other Side, refuse to play the industry’s game.

Over the past year, the international team of artists, curators, and designers launched the My Dearest Tour, a traveling art and music exhibition that connects cultures across the globe. Its first stop, titled Dear Toronto, was held in Ontario on September 7, 2018, and due to its success, Other Side advanced to British Columbia for Dear Vancouver on January 12. This month, the festivities continue in Quebec when the crew hosts Dear Montrėal at Bar Le Ritz PDB on August 23.

Although they’re called tours, these misnomered trips abroad are unique, standalone experiences that deconstruct what it means to tour in 2019. Yanó, an Atlanta artist and co-founder of Other Side, has co-headlined each installment of the ongoing project, all without releasing any music. Holding shows led by an unknown artist in foreign markets without any material is practically seeking failure, but it has worked for the group so far.

Auden Mor, Other Side’s creative director, attests to the absurdity of it all: “It doesn’t make any sense for things like this to be happening,” he says, noting that “there are people that have a certain amount of pull who wouldn’t dare do things like this. We’ve created our own playing field.”

In doing so, they’ve bypassed streaming and listener reports and connected directly with their audience. Artists such as Yanó, Moe Buzzin and Cake Malik have made numerous appearances throughout the pilgrimage, but each stop’s lineup is tailored to pay homage to the host city and provide a platform for its local talent. Dear Toronto enlisted R&B vocalist Holly Santonato, the alternative R&B outfit Honeyvelvet performed at Dear Vancouver, and 2017’s Canadian Beatbox champion Elisii is scheduled for Dear Montrėal.

Manna, a London-based curator and singer-songwriter who co-headlines the tour with Yanó, is impressed and challenged by the rich international aspect: “It’s exciting, doing something that’s personal to you in front of an audience that you don’t know. You don’t know their culture or anything about them, so it can be quite intimidating — a lot of mixed emotions, really.”

A master of channeling emotions, Other Side’s sound director Akanksha “AK” Borse fosters long-lasting connections between the platform and its supporters long after the events are over. The Atlanta-based model and curator produces Table Manners, a weekly hand-picked playlist that reflects her different moods through a diverse mix of hip-hop, indie, afrobeat and edm tunes.

“I’m putting out music that emulates how I’m feeling at the moment and translates that into words and sounds,” AK says, “and I put it together so other people can feel it and relate to it. What I encourage people to do while listening is keep an open mind.”

As Other Side’s creative force in the city, AK, Mor, and Yanó are taking international risks, opening doors, and establishing a network for creatives across the globe.

“The opportunities in these places are nuts!” Yanó says. “Being well connected and keeping bridges together, we can go to any of these places and literally feel like we’re in Atlanta.”

For them, the potential embarrassment of a low turnout or a loss on investment comes with the territory. From being stranded in a foreign country to not having any advance tickets sold the day of Dear Vancouver, the three young innovators have had plenty of horror stories from their travels thus far, but they persist.

“If the challenge is to be the biggest worldwide, it’s still the wrong game. But it becomes the right game when there’s no challenge that can define you or what you’re doing.”

Post-Montréal, Other Side has cities such as London, Paris, Copenhagen, and Dublin in the pipeline, so their best bet is to keep playing by their own rules and disrupting the industry, one passport stamp at a time.

To those scouring the internet for last-minute flights to Québec: Power to you! For readers who aren’t up to making that trek, here’s a quick rundown of local shows this month.