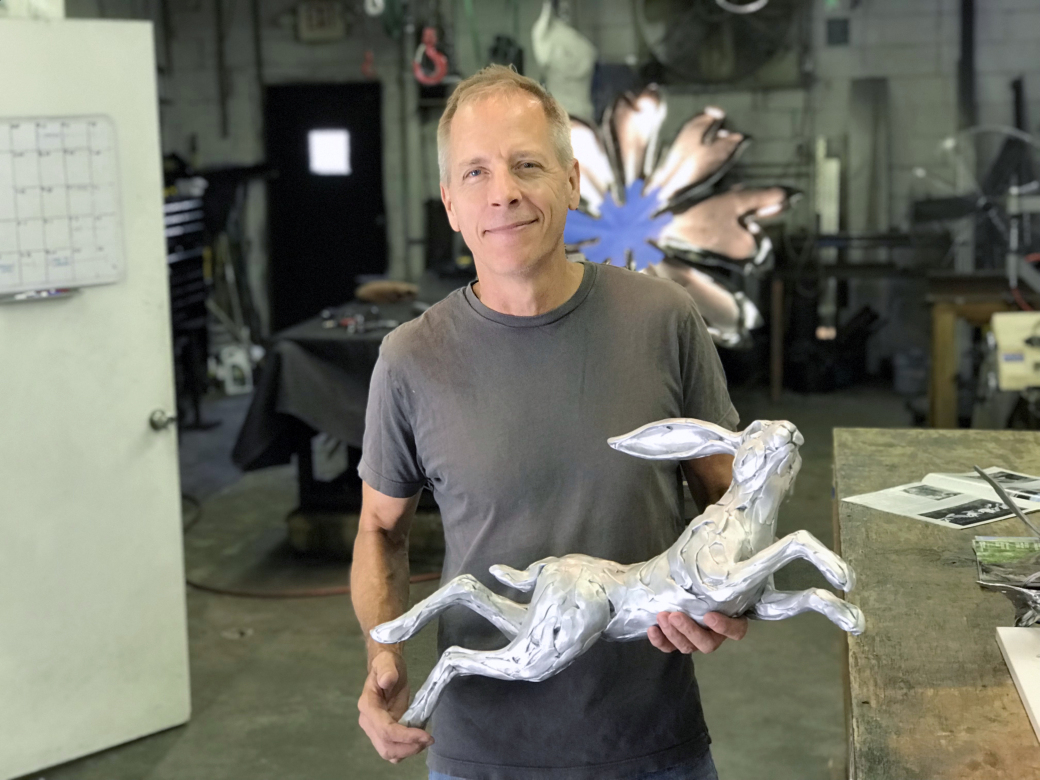 Photo credit: Chad Radford
RABBIT RUN: Sculptor David Landis in his studio, holding a character from one of his recent works.
By Chad Radford Wednesday August 21, 2019 11:40 am EDT

Since 2004, David Landis has worked from his sculpture studio at 97 Georgia Avenue in the burgeoning Summerhill neighborhood. Landis is perhaps best known for his casting work, turning out large scale, publicly commissioned and smaller private pieces. His works can be seen everywhere from the Eastside Atlanta BeltLine trail to the Pierre Baudis Convention Center in Toulouse, France.

Recently, I visited the studio to catch up with Landis and his dog Hank to talk about the animals, truncated characters, forward motion, and other underlying themes in his work, and the changing face of Summerhill.

Landis Sculpture Studio is located at 97 Georgia Ave. in Summerhill. 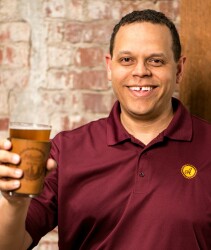 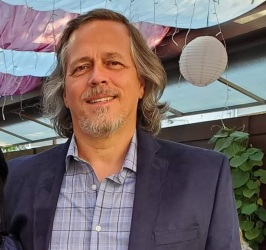 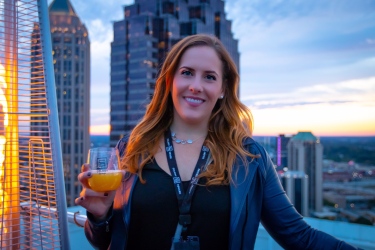