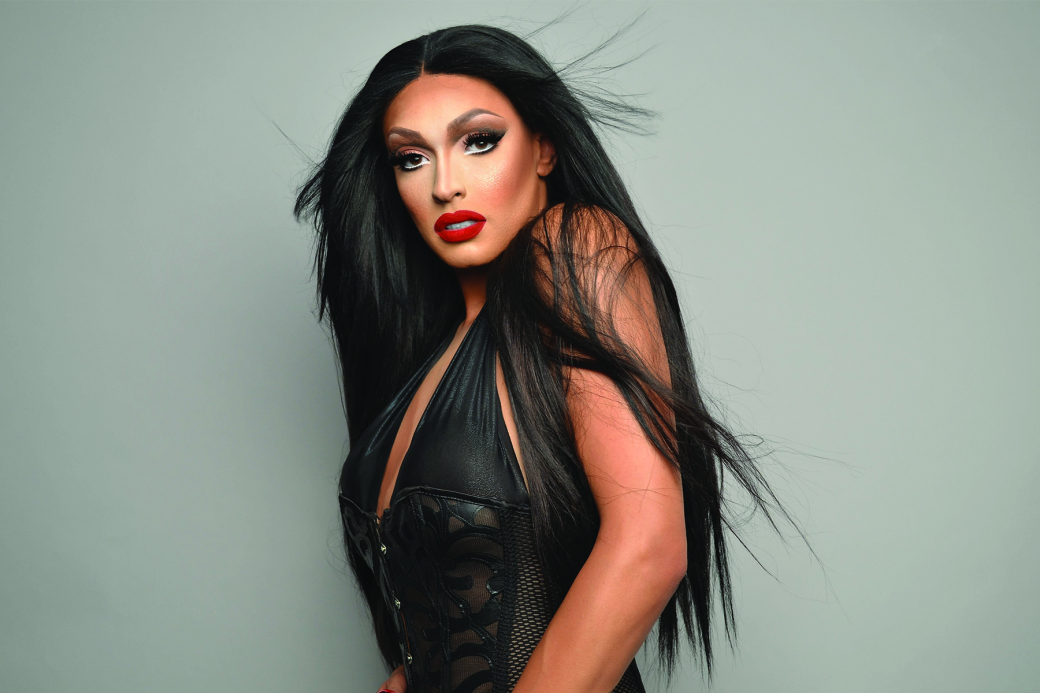 Photo credit: Courtesy For All Humans
FROM RUPAUL’S DRAG RACE: Tatianna will headline VIEW, a Pride parade viewing experience from the top of the Fox Theatre at the Marquee Club, Sunday, October 13.
By Ema Carr Saturday September 28, 2019 09:36 am EDT

The Move is a column intended to help you beat the fight against the basic, one move at a time. Look here for all the best underground, and some above ground, events in ATL. Bc you CAN have a balanced diet of disco and yoga. Warning of side effects: Overdose of culture and queerdom. Bloated bank account from lack of overpriced ticket purchases. Confusion meeting clarity via mind, body and soul. Consume at your own risk.

This month, on The Move, PRIDE. October 11 is National Coming Out Day, and I realize I may never have officially come out as a bisexual human. If necessary, Hi Mom, I’m Queer! Moving on.

I cannot  believe the Qween star power that is coming to this city for Atlanta’s October Pride celebration. Not one, but TWO superstars from “RuPaul’s Drag Race” will host events from one end of Peachtree to the other. History lesson! National Pride Month is in June, and started after the Stonewall riots 50 years ago. Atlanta has celebrated Pride in October since 1994, when a bunch of educators deemed October as LGBT History month.

If you need to get in the spirit, I suggest binge-watching “The L Word” or “RuPaul’s Drag Race All Stars.”

Remember, PRIDE is for everyone! Gays, breeders, with even some kid-friendly events. Let the tomfoolery begin. And by God, let there be glitter.

Shameless copy/paste plug OTMonth: Psst… Xtra! Xtra! Weed all about it! Brazen plug for the latest episode of “Friends in High Places.” Listen along as I interview the likes of those mapping out the cannabis industry for Georgians, bc it’s not coming, it’s here. For more updates:  @CallMeMissConception @CreativeLoafingAtlanta

Atlanta Pride: My Sister’s Room Atlanta’s oldest and last remaining “lesbian bar,” My Sister’s Room is located not far from the Pride activities at Piedmont Park — and they throw f*cking bangers, y’all. Two levels of dance floors filled with people moving, mostly grooving. This year, they’ll host a silent disco in the backyard during Pride weekend. This is also a great place for PDA, if you’re craving some. “The L Word” isn’t just a TV show — and movie coming soon — OMFG, praise Jesus herself, it’s a lifestyle. My Sister’s Room, 84 12th St. N.E., 678-705-4585.

WUSSY & For All Humans Present: Playhouse with Alyssa Edwards

Alyssa Edwards is coming to town, hunties! The Southern glam queen is internationally famous from “RuPaul’s Drag Race,” “RuPaul’s Drag Race All Stars,” and her own Netflix original series, “Dancing Queen,” which follows the daily life of a drag queen and choreographer in the South. I have laughed more with Alyssa Edwards than with any other queen. Sorry, ladies. The level of entertainment you get with a Texas pageant queen like her is even higher than her wig.

Sticking with true inclusive fashion, the ticket on this gig is almost too good to be true. Most of the pride events are ticketed $50 or less, and honestly, for the star power and magic, that is an insane price. Included!! You’ll see many of my personal favorite entertainers, including Taylor ALXNDR, with her House of ALXNDR, an ATL-based drag house + queer events hub. Do yourself a favor and buy the meet-and-greet. Also, this is an all-ages show. Start ’em young! Buckhead Theatre, 3110 Roswell Road N.E. 8 p.m. 404-843-2825.

Leisha Hailey, THE BI ONE Y’ALL, from “The L Word” is hosting Electric Circus at District. If you haven’t hit District, it’s the new-ish nightclub over by the Sweetwater Brewery area. The lighting is killer, so an Electric Circus sounds ideal, IMO. You get a fire show, multiple DJs (including personal fave, Ree de la Vega), and an aerialist, which usually seals the deal for an invite, ++ go-go dancers. How am I going to decide what choker to wear?!? Also, you’ll want to glow. District Atlanta, 269 Armour Drive N.E. 404-464-5924.

This year marks the 50th year since the Stonewall riots. It’s important to remember that still today, violence, and discrimination against the LGBTQ+ community is alive and well, especially for those of color. I recommend streaming the Netflix series, “Pose,” in middle schools, and for baby boomers.

“While the details of these cases differ, it is clear that fatal violence disproportionately affects transgender women of color, and that the intersections of racism, sexism, homophobia, biphobia and transphobia conspire to deprive them of employment, housing, healthcare and other necessities, barriers that make them vulnerable.” — Human Rights Campaign

“All trans people and allies are welcome to participate. We encourage individuals to make and bring signs of support. … Assembly for the Trans March will be at Piedmont Park’s Charles Allen Gate (intersection of 10th Street and Charles Allen Drive) starting at 1:15 p.m. The march steps off at 1:45 p.m. We will end at the park at the 12th Street entrance.” — Atlanta Pride Committee

Of all the amazing Pride events this year, they saved the best for last. VIEW is literally the best view you could ask for of the 49th Atlanta Pride Parade. Mega bonus, it’s at the Fox Theatre’s Marquee Club, inside and on top of one of the most iconic theaters in the country. It don’t stop there, sweetie pies. Tatianna from RuPaul’s Drag Race and RuPaul’s Drag Race All Stars will be headlining the event WITH the crowd. Between performances, guests get to bump elbows with the queens themselves, including Tatianna! Plus Iv Fischer, Brigitte Bidet, Molly Rimswell, Alex Suarez, Michael Robinson, Diego Serna, Orchid, DJ Kimber, and a custom photo experience by Iris Ray, symbolizing pride and transvisibility. No meet-and-greet pass necessary! Grab the neon gel pens for autographs!

Expect the scene at the Marquee Club to be BANANAS — if those bananas were bronzed and floating in champagne. The place looks like it was birthed out of Versace’s mind’s eye itself. Three floors, with leather walls, Italian marble, and a ROOFTOP bar for the best view of the parade, food included. Can you say charcuterie? Yes, I’m losing my mind over this event. Get out your ballgowns, humans. The Marquee Room at the Fox Theatre, 660 Peachtree St. N.E. 404-881-2100.

Throwback! American indie rockers class of ’94, Sleater-Kinney will grace us with their presence at the Tabernacle. Traditionally referred to as feminist, but if you aren’t all feminists in 2019, you’re doing it wrong. I will be getting my Y2K nostalgia on with the duo, which includes Carrie Brownstein of comedic gold, “Portlandia.” Girl crushing so hard RN. The Tabernacle, 152 Luckie St. N.W., 404-659-9022.