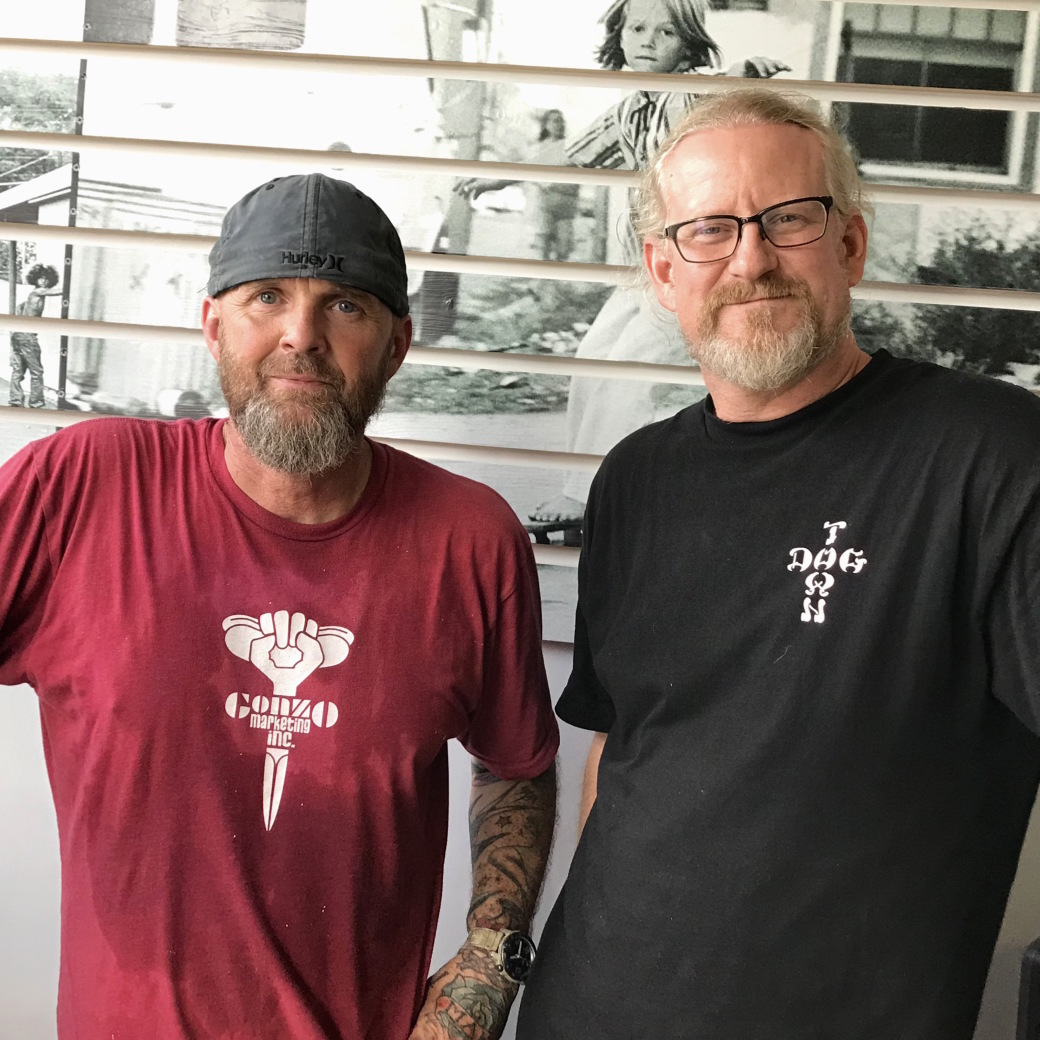 Nearly a decade ago, long-time friends Chris Day and Alan Makarewicz grew weary of corporate life and went into business together. They created the Pup Truck — a food truck that put hot dogs on the menu.

In October 2018, they opened the doors to Dog Towne Franks, a skateboard-themed spot in Decatur that now serves as the base of operations for their hot dog empire at 307 B. East College Ave., near Agnes Scott College.

They serve veggie dogs for vegetarians, pierogies made using an old family recipe, and a variety of dogs sporting names such the Kraut, El Hefe, and the Not So Chicago Dog.

There’s also the Peggy Oki-cado, an egg salad, avocado, and watercress sandwich named after Peggy Oki, the only woman to become a member of the original Zephyr skateboard competition team.

I stopped by the shop on a Wednesday afternoon to talk with Chris and Alan about skateboarding, hot dogs, and what the future holds in store for Dog Towne Franks.