ATL UNTRAPPED: Should the South have something to say? 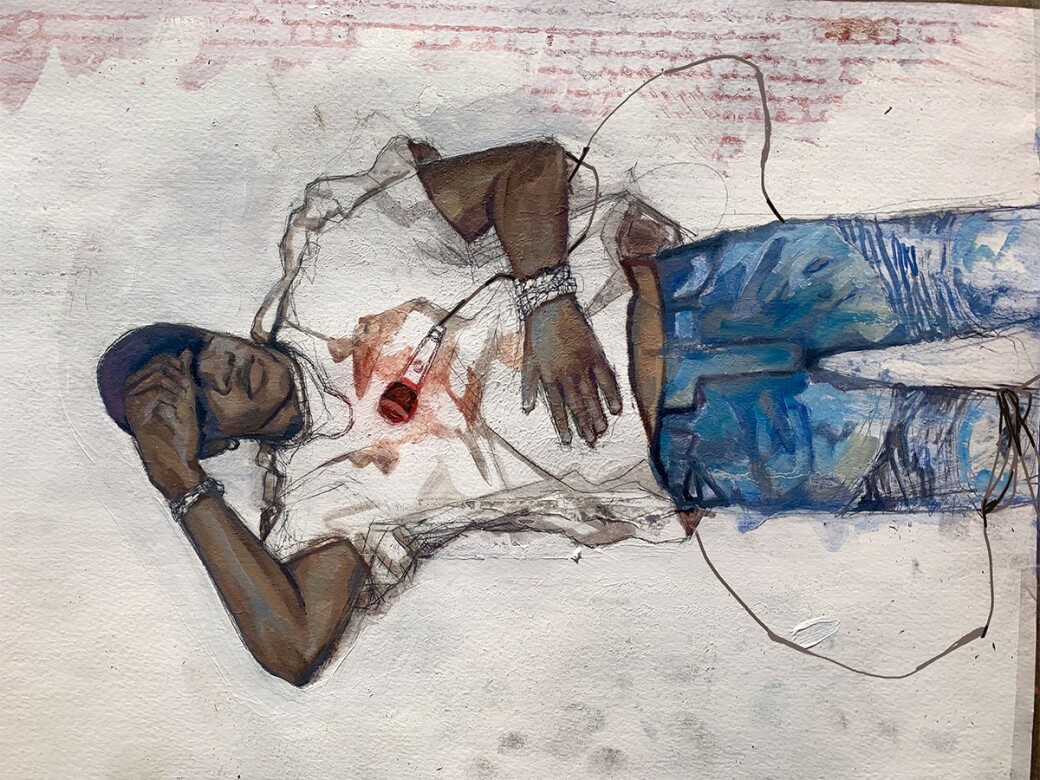 Photo credit: Demetri Stefan Burke
BE FREE: We can decide to be the change that we seek.
By Joshua Robinson Thursday June 4, 2020 10:03 AM EDT

I often forget that I am perpetually not safe, but events in the country that I live in remind me. In middle school, George Zimmerman reminded me. In high school, Darren Wilson did the same. A month prior to my first semester at Georgia State University, Jeronimo Yanez carried the torch. Now, as a young Black man living on my own, I struggle with the news of Ahmaud Arbery and the two white men in my home state continuing this inhumane practice. And now, without even a chance for me to catch my breath, I’m confronted with the death of George Floyd, murdered by police in Minneapolis

In response to past tragedies like these, I’ve looked to hip-hop — for consolation, for reassurance, and for guidance. Perhaps my most vivid memories of sociopolitical rap was the stretch from late 2014 to early 2015. On March 15, 2015, Kendrick Lamar’s To Pimp a Butterfly was released, and it was truly an album of the times. Its themes of race, politics, violence, and empowerment showed me — even after many uncomfortable listens — that there was light at the end of this dark and seemingly never-ending tunnel.

But honestly, it was J. Cole who prepared me for that behemoth of an album. His “Be Free,” released within days of the public lynching of Michael Brown, was the first song to give me chills, erect the hairs on my body, and bring tears to my eyes. Where To Pimp a Butterfly was the powerful and much-needed response to months of nonstop brutality, “Be Free” was an in-the-moment call to grieve. Cole said what I thought, and he sang how I felt. The song stripped me of my pent-up emotions so that Kendrick’s album could build me back up.

As Ahmaud Arbery’s case has been thrust into the public eye, I find myself feeling stripped of the confidence and hope given to me by To Pimp a Butterfly and revisiting “Be Free.” Although Brunswick, the Georgia coastal city where Travis and Gregory McMichael’s hunting of Aubrey resulted in the jogger’s death, is four hours from metro Atlanta, it feels too dangerously close to home. Wanting to make sense of the senseless, seeking some light in a dark tunnel of my psyche, I looked to Atlanta’s hip-hop artists to make a profound statement — and to help combat this overwhelming feeling of powerlessness. I’ve been met with a disturbing silence.

Sure, when Andre 3000 exclaimed, “The South got something to say!” at the 1995 Source Awards, he wasn’t exactly referring to the conscious messages embedded in Southern hip-hop. However, the sentiment that Southern, and specifically Atlanta, rap should be taken seriously rings truer today than in 1995, considering the city’s current domination of the music charts. So, why doesn’t the South have much — if anything — to say about what’s happening mere hours away from the current hip-hop capital of the world?

Originally, that was my angle. To question why many of this city’s most prominent voices are saying little to nothing at all felt right. To criticize artists who are sacrificing their right to speak out on injustice for a larger number of streams during highly-publicized rollouts of long-awaited records, felt appropriate. Yet, after more consideration, I don’t think either of those approaches are fair.

Instead, I question whether Atlanta’s artists have a responsibility to speak out about current events and the trauma that has overcome us once again — a trauma which directly affects a bulk of their listenership. As a non-recording artist, the work of criticizing the musical output of others tends to fall under my editorial umbrella, but defining an artist’s responsibilities feels entirely out of bounds.

For many artists, how a single or full-length record is received can determine whether or not they are able to eat in the coming months. Consumers and critics alike are finicky and fickle with their sonic expectations of an artist as it is; it’s easy to understand why artists wouldn’t want to possibly alienate them with their own political and social views. Both Kanye West’s  “that sounds like a choice” and Michael Jordan’s “Republicans buy sneakers, too” comments have tarnished their respective legacies, evidence that fans and consumers can be less than forgiving when a public figure speaks out.

One wrong misstep, inside or outside of the booth, can undo a lot of the progress that an artist makes over their career. Any stand that an artist takes should be theirs and theirs alone — not something prompted by a 20-something journalist with a mightier-than-thou complex.

Nonetheless, it’s hard for me to absolve artists of social responsibility. To have experienced firsthand the power that “Be Free” and To Pimp a Butterfly had on my coming of age, I have to question why today’s hip-hop and rap artists aren’t speaking out. Where is some light in this ever-darkening tunnel? Where are the words to help this generation escape the hopelessness that they no doubt feel, just as I did? I would be remiss not to question the absence of songs and records for this generation that would give a voice to the perpetually not safe.

The debate boils down to choice. Regardless of whether critics and consumers considered it J. Cole and Kendrick Lamar’s responsibility to respond to the string of murders of unarmed Black people in 2014 and 2015, it was their choice to do so. Now, Atlanta artists have a decision to make: how they will respond to the killing of Ahmaud Arbery.

More importantly, you and I have a choice. We can look to our favorite artists to be the ones brave enough to spread awareness about the issues that bring turmoil, destruction, and grief to our communities, or we can look inward and decide to do something about it ourselves. —CL—