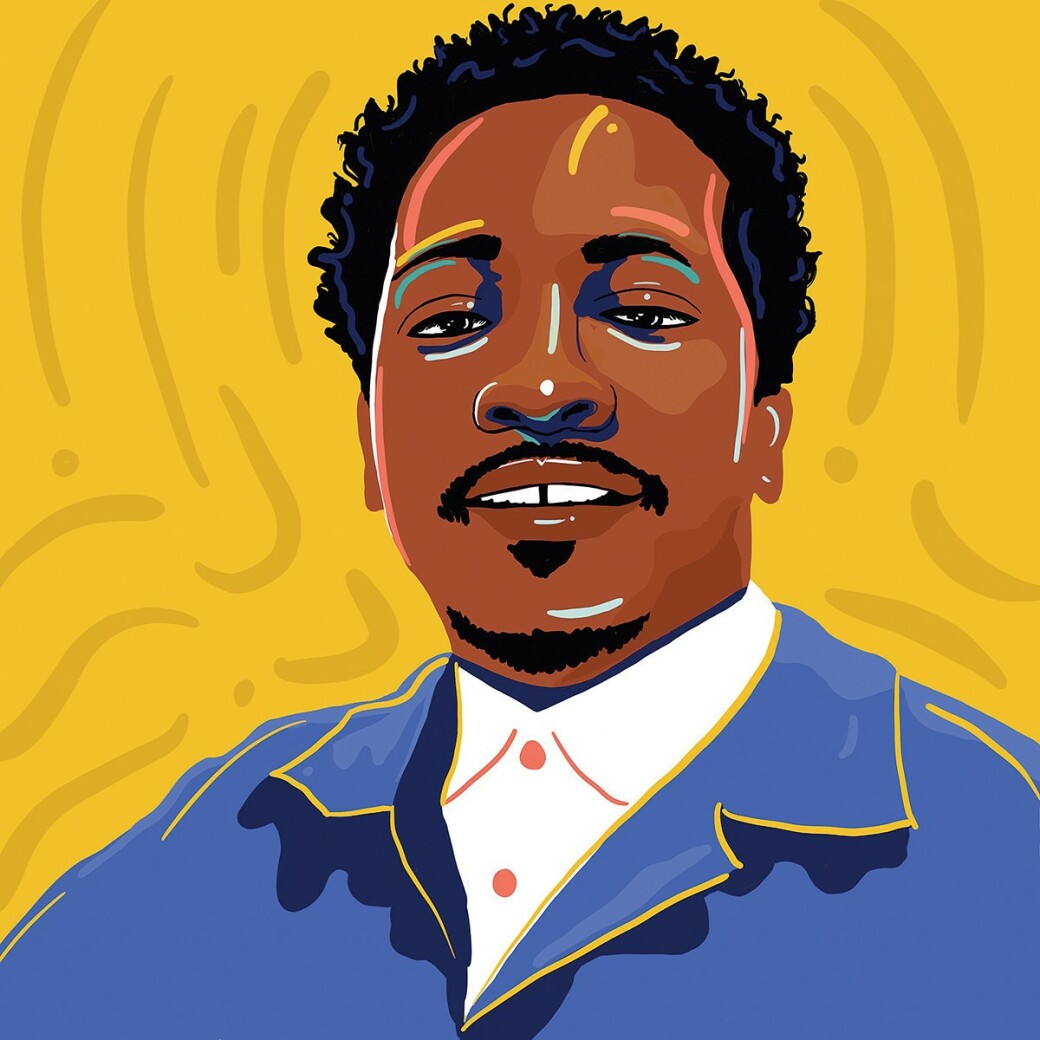 Photo credit: Illustration: Carmelle Kendall @carmelle.creates
RAYSHARD BROOKS: ‘A lot of things caused me to be behind, but I’m trying. I’m not the type of person to give up. And I will keep going until I make it to where I want to be.’
By EMA CARR Tuesday June 30, 2020 11:42 am EDT

Do you, or someone you know feel that “all lives matter” is the perfect response to “Black Lives Matter”? Perhaps that person gets defensive when they hear phrases like “systemic racism” or these two words together,  “white privilege?”

If any of these apply, bless your vanilla heart. It’s likely a case of Karen/Kevin Syndrome*. Don’t panic. Help is on your black mirrors. Just keep scrolling when you’re ready to awaken from the spell you’ve been kept under justifying a confederacy that lasted little more than four years.

Whether you’re black, white, a zoomer, boomer, woke, or sleepwalking, The Move is a column intended to help you beat the war against basic. Expect a heavy dose of anti-racist options, and more than a few reminders to wear a damn mask. Bc you CAN have a balanced diet of BLM, COVID-19, and aliens in 2020. Consume at your own risk.


Be one of those people who puts their wallet where their mouth is! Follow up on that Instagram share with a monetary donation or volunteer hours. Or if you, or someone you know, are a human or family in need, these organizations may be able to help. In no particular order:

Do you know someone who has been arrested while protesting in the metro area? The Atlanta Solidarity Fund’s purpose is to “support people in Atlanta who have been arrested for taking action against social injustice.” — ASF

The Action Network, a platform to help activists get organized on or offline, hosts Atlanta Solidarity Fund, where they also share current situations and jail updates, including this one: “UPDATE: We have enough funds to handle immediate bail needs. Further donations will go towards the long-term expenses of dealing with state repression. We expect this movement to be long-lasting, and people will need support even once they’re out of jail, dealing with drawn-out court cases, fees, etc. So we appreciate recurring donations to ensure we can have everyone’s backs down the road.”

To stay in the know go here.

Jesse Pratt López, a Trans Latinx photographer, activist, and grassroots organizer, created the Homeless Black Trans Women Fund in December of 2019. Since the  GoFundMe went viral in May 2020, the account has reached nearly $2.5 million.

According to Lopez, “The #HomelessBlackTransWomenFund began when I met a community of Black Trans women that were living on the street near me. I would come back everyday, and we soon became close and I assumed the role of Trans mother or “gay mom,” and would bring them food and whatever I could. But I soon realized I didn’t have the resources to really help them — and I knew that combating systemic racism and transphobia, chronic homelessness, addiction, and other issues my girls were facing — many other things — can’t be done overnight. I started this GoFundMe to help them with immediate needs, but now, it seems that the world has given us a once-in-a-lifetime opportunity to not only get the girls off the street, but to create sustainable, long-term housing solutions for the larger community of Black and brown Trans people in Atlanta. 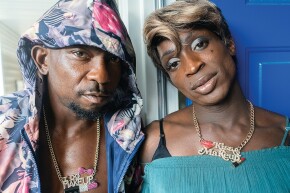 AT HOME: Brooklyn and her husband at the hotel they were able to move into with the help of the Homeless Black Trans Women Fund. PHOTO CREDIT: Jesse Pratt López 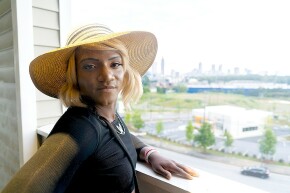 DREAM COME TRUE: Africa posing on the balcony of her hotel room that she received with help from the the Homeless Black Trans Women Fund. PHOTO CREDIT: Jesse Pratt López 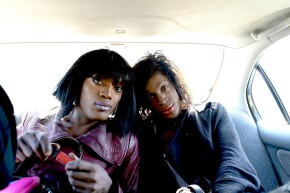 
“#HomelessBlackTransWomenFund is trying to do something big: sustainable housing and services for Black Trans Women who are homeless. It’s locally made and supported,” Lopez says.

Getting to know these womxn via Lopez’s photos and storytelling will have your Apple Pay screaming, “Hit pay!” for donations.

Y’all know that primary “election” last month was actually just a big ole pile of stank-ass voter suppression, right? Thank you to those who stood in the humidity and rain for hours to vote, refusing to give up your right to vote.

Two years ago, the founders of Fair Fight acknowledged, “Georgia’s 2018 elections shone a bright light on the issue with elections that were rife with mismanagement, irregularities, unbelievably long lines, and more, exposing both recent and also decades-long actions and inactions by the state to thwart the right to vote.” Unfortunately, that still applies in 2020, meaning Fair Fight needs more help, y’all.

If you’ve read this column before, you know of Southern Fried Queer Pride’s almost monthly events. But what is SFPQ? They say it best: “Southern Fried Queer Pride (SFQP) was born out of a lack of space for Black and brown queer folks to build community, a lack of queer art, and in opposition of the established narrative of Southern queers. The South is home to the country’s largest population of LGBTQIQAP2+ individuals, yet we’re confined to a narrative of stigma, statistics, and struggle. SFQP fights that notion, and is aiding in uplifting an honest narrative of resilience, rich history, and vibrance.”

Rumor has it, SFQP is getting closer and closer to having their own space. Can you imagine the creativity that will serve full-on face melters in this future spot?! For this organization’s constant inspo, they’re on the top of the donation pot. Click here to donate.

Two lifelong best friends, Jaide Mercado and Jake Hendrix, organized Feed the Revolution in June 2020 during the Black Lives Matter demonstrations in and around Atlanta.

“While out protesting, we couldn’t help but notice that protestors need things — namely water, snacks, and medical supplies such as masks and hand sanitizer. Additionally, many homeless people were being displaced by the protests. So, we grabbed a shopping cart, a couple sandwiches and some water bottles, and took to the streets,” Feed the Revolution notes proudly.

Currently, the website says they have capped the volunteer sign-ups, however, supplies and donations are always helpful. Going to guess they’ll need a lot of volunteers at the polls in November.

“We fund Black, Indigenous, and other peoples of color that have endured hardship during the COVID19 pandemic.”

Plus, The Move gets down with their policies and beliefs like, “We are grounded in a pro-Black, anti-white supremacist, anti-capitalist, black feminist politic, and utilize an intersectional analysis of oppression. One of the ways this shows up is that we are only distributing funds to BIPOC communities, with special attention paid to gender/sexuality/class/immigration status.”

Another thing that sticks out with this organization, utilizing wealth redistribution, described as, “a framework where those with generational privilege and access to resources are encouraged to feed into communities and individuals historically disenfranchised to build long-term equity in those communities.” Seems like a no-brainer, y’all.

And they know COVID-19 is far from a plague in the past. Don’t be the restaurant that doesn’t require staff to wear masks, Kevin. To get involved, visit atlantamutualaid.org.

Did you know a whopping 38 percent of single moms in Atlanta live below the poverty line? The Tender Foundation helps these mamas with immediate financial support, as well as providing tools for the long-term health and wellness of their families. “We believe a little tender loving care can go a long way in changing the lives of our mamas and their children,” founders of the foundation state.

“We don’t stop at addressing the monetary crises our mamas face either — we also guide them to long-term resources and equip them with a network of support to aid them in their journey to self-sufficiency.”

If you’re unable to throw cash around, consider donating diapers, wipes, formula, car seats, or clothing for these mamas and kiddos in need. If you are a mama in need, click here.

For donations and general info on The Tender Foundation, go here.

The latest episode is set in 1880, when Atlanta was a city of just 40,000 people, “15 years out of the Civil War, and full force into Henry Grady’s “New South,” and the coming International Cotton Exhibit in 1881 was expected to bring 200k folx to town. To quote the Atlanta Constitution, “no city in the South has ever before had such an opportunity to enlarge its business connections, display its advantages, and add to its reputation.”

Victoria Lemos is your host. Born in NYC to parents that immigrated from Spain, Lemos became a volunteer at Atlanta Preservation Center as a walking-tour guide. To listen for free and support Archive Atlanta, visit here.

Did you know slavery in the United States began with just 20 Black individuals stolen from Africa, a number that grew to more than 500,000 in just over a year? This New York Times podcast series debuted in 2019 to mark the 400th anniversary of the beginning of American slavery. They don’t sugarcoat it. There’s really no other way to describe this collection other than heavy-hearted. It should prob be mandated listening in schools. I wish I’d learned the truth instead of being brainwashed, through history being whitewashed.

Following George Floyd’s death, and for the first time in history, the New York Times top 10 bestsellers were all titles about race relations. Although several of the top titles are sold out, audio books never dry up, so no excuses. Plus, with the audiobook you can keep doing your crafts, Karen.

White people are the worst when it comes to talking about race. If you are white and deny that, White Fragility is the perfect read for you! Robin DiAngelo, a white American academic, lecturer, and author working in the fields of critical discourse analysis and whiteness studies, explains how squirmy white folx get when confronted with the topic of race.

“White fragility has had a profound impact on the white working class’s resentment toward people of color. The resentment is clearly misdirected, given that the people who control the economy and who have managed to concentrate more wealth into fewer (white) hands than ever before in human history are the white elite.” (White Fragility, p. 60) Join me in the awakening, white folx, if you haven’t already been woke.


PSQ: Why are police officers allowed to express their political views publicly? If a police officer publicly participates in sharing political opinions, (i/e via Facebook posts), how would the general public assume that officers will protect and serve all equally? Just loud thoughts that keep this writer up at night. xxoo. —CL— 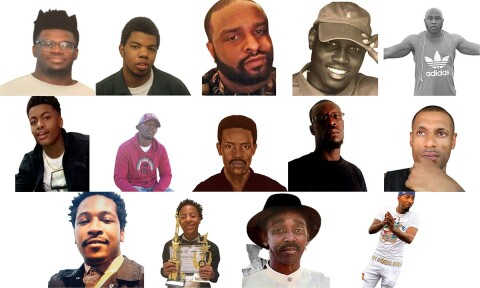