You may not yet know Young Thug’s new artist, but he’s ready to introduce himself 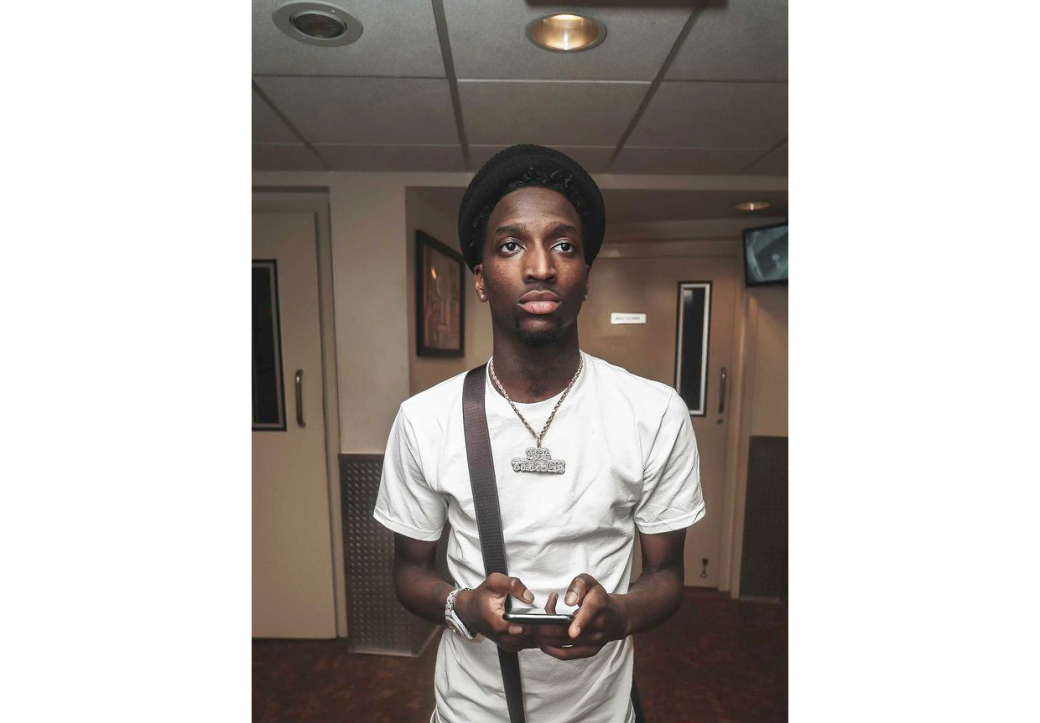 Listening to Young Stoner Life Records’ long-awaited compilation album Slime Language 2 is mandatory. Like taking-the-SAT-before-applying-to-college mandatory. The Billboard chart-topping album released Friday, April 16, is the bulletproof closing argument for why Young Thug should from here on out be considered an Atlanta hip-hop legend. After inspiring a generation of rap talent and showcasing his commercial viability with the release of his debut album So Much Fun, Young Thug evolves from rap star to proven record executive by making his YSL record label home to one of the most respected group of artists in today’s music.

With that said, SL2 isn’t actually all about Young Thug. Perhaps the record’s most intriguing quality is that although superstars like Drake, Travis Scott, Kid Cudi, Lil Uzi Vert, and Big Sean contribute to the 23-song track list, relatively unknown artists steal the show, and none more so than new YSL signee YTB Trench.

Hearing Trench’s distinct, hoarse voice pop up after Lil Baby’s intro on “Paid the Fine” is the first real bombshell of SL2, and the revamped version of his street hit “My City” that closes the album further proves that his inclusion on SL2 isn’t a fluke. Add in another noteworthy appearance on the Slime Language 2 Deluxe cut “Mob Ties (Remix),” and it is official — YTB Trench is one of YSL Records’ breakout stars.

Now, YTB Trench is readying a project of his own. Led by the recently released single “F.O.F.G.,” his forthcoming effort is sure to be as shocking as his life-changing appearances on SL2. Behold CL’s conversation with YSL’s sensational new signee YTB Trench, lightly edited for length and clarity.

CL: Congrats on everything you have accomplished so far. Everything must be crazy for you. Let’s start with your life coming up. You describe yourself as a nomad. What are the musical influences that you’ve picked up from the different places that you’ve lived?

YTB Trench: Before I start, I’d like to say, “Appreciate you.” It has been a crazy journey. Always moving, constantly seeing different stuff, and having to adapt to different habitats is what really helped develop my whole foundation. It all reflected in my craft — I could just tell in my music that I was picking up bits and pieces from different places.

I got you. What was your first instrument?

It was a guitar, but I suck now, actually. I went to class for it, and I was getting better! It just got boring, so I stopped doing it. But piano — that’s probably my favorite to this day.

Alright, so let’s touch on “My City.” I think it’s really awesome that Young Thug caught wind of it, especially when looking at the stats. Not to shit on it, but a lot of times you see rappers will find somebody who did like a miil’ and then work with them. Even today, “My City” doesn’t have a million views, so it’s cool to see that Thug has his eyes on an artist like you.

Yeah, I agree. It really goes a long way with genuine vibes and just real recognizing real. We live in a place where everything is run by humans, and humans are unpredictable. You can never learn too much, and you can never learn enough. There’s always more to learn.

What you’re saying reminds me of your line in “Paid The Fine” when you say, “Know you may not know my name/But my net worth a fuckin’ M.” Basically, there’s a bigger picture beyond the views and “social media presences.” With that said, do you give much attention to the optics?

That’s the thing, too. Before my journey with all of this took place, I wasn’t really a social media kind of person. Real life, we just really mind our business where I’m from; we just do our thing. So when my management found me, I was probably at 100 or 200 followers. I didn’t really have a social media presence, so the transition to where I’m at now was a big step. We still learning as we go.

Talk to me about what it was like when you finally met Thug.

Genuine vibes. It ain’t really too much to explain — it was like we already knew each other. It was easy, like I knew him before I knew him. It wasn’t too much to figure out because he told me, “This how I’m coming, this what it is, and this what it’s gonna be like.” I was just like, “Oh yeah!” You know when you fit in somewhere, and you know when you ‘posed to be somewhere.

And now you’re YSL. What was going through your head while you were waiting for Slime Language 2 to drop?

I didn’t have to wait. It was all unexpected. When I talked to Slime on Instagram, I flew out the next day. I was in L.A. for a couple of days before it all took place, and I was in the studio when I got the call that they wanted to put me on the album. It all happened quick, so once I did hop on, I ain’t really have too much time to enjoy it.

Which part about your Slime Language 2 experience did you enjoy the most?

Honestly it was everything, not even the music itself. My whole journey. It changed my whole point of view on life, period.

I feel you. One of the coolest aspects about “Paid the Fine” was its music video, which documented you, Young Thug, Lil Baby, and Gunna’s real-life efforts to pay the bonds for several people at the Fulton County Jail. Whose idea was that and what was the experience like?

Great minds think alike. It was just us bouncing ideas off each other, and we came to an agreement. Then it happened, and it was crazy. Once again, you could see everyone was genuinely happy. One patna dropped to his knees crying ’cause he ain’t seen his son in about 10 years. We touched base with them all and let them know it was all genuine love.

Speaking of helping get people out of jail, your new single is “Fuck the Opps and Free the Guys (F.O.F.G.)”. It caught me by surprise because your voice is a lot higher than we heard it on Slime Language 2.

On the upcoming project?

And can we get a date or time frame to expect it? Maybe late this summer?

Oh no, we’re way sooner than that. All I’mma say is stay tuned and stay alert. Just know that I ain’t gon’ disappoint, and y’all are gonna get exactly what you want. —CL—