New brews and other news 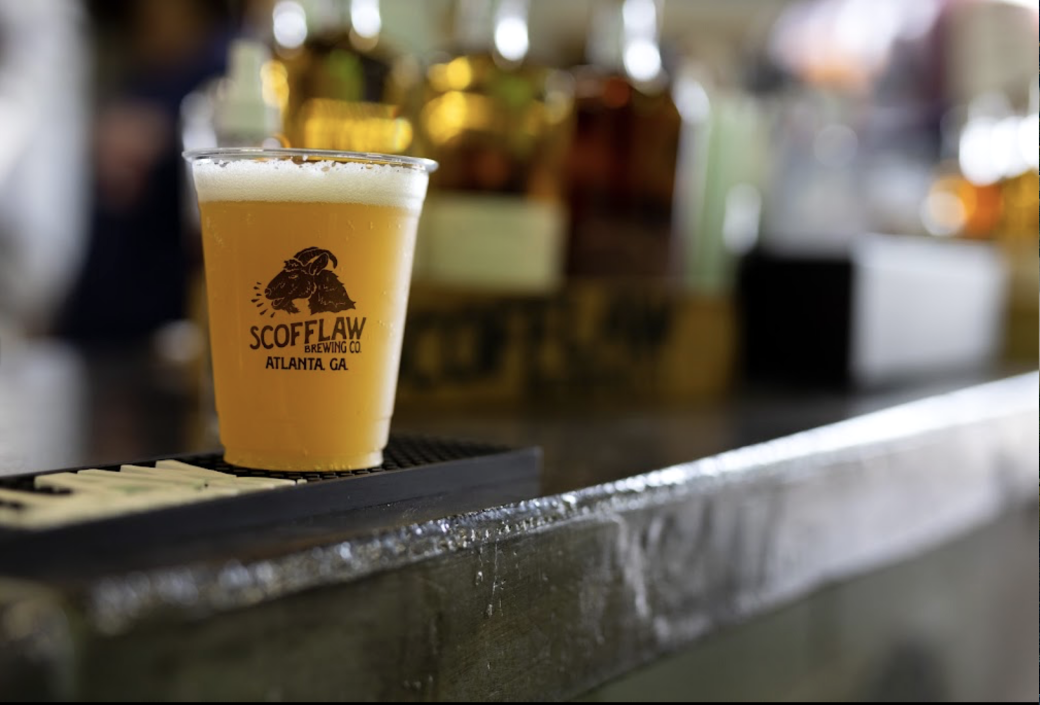 West Midtown’s Scofflaw Brewing celebrates their fifth anniversary Sept. 18. Enjoy your favorite brews with not one, not two, but EIGHT baby goats — and their moms!

Peachtree City’s Line Creek Brewing Company will be opening up a second location, Line Creek Bus Barn, in Fayetteville this fall. Construction on the new building is scheduled to wrap up soon. Check out our podcast!

Monday Night Brewing in West Midtown just celebrated their tenth anniversary! Join them Wednesday nights at 7 p.m. for Dirty South Trivia at the Garage location in the West End. Check out our podcast!

Suwanee’s Monkey Wrench Brewing features an open mic night every Tuesday at 7 p.m. The shows are all ages and instruments are provided if you have a few brews and want to give it a shot. Check out our podcast!

Black-owned Our Culture Brewing Company is working on a collaboration with Reformation Brewery — an Akwadu inspired brown ale — coming soon! Check out our podcast!

Marietta’s Red Hare Brewing and Glover Park Brewery are teaming up to support the annual Root House Beer Festival on Nov. 13. Each year, the festival works with local breweries to create a collection of beers crafted with hops, fruit and herbs harvested from the historic gardens at the William Root House in Marietta. Check out our Red Hare and Glover Park podcasts!

Join the Westside’s Round Trip Brewing Co’s Dirty South Trivia every Thursday at 7 p.m. The top three teams receive a gift card for their next visit to the brewery. Check out our podcast!

The Evil Queen is at it again at Schoolhouse Brewing in Marietta! Their new Apple Brandy Barrel Aged Belgian Quad will be available in cans starting Sept. 4. Also new is their Aluminum Falcon, a super hazy IPA featuring Chinook, Amarillo and Citra hops, now on tap and in cans.

Johns Creek's Six Bridges Brewing is starting their fall Cornhole league in partnership with Peach State Cornhole. Get signed up at peachstatecornhole.com. Check out our podcast!

Check out Lawrenceville’s Slow Pour Brewing Company’s just-released El Chido Mexican Lager, brewed with a French hop called Barbe Rogue to give it a bit of a lime kick, and some “dent corn” from Riverbend Malt.

Norcross’ Social Fox Brewing just canned volume 1 of their Imperial Sour Series called Place to Imagine. It has a sharp sour bite that leads into a juicy, sweet fruit flavor rounded out with a subtle earthiness from the prickly pear. Four packs hitting shelves soon! Check out our podcast!

Jekyll Brewing in Alpharetta has a new brew called Sultana of Swing that features citra and sultana hops. This big juicy IPA has notes of orange peel, pineapple, and guava.

StillFire Brewing also has a couple of new brews to try. Tokyo Draft Rice Lager was created in honor of the Tokyo Olympics and is brewed with German pilsner malt and a dose of toasted rice. They also have a limited can release of Wicked Chicken, a Belgian inspired beer with cacao nibs, Bergamot orange, and fresh vanilla bean.

Just released from Monday Night Brewing — a golden sour ale called Vibes. Vibes was aged for eight to twelve months in red wine barrels along with fresh strawberries, lemon peel, and hibiscus flowers, creating a sessionable sour with balanced acidity and a dry finish. You can find it on draft and in bottles at both Monday Night locations, and throughout Georgia, Alabama, and Tennessee later this month.

Three new beers from Sweetwater are now available on tap and in cans: 420 Imperial IPA takes the original 420 and adds a fresh combo of hops and aromas of mango, peach, pineapple, citrus, and pine. Broken Coast BC Lager is their first collaboration with Broken Coast Brewing in British Columbia. It features flavor and aroma notes of key lime pie and orange zest. Finally, their new 710 Hazy Double IPA is a double-dry-hopped IPA with notes and aromas of mango, tropical fruit, and pine.

The taproom at one of the oldest breweries in Atlanta, Atlanta Brewing Company, will now be open every Wednesday from 4-10 p.m. The company has hired a new president and general anager, Alton C Shields. Shields is a food industry executive with over thirty-five years of management and executive leadership experience in food processing, packaging, bottling, and restaurant operations. He has been a field and corporate operations executive for some of the largest corporate, franchise, and start-up food & beverage companies in the country.

Tucker Brewing Company was recently named “Georgia Lager Brewery of the Year” by the New York International Beer Competition. They took home a silver medal for their Tucker Lager and two bronze medals for their TKR Pilsner and Georgia Red Lager. Earlier this year they were named one of USA Today’s “Ten Best Beer Gardens in the US.”

Once a year, Fire Maker Brewing Company’s dragon, Mungo, transforms the taproom into Honahlee-Land. This year, the event happened Saturday, Aug. 7, and featured the release of a new brew called Honahlee-Land Hazy Triple IPA. Music was provided by Big City Twisters, Kaya’s Embrace, Rae and the Ragdolls, and DJ Mobius.

Iron Hill Brewery, which got its start in Delaware, has opened their 20th location in Atlanta near Phipps Plaza on Peachtree. They are the most award-winning brewery east of the Mississippi, and now Atlanta will get to find out why.

Gate City Brewing in Roswell has opened a new taproom that focuses on craft cocktails. The Artillery Room is located right next door to the main brewery and features a space that once burned to the ground, but has since been completely renovated. They’ll feature a rotating tap of eight different cocktails at all times, and the vodka is made in house.

East Atlanta Village’s newest brewery, Sabbath Brewing, is FINALLY open after years of fighting over various Atlanta city ordinances about serving alcohol near a tattoo place. Stop by and try one of their new brews, like their 6.66% saison called See You in Hell. This Friday the 13th they will also feature an artist market, “Market of the Beast.”

Join Round Trip Brewing on the Westside on the last Wednesday of every month for Comedy Night presented by Hissy Fit Comedy. It features an hour and a half of local comedians for free — just enjoy a couple of brews while you are there!

Downtown’s Woodruff Park hosts the next edition of German Bierfest from 1-6 p.m. on Saturday, Aug. 21. Your ticket price includes a souvenir tasting glass, and the sampling of over 50 varieties of beer and wine. Various food vendors will also be on site featuring authentic German cuisine, and authentic German music performances. Tickets available at bigtickets.com/events/assc/germanbierfest.

Kennesaw’s Horned Owl Brewing has a new beer release, Elusive, a nitro milk stout with notes of dark chocolate, figs, dates, coffee and a subtle bitterness. Also, join them for live music every Friday from 6-10pm. August 13, check out Men in Blues, and on August 20 you can hear Courtney Dickinson.

Six Bridges Brewing in Duluth also features a new release, this one called Feierabend, a Marzen lager that hits their taproom in about a week, and the return of two favorites, Love Tractor, a fresh peach IPA already in the taproom, and Sour Continuum with Key Lime, a sour ale that tastes like your favorite pie which will be out soon. They are having a Blood Drive on Monday, August 30 from 11 a.m. to 4 p.m. at the taproom — donate and receive a ticket for a free beer!