THE BLOTTER: Accessorizing with flair 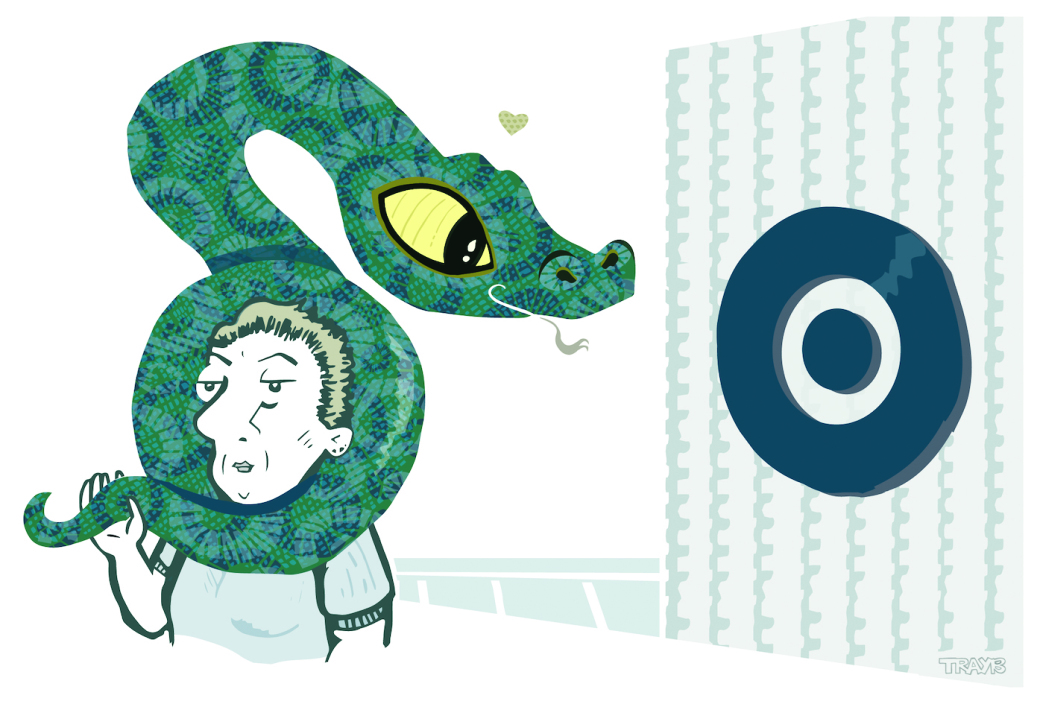 OK, most of the time, NextDoor is annoying AF. But every once in a while, it’s hilarious.

An Oakhurst woman described her bizarre experience at Target. “We saw a family in Edgewood Target this afternoon all with a variety of snakes wrapped around their necks. We stopped and stared at them for a bit because obviously they wanted attention. Is this normal? Were they comfort snakes? How odd.”

A different woman replied, “My fat ass read this as snacks.”

Another comment: “Excuse u, this is my emotional support snack necklace.”

Another comment: “There was a reptile show this weekend.”

The first Oakhurst woman replied, “OK, but do the reptiles need to go to Target afterward??!”

A 31-year-old man stole a horse near the Georgia-South Carolina border and tried to hide it in a bedroom — not his own bedroom, not even his own home — a bedroom in his dad’s house.

How did he got caught? A woman spotted the man riding the horse down the country lane and coaxing the horse into his dad’s home in Oconee County, SC.

The son wasn’t even supposed to be inside his father’s house (police already had a warrant out for the son’s arrest for other burglaries). The woman called the cops who notified the dad who raced home and met authorities there.

A sheriff’s deputy wrote, “The horse appeared to be calm, and I continued following [[[the son] into the bathroom,” where the son was arrested.

Deputies contacted the horse’s owner who says his Quarter Horse is valued at $6,500 and his horse now has a red cut on a front leg that was not there before.

The 31-year-old son is charged with stealing livestock and faces other charges related to different burglaries and thefts.

“A brick wall atop the Wildman’s Civil War Surplus store was vandalized with what the alleged culprits described as ‘Antifa Smurfs’ that resemble the blue cartoon characters,” according to the Atlanta Journal-Constitution.

Apparently, the activists did their homework to successfully pull off this caper. About six months ago, the activists pretended to be Civil War buffs and befriended the 90-year-old owner of Wildman’s Civil War Surplus, a man named Dent “Wildman” Myers. The activists allegedly got Myers’ permission to redesign the Confederate store’s mural and logo, which features armed Confederate soldiers and the store’s name. But owner Myers didn’t know what design they would choose.

In addition to the blue Antifa Smurfs, the activists replaced the store’s name, Wildman’s Civil War Surplus, with the phrase “Respect Existence or Expect Resistance.”

The activist group Indecline, which targets racism and social injustices, is taking credit for the caper, calling it a “large-scale art installation.”

A Georgia surfing instructor says he’s “more than lucky” after a shark attacked him while he was teaching children.

Atsushi Yamada owns Hot Sushi’s Happy Surf Camp Aloha on Tybee Island. He was on his surfboard helping a student back to shore when a shark bit him on the leg, he tells WRCB. Yamada tried to stay calm  to not startle his young students. After paddling back to shore, he got a lifeguard to call an ambulance.

The shark — and its teeth — left three significant gashes on the instructor’s leg, requiring several stitches at a local hospital.

Yamada is “super duper thankful” that he was the only one in the water at the time of the attack. “It [[[could] have been much, much worse,” he posted on Facebook.

Yamada insists he has a renewed outlook on life since the shark attack. “I feel more alive,” he told WJCL-TV. “I feel like I want to do more.”

A FedEx driver was delivering a package to an apartment complex on Wilmington Island near Savannah. He drives  through a grassy area, backs up, hits one car, backs up again — and hits two trees and a utility pole.

A police officer arrives and asks the Fed-Ex Driver: Where’s your driver’s license?

The driver answered: It’s in my lunch box. Take a look.

So the cop opens the Fed-Ex driver’s lunchbox — which contained two empty bottles of Amsterdam vodka.

The driver was charged with DUI.

Special hat tip to a new “Friend of The Blotter” for that one!

A new trend in Savannah has emerged in recent weeks. Several people who pay their utility bills via snail mail — and put their mailbox flag up to signal the postman for outgoing mail — have started noticing their payment checks disappearing from their mailboxes.

Apparently, suspects are whiting out the check-writers’ signatures and replacing them with their own names — you know, the real names of the criminal suspects. Then, the suspects increase check payment amounts to sums just under $2,000 and electronically deposit the checks into their own bank accounts. Stupidly, all the suspects’ names show up in databases as real people.

One Savannah mother inadvertently implicated her own son. The mother noticed a pile of mail sitting in her home, but all the mail was addressed to her neighbor. The mother did the kind thing and took the wayward mail to the female neighbor’s house. The neighbor thanked the mother and mentioned that her utility payment check was stolen from her mailbox recently. Turns out, the mother’s son allegedly was the culprit. —CL—

The Blotter Diva compiles reports from the Atlanta Police Department and local news — and puts them into her own words.