PAC says “anybody” but Reed for mayor 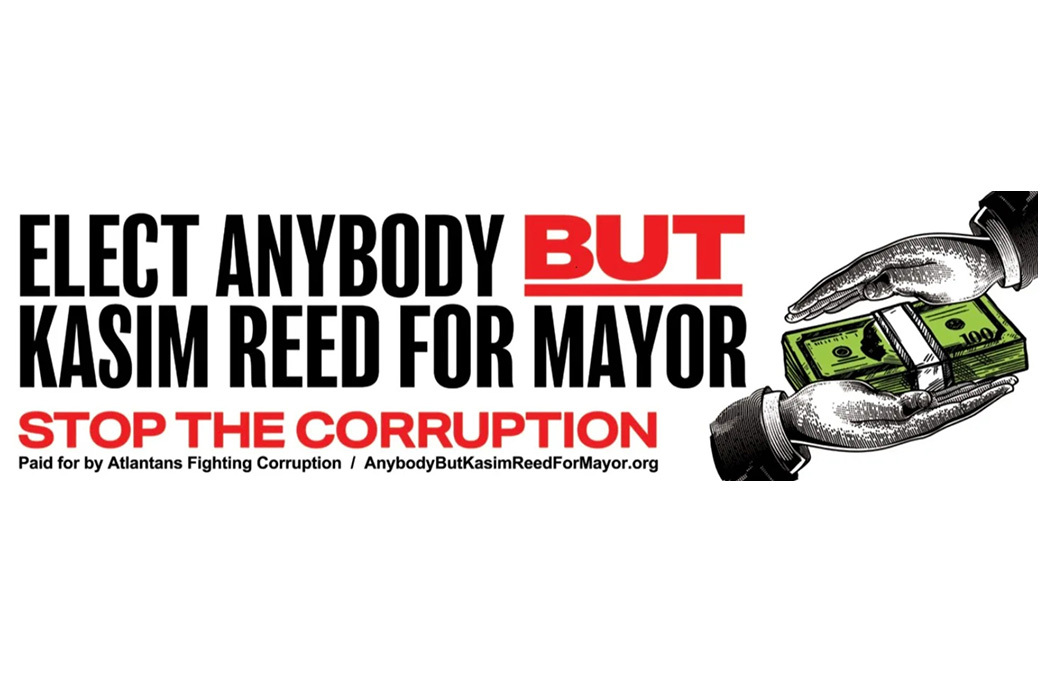 Photo credit: anybodybutkasimreedformayor.org
By CL News Staff Wednesday October 13, 2021 06:00 am EDT
A political action committee called Atlantans Fighting Corruption has paid for a billboard critical of mayoral candidate Kasim Reed to be erected in Midtown. “Elect anybody but Kasim Reed for mayor,” it says in bold letters. The PAC’s website states that when Reed was in office, he behaved as if he “could do anything he wanted to do without regard for the law, the city code, best government practice, urgent community housing needs, fair compensation of employees, and civil discourse.”  anybodybutkasimreedformayor.org/