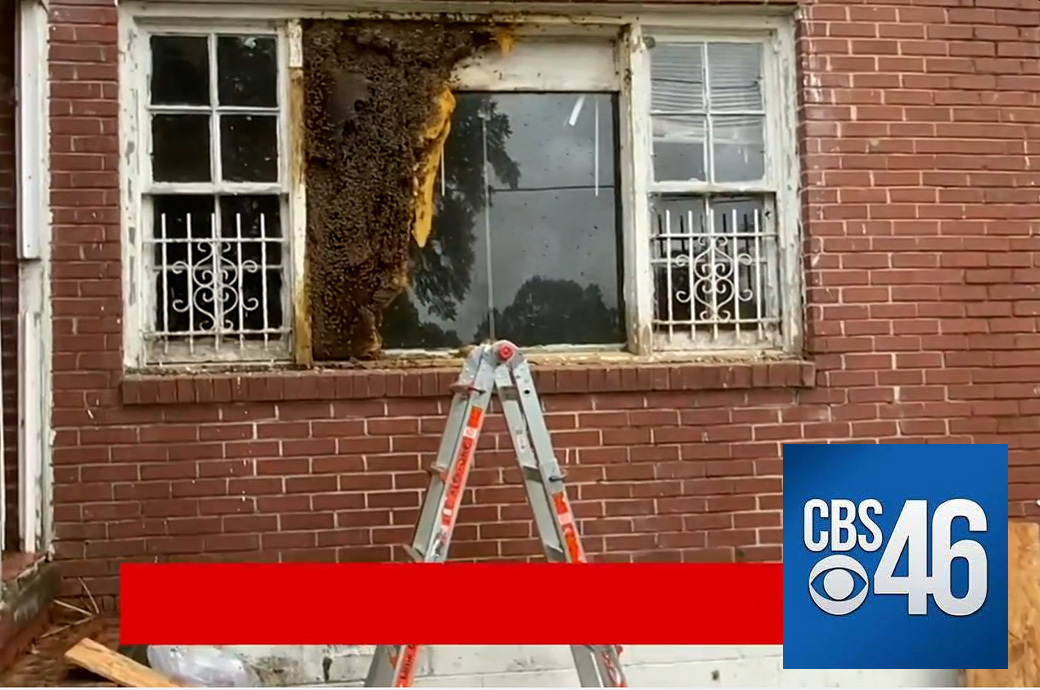 Photo credit: Courtesy CBS 46
By CL News Staff Wednesday October 13, 2021 06:00 am EDT
A honey beehive containing thousands of bees has been safely removed from inside a house in an Atlanta neighborhood. Nearby resident Matthew Sease said the hive became apparent in the spring and grew daily since then, with masses of bees swarming adjacent yards. The United States Department of Agriculture has stated repeatedly that bees — whose numbers are in decline — and other pollinators are vital to the food production system and should not be harmed. newsweek.com