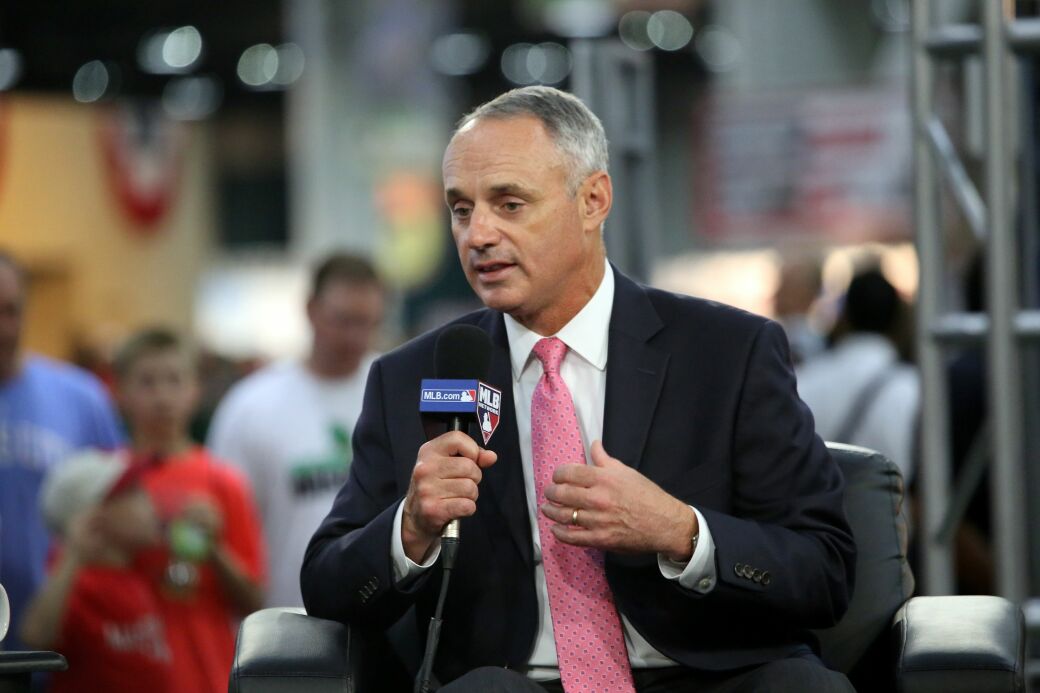 Photo credit: Arturo Pardavila III/wikipedia
MLB Commissioner Rob Manfred
By CL News Staff Thursday October 28, 2021 06:00 am EDT
Major League Baseball Commissioner Rob Manfred is once more being accused of tone deafness after remarks he made on Tuesday in Houston just before the start of Game 1 in the World Series. When asked about the Braves team name and the fans’ pervasive tomahawk chop, Manfred responded, “We don’t market our game on a nationwide basis. Ours is an everyday game. You’ve gotta sell tickets every single day to the fans in that market. And there are all sorts of differences between the regions in terms of how the teams are marketed.” Then he added, “The Native American community in that region is wholly supportive of the Braves program, including the chop. For me, that’s kind of the end of the story.” forbes.com