Arachnophobes have a new worry. 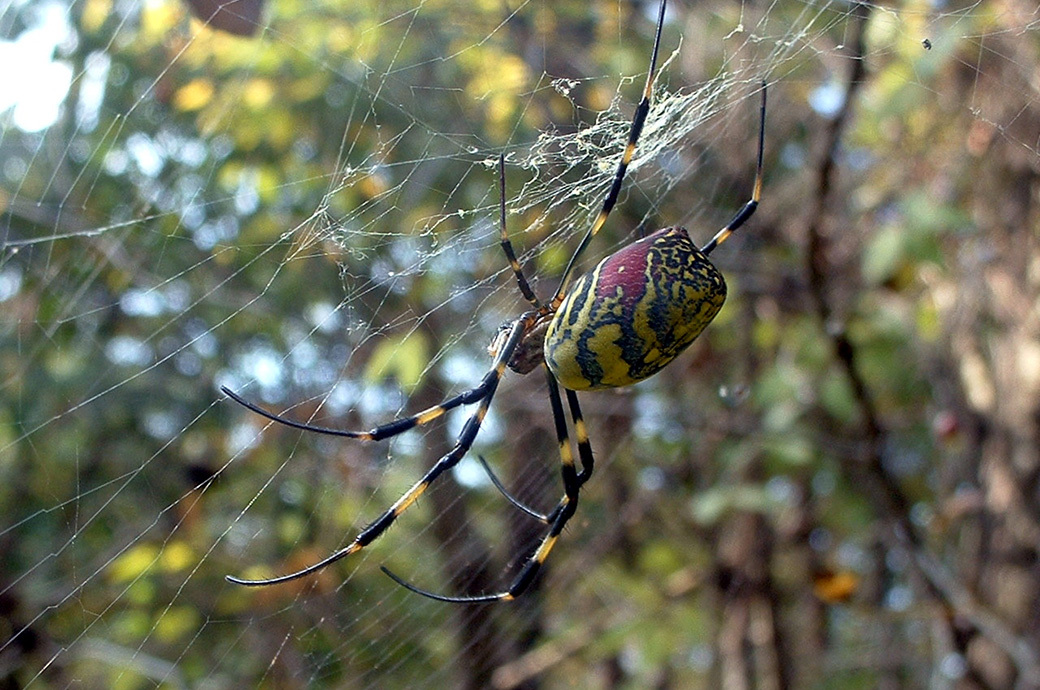 Photo credit: Twistingpoetry/wikipedia
The Joro spider - now making its home in Georgia
By CL News Staff Tuesday November 2, 2021 06:00 am EDT
A proliferation in Georgia of a large spider native to East Asia is giving arachnophobes sleepless nights. Trichonephila clavata, commonly known as the Joro, is an orb weaver normally found in Japan, China, Korea and Taiwan. Females have yellow, blue and red markings on their torsos and can measure up to three inches across. UGA entomologist Will Hudson estimates he has killed at least 300 Joros on his Winterville property, and thinks the species is likely to spread across the South. Researchers at South Carolina’s Clemson University said they “do not yet know if there will be any negative impacts from this non-native species on the local ecology.” nbcnews.com