Something fishy in Florida 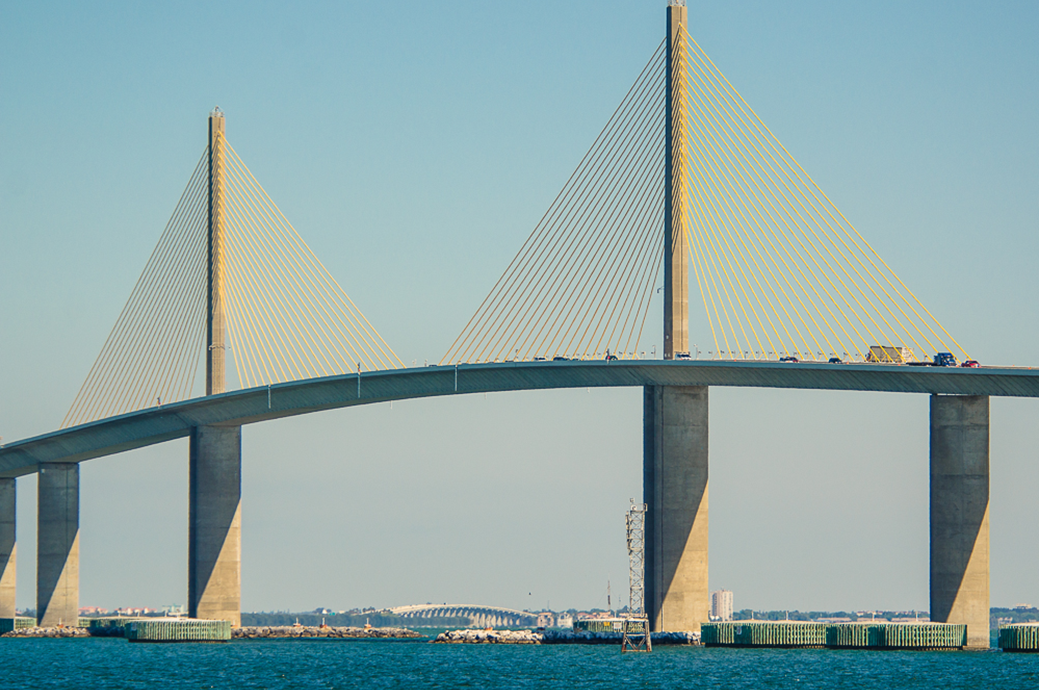 Photo credit: Robert Neff/wikipedia
Sunshine Skyway Bridge, St Petersburg, FL
By CL News Staff Tuesday January 11, 2022 06:00 am EST
Ten fishermen from Atlanta have been arrested for using illegal nets measuring “more than four and a half football fields” to catch a hoard of fish and sharks weighing at least 500 pounds. According to the Florida Fish and Wildlife Conservation Commission, monofilament entanglement nets, or gillnets, have been banned in the state since 1995 and their use constitutes a third-degree felony punishable by five years in prison and a $5,000 fine. Acting on a tip, wildlife officers conducted surveillance and caught the individuals operating near the Sunshine Skyway Bridge in St. Petersburg. wftv.com