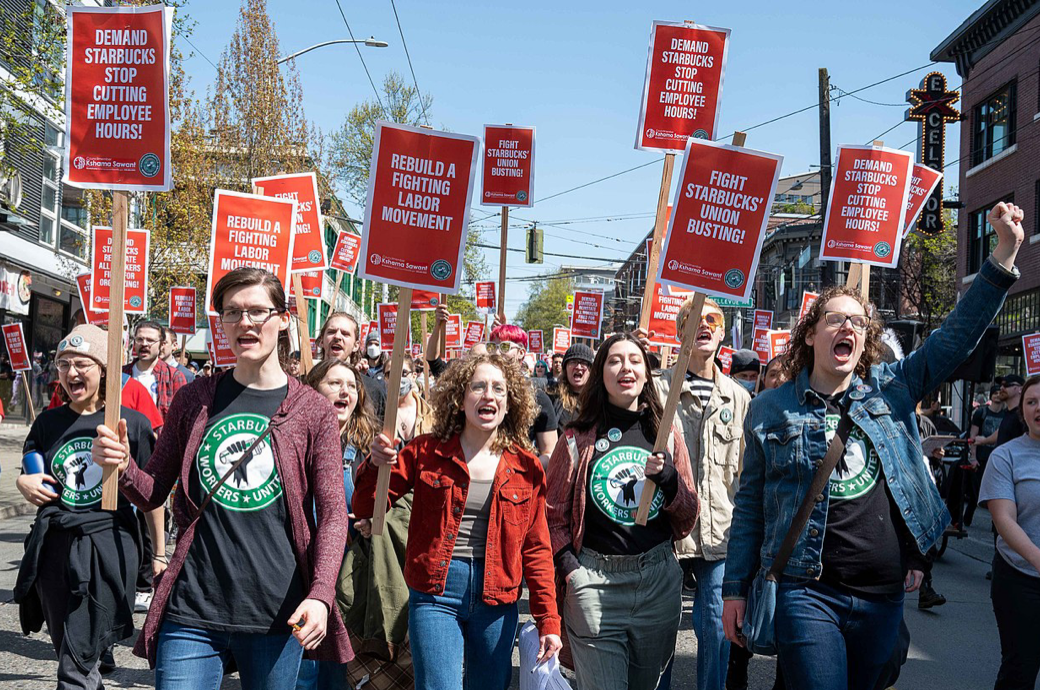 Workers at a Starbucks shop on Howell Mill Road will decide on Friday whether to form a union in a bid for bargaining power. As previously reported, employees at the Cumberland Mall Apple location are also angling for union membership with a vote set for June 2. Both campaigns are being aggressively opposed by the respective companies.

Organizing drives in Georgia are a rarity. The Bureau of Labor Statistics estimates just 5.8 percent of the state’s workforce are union members, ranking 43rd in the country. The trend is growing though, says Starbucks barista Page Smith. “People who were slightly interested are extremely interested now because of the behavior and response of the company. They want to make sure that their voices are heard.” ajc.com