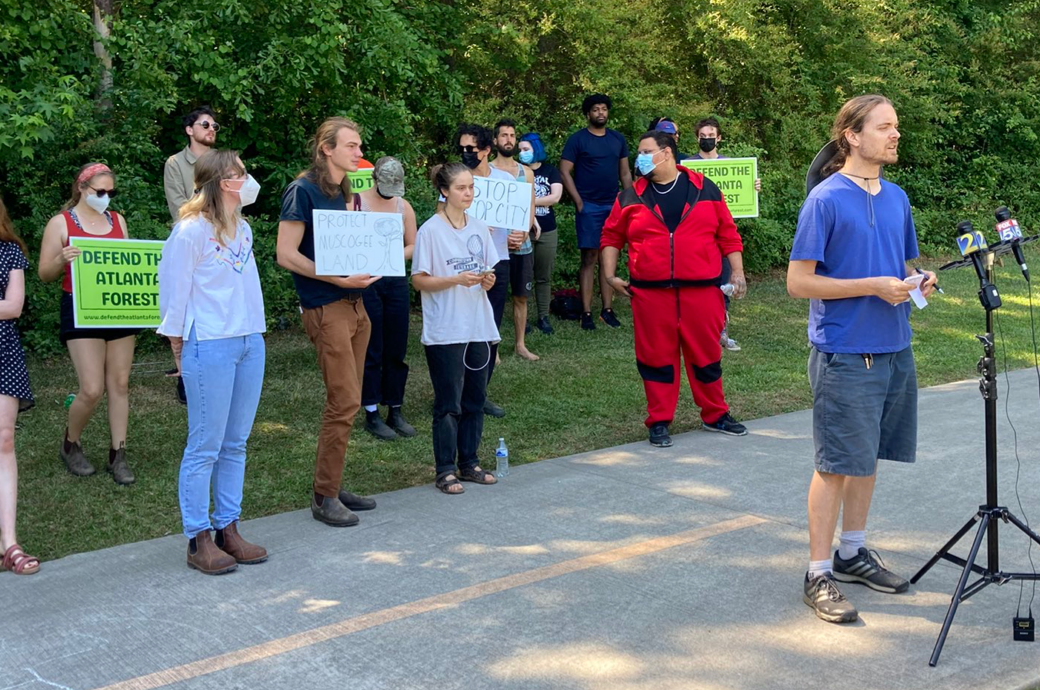 At least eight people were arrested Tuesday at the site of a planned $90 million public safety training center that has been occupied by opponents attempting to prevent construction on the environmentally fragile land. Rocks and a Molotov cocktail were hurled at officers by protesters, police said. APD Assistant Chief Darin Schierbaum told reporters charges would include criminal trespass and obstruction of law enforcement officers.

"The drastic response of police militarizing against people trying to protect our forest and our local community is very concerning," a local activist told 11Alive. "Militarized police is not how we keep the community safe.”

In a plan approved last year by the Atlanta City Council, the 85-acre property in unincorporated DeKalb County is set to become a shooting range, a mock village, an emergency vehicle driving course, stables for horses, a place for classrooms, and a “burn building” where firefighters will practice extinguishing fires. apnews.com