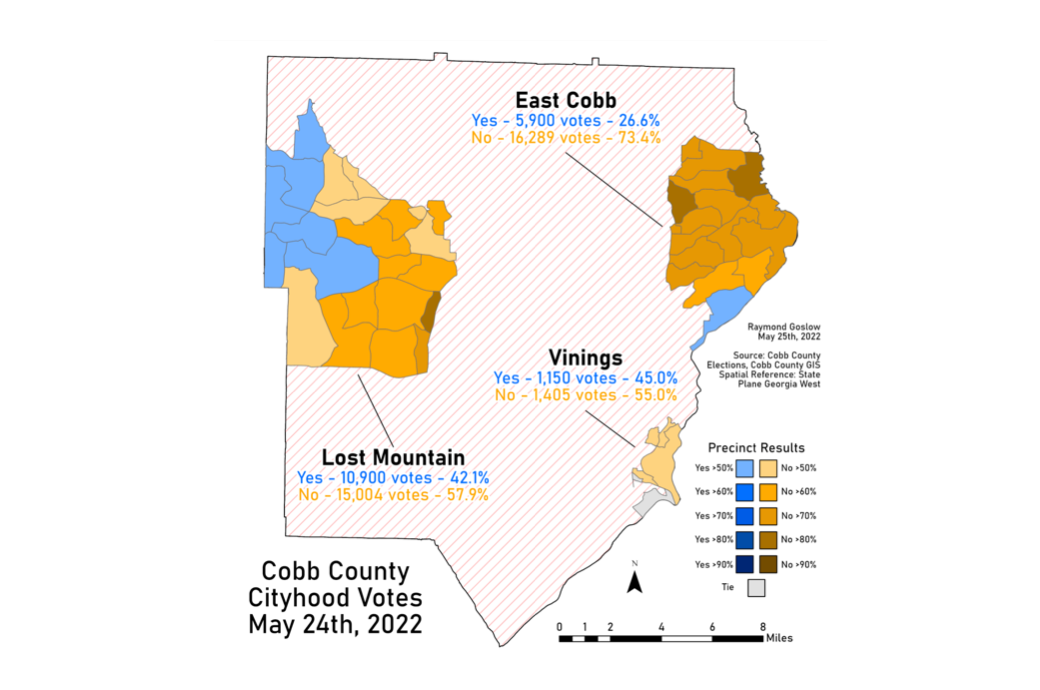 The cityhood aspirations of three Cobb County burgs came to an abrupt halt this week with a decisive defeat of ballot referendums. The would-be cities of East Cobb, Lost Mountain, and Vinings are among the wealthiest and whitest neighborhoods in Atlanta’s western suburbs, but their efforts failed to get traction at the polls.

Proponents had argued that only by creating their own cities could they prevent county leaders from adding mass transit, high-density apartment complexes and subsidized housing to their communities. This leaves Mableton as the only place in the county still considering its cityhood options, with local voters deciding its fate on a ballot in November. bloomberg.com