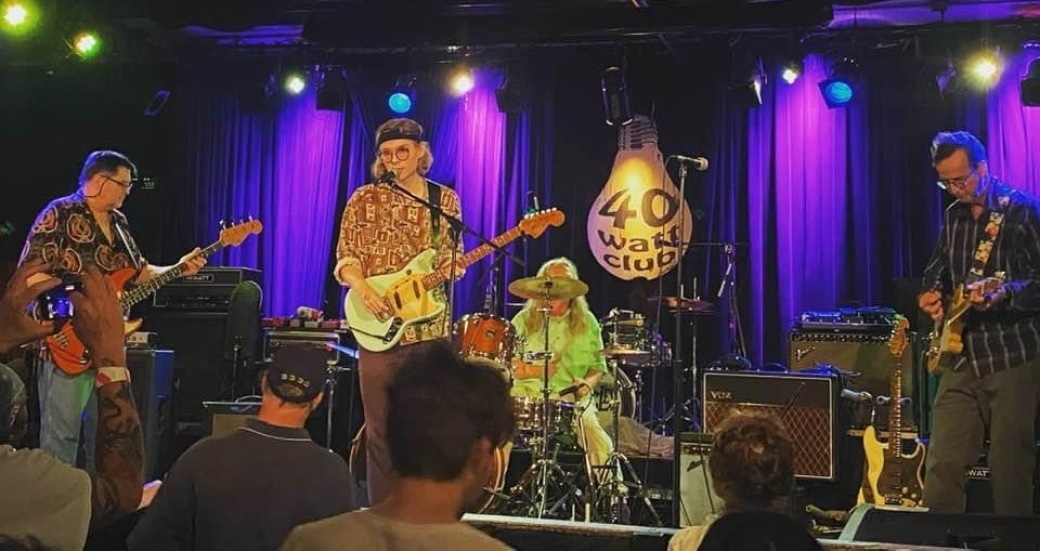 For my money, (wait, it’s free) the appearance of reCurrent Rage — yes, originally raging as Current Rage — is the big highlight here. Originally formed in 1979 by Chris Bewley and John Moore, Current Rage is one of the few bands from the Atlanta/Athens proto-punk/college rock epoch that is presently playing live. Although they never broke through nationally, Current Rage was highly regarded for their brash, energetic, and rhythmic sound which showcased a two drone-based guitar sound with crunchy, first-position chords. The fast frenetic drumming of Paul Lenz helped propel Current Rage onto shared stages with such luminaries as Pylon, REM, the Method Actors, The Brains, The Swimming Pool Q’s and Love Tractor. With Bryan Lilje and Oliver Bewley, son of Chris Bewley, joining original members Lenz and guitarist Moore, this rare live treat should not be missed.
Also appearing is Lynx Deluxe. Fronted by bassist Lucy Theodora and former Nightporter Andy Browne, Lynx Deluxe has a sonic depth that is well represented on their new CD, Jungleland (Drivin N Cryin Records). This writer has yet to see them live so their inclusion at the Radio Tucker Music Fest is a huge bonus. Browne needs no introduction to the Atlanta music scene and with Lynx Deluxe he’s been busy getting out onstage exposing music fans to his current project. They have been receiving great notices throughout the southeast. This gig should be sudsy blast. —CL—