SCREEN TIME: The mother and the monster

Deadwyler and Blanchett are the Best Actresses in ‘Till’ and ‘Tár’ 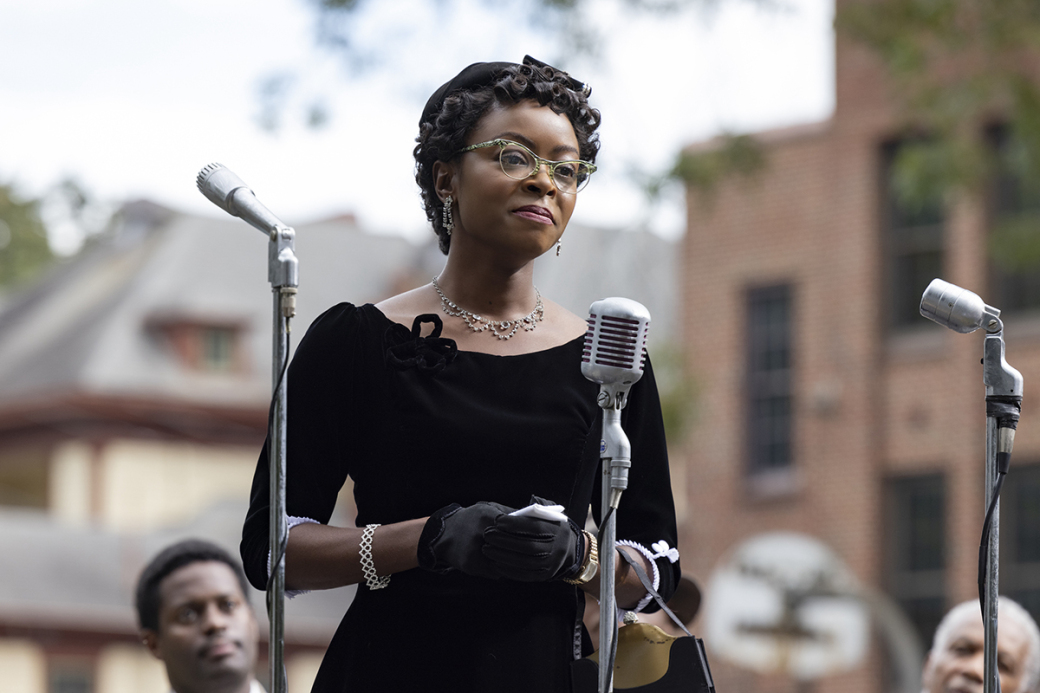 Recently Atlanta playwright Lee Nowell posted a Facebook message than began like this: “When Synchronicity Theatre was holding invited auditions for my play Beyond Reasonable Doubt: The Troy Davis Project, I told Rachel May, who was directing, that I was worried we wouldn't be able to find an actress to play the most challenging set of roles.

Deadwyler, an Atlanta native and Spellman graduate, has been an esteemed local theater actor for years while amassing increasingly prestigious TV credits on television (including appearances on the HBO miniseries “Watchmen” and “Station Eleven”). Hollywood has finally recognized what Atlanta knew all along and started casting her in features. Last year she gave a scene-stealing supporting turn in last year’s Black western The Harder They Fall and now, with the civil rights drama Till, the kind of role based on a real, heroic person that demands Academy Awards attention. It’s like she’s living out the cliché “an overnight success that was years in the making.”

If Deadwyler weren’t so good, Till would risk being a punishing experience. In 1955 Chicago, Mamie Till reluctantly sends her son Emmet (Jalyn Hall) to visit relatives in Mississippi while painfully aware of the state’s institutional racism. Irrepressibly high-spirited, “Bo” doesn’t appreciate his jeopardy when he whistles at a white woman at a candy store in a Jim Crow town. He’s subsequently taken from his relatives’ home and found dead in river days later.

Reeling from the shock of her son’s death, Mamie nevertheless makes the calculated decision to have open-casket viewings of her son’s maimed, bloated corpse, so his body (and the subsequent press coverage) can bear witness to the violence perpetrated on him. Mamie shows similar courage when she goes to Mississippi to testify at the trial of her son’s killers, despite the risks to her safety and the inevitability of the verdict being rigged.

Till is co-written by filmmaker Kenneth Beauchamp, who covered the material in the 2005 documentary The Untold Story of Emmet Till and hews closely to the historical record. Till doesn’t avoid the gross brutality of the white characters – a white sheriff even opines that the Till family are, in effect, crisis actors perpetrating a hoax, giving the film some grim topicality.

But Nigerian-American director Chinonye Chukwu keeps the film centered on the Black characters, studiously keeping white characters from the spotlight. When Mamie testifies, the camera scarcely leaves her face. At one point, when recounting some of her last words to her son, one of Deadwyler’s eye twitches in distress, in a way I’ve never seen in a movie before.

Till’s cast includes established stars like Whoopi Goldberg and Frankie Faison, but were it not for Deadwyler’s work, Till might seem spare and conventional to a fault, instead the lead actress gives a rich, subtle performance that never seems repetitious: she finds shadings of Mamie’s grief, anger and resolve so that each scene seems to play slightly differently, but consistent within her ordeal.

Whether or not Deadwyler gets an Oscar nomination, hopefully Till will affirm her status as a great American actress of any medium. If filmmakers continue to make challenging material, one can imagine future casting directors reassuring them with the words, “Don’t worry, Danielle Deadwyler is coming.”


Till opened in Atlanta the same day as Todd Field’s Tár, another film anchored by an actress’s monumental performance. Cate Blanchett portrays Lydia Tár, a world-renowned conductor and composer with an undeniable passion for her work. She’s also a kind of monster, so worshipped and protected that she embodies haughty entitlement and turns into a condescending bully when challenged, or even in the face of mild disagreement.

As Lydia prepares for such career highlights as publishing a book and conducting a monumental symphony, the film gradually reveals that she’s been indulging in sexual improprieties that her wife (Nina Hoss) and assistant/former mistress (Noémie Merlant) silently tolerate. When one young girlfriend refuses to go away quietly, Lydia’s ivory tower begins to crumble.

In the Bedroom and Little Children director Todd Field helms his first film in 15 years by deliberately withholding information and obvious emotional beats. Over two and a half hours, Tár could feel cold or remote if it didn’t pay off so satisfyingly as it goes along, building tension and making quiet revelations.

Blanchett seems to flourish in this quiet, closely-observed approach. She gets big, fiery speeches but can also “go small” to great effect. You don’t quite sympathize with Lydia’s worsening plight, as she definitely gets what she deserves. But you can still recognize her feelings and motivations on a scene-by-scene basis, like you’re spending a few hours in this maestro’s immaculately-tailored tuxedoes. Despite its 21st century echoes of “#MeToo,” Tár unfolds as a classic tragedy, with an unquestionably great individual undone by her own hubris. —CL—

Black Panther: Wakanda Forever — Chadwick Boseman’s tragic death due to colon cancer casts a real-life pall (and extensive rewrites) over Ryan Coogler’s sequel to Black Panther, one of the most acclaimed and popular films in the Marvel Cinematic Universe. With Boseman’s King T’Challa dying in-continuity, his surviving family and loved ones (including Letitia Wright, Angela Bassett and Lupita Nyong’o) must face the hostilities of the amphibious war-lord Namor (Tenoch Huerta). Partially filmed in Atlanta, like its predecessor.
Opens Nov. 11 at area theaters.

The Fablemans — Steven Spielberg emulates the likes of Fellini’s Amarcord with a semi-autobiographical account of his own childhood. Budding film fan Sammy Fableman (Gabriel LaBelle) finds himself caught between his free-spirited mother (Michelle Williams) and his more scientific-minded father (Paul Dano) in this comedy-drama that won the People’s Choice Award at the Toronto International Film Festival.
Opens Nov. 23 at area theaters